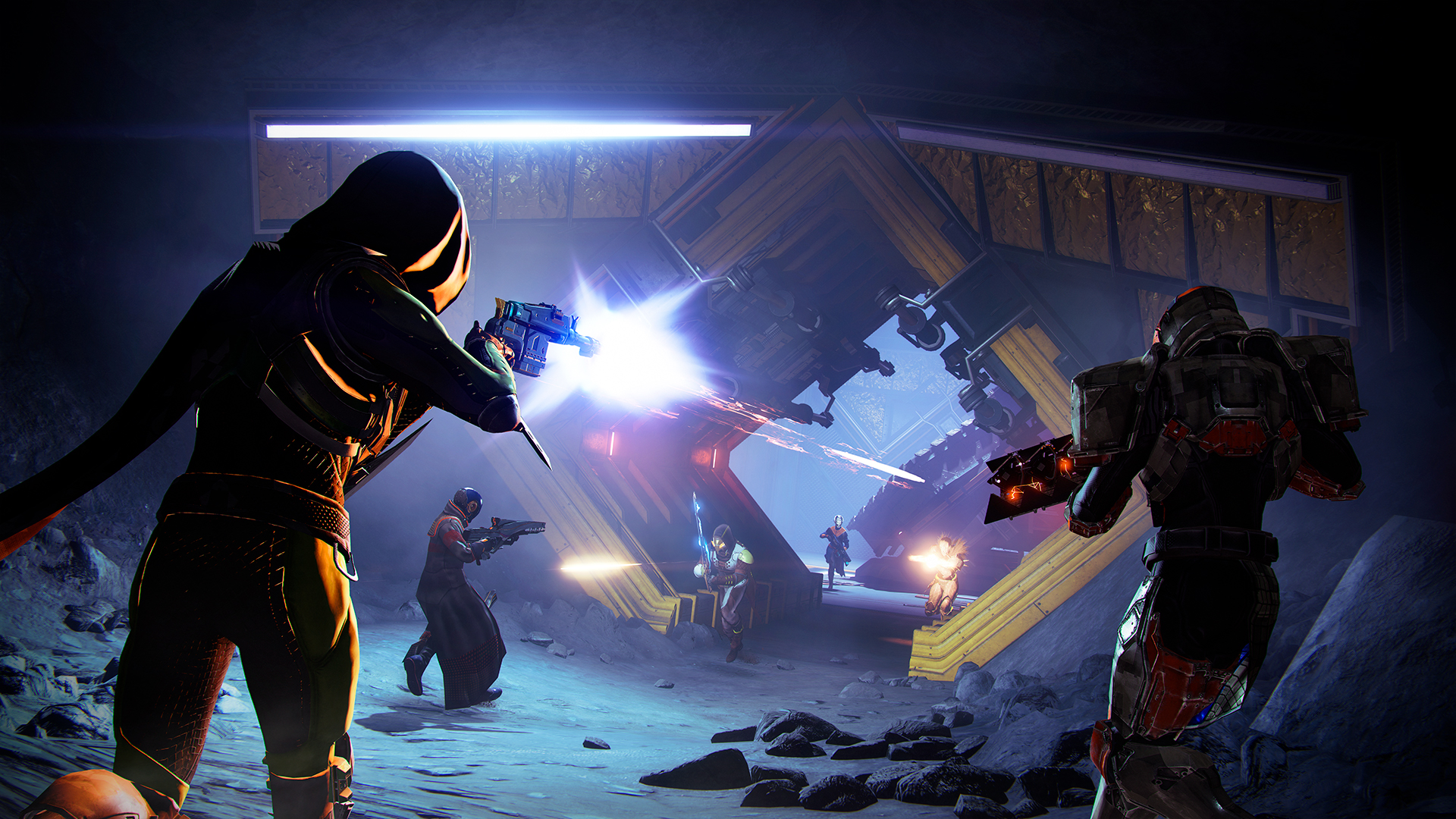 Lovers of video games, your moment has come. Today we will be discussing the game Destiny 2 and the updates on its season 18. The season is said to be the only season that will be in play before the Witness (the game’s badass villain), will make his way into the Sol system. The game is developed by Bungie and is directed by Christopher Barrett, Luke Smith and Ryan Ellis. Jason Harris and Christine Thompson are the writers and Patrick O’Kelly is the producer of the series.

The King’s Fall, Wrath Of The Machine and Crota’s End are the only three raids left to be remastered, and from these raids of Destiny 1, one could be available as a remastered version in the Season. The trailer will be released soon, and we expect a clear flow which will explain all the events to happen in the 18th Season. Can’t wait for it? You are not alone, we have gathered all the information and announcements we could find to inform you about the details on Season 18th to people with an interest similar to ours. This article is definitely going to entertain all the fan questions and queries and, hopefully, could be your perfect shot at gaining the information you have been curious about after the news release.

Through their blogs, Bungie has confirmed the details of the season 18 raid. The raid will be out from the Destiny Content Vault on 23rd August, 2022, being showcased to fans and players. As of now, we haven’t received any news on the title or reliable hints on the name of the raid, but our answers will soon be brought to light after the new raid goes live at 10 am PT, 6 pm BST and 1 pm ET, on 23rd August.

The makers have also reported the changes which will be familiar to players who have been together with the game for a long time. In the event named Lightfall, the season 17th Or Season Of The Haunted will finally come to an end. The Solstice Of Heroes Event will mark its final end and the built-up tight suspense of the big events and plans will be released. The Contest Mode will be enabled for 24 hours after the game launches, and players need to have a high 1560 power to be eligible to be at the cap of all encounters. The Contest Mode in the raid plays an important role in gaining the Challenge Mode for the Director and special Triumph for moving forward by beating the Triumph encounter challenges. On completion of Secret Triumph, the new Challenge Mode will allow the fireteam to cross the World First finish line, winning a prize.

Enforcing the Triumph requirements in the Challenge Mode will wipe out your whole team, in case you fail the success conditions in any encounter. Not much information is revealed regarding the details of Season 18, but we do know that this season will mark the debut of Ark 3.0 after the successful arks Solar 3.0 and Void 3.0. The Disjunction map will be seen in the general Crucible rotation pool. After the Dual Dungeon addition in Season 17th, many are anticipating the release of a fresh new raid in the coming season. Many fan theories have surfaced regarding the six-player endgame activity, with many claiming that the raid would focus on giving importance to an older raid like the Leviathan, which was added as a patrol destination in the ongoing 17th season.

King’s Fall or Wrath Of The Machine are some of the raids from Destiny 1 that are predicted to return. Season 19 will introduce a new dungeon as reported, but further details will be confirmed during the 23rd August release. The recent Bungie blog post says the developers are working on skill-based matchmaking, where the connection quality will be assessed and like-ranked players in terms of skills will be identified and this process will be seen through the Season 19th.

ALSO READ: Does Naruto Teach Boruto Sage Mode? If Yes, Why Didn’t He Use It?

The season will most likely revolve around SIVA. The story will be backing the momentum towards the start of Lightfall (available completely somewhere in 2023). Updates on Rasputin’s story will be confirmed and we will finally be able to confirm whether Al Warmind will finally get a new body, as the rumours say. The Witness will also be introduced in the expansion, and there are chances we will be informed about his cohorts, the same way as it was done with Callus in Season Of The Haunted. The Bound In Sorrow question has ended and Vanguard and Cabal are stronger together than ever. Their alliance seems to be for the best and the Mithrax updates can be given along with those of the House Of Light. The prior showcases have focused on the Witch Queen expansion, and the events have revealed that the Light and Darkness saga is set to end in 2024.

According to the Season Of The Haunted Server, The Witness has gained a new disciple, who is in the form of a deposed Cabal emperor, Callus. The new alliance between the Eliksni and the Cabal empire, along with the Savathun and Hive brood being Lightbearers, are some of the major events in the season which will be the framework for the story in the next season. The plot of the Destiny 2 stories has changed on multiple occasions, and has improved a lot every time, gaining praise from critics. The story initially started with the idea that the events are divided into Player versus Player (PvP) and Player vs Environment (PvE) types, featuring raids, dungeons and strikes. Players have to take the roles of Guardians, people with the power of Light who save the world from alien races and the terror of Darkness.

The story further develops, focusing on different aspects and finding new and fresh storylines. The Guardians took some time off at the Solstice event, where customizable armour is available and players can complete various challenges to unlock a new seal. Season 18 will follow the Season Pass model, which is available for purchase at £10 or $12 per season. The holders who have Witch Queen Deluxe Edition, you guys are all set for the 18th and 19th seasons. According to the Bungie blog posts, the Tower’s Gunsmith, Banshee-44, will be getting an overhaul in the upcoming 18th Season and Daily Gunsmith bounties will award 50 reputation points instead of 25, making players earn a max of 200 reputations in a day. Legendary or Exotic gear dismantling will make the players earn more reputation and points, climbing from 3 to 5, which means leveling up in a shorter period of time while earning in excess would be possible.

Chain Lightning will be the focus of Ark 3.0, making the large group extermination fun. Solar 3.0 and Void 3.0 will now be closer to Statis after being introduced to a number of buffs and debuffs to use against enemies. Ark 3.0 is also the testing ground for Synaptic Spear attacks formed back in Season Of The Risen, as suggested by the lead of Sandbox, Kevin Yanes. Peace bond Sidearm Archon’s Thunder Machine Gun from Iron Banner activity, PLUG ONE.1 Fusion Rifle, The Hothead Rocket Launcher from Nightfall, Eye of Sol Sniper Rifle and the Summoner Auto Rifle from Trials of Osiris, are the weapons which are confirmed to be removed from the game, while we are yet to confirm the ones which will be added in Season 18.

Where To Buy Destiny 2 Online?

The action MMO is available anytime, anywhere for free. Players can purchase the seasons in the yearly Destiny 2 Digital Deluxe Edition, which will provide you with a year’s worth of content. The game is $60, two expansions of $20 each, an expansion of $40, and an annual pass of $30, making it $170 when totalled. The game does provide purchasable in-game items, but the purchased items will not give you an advantage over the items won from the game or any other advantage which follows with the purchase. The game has been growing and providing the players with various interesting missions, so now is the best time for players to start playing the game. Many satisfied players have left interesting reviews regarding the game and you can go through them and learn more interesting facts.

With this, we end our article on the updates regarding the Destiny 2 Season 18 Release Date and related details. We hope this article was informative and covered almost all of your queries regarding the games’ release. In case of further updates, we will release an updated article and inform you of the same.