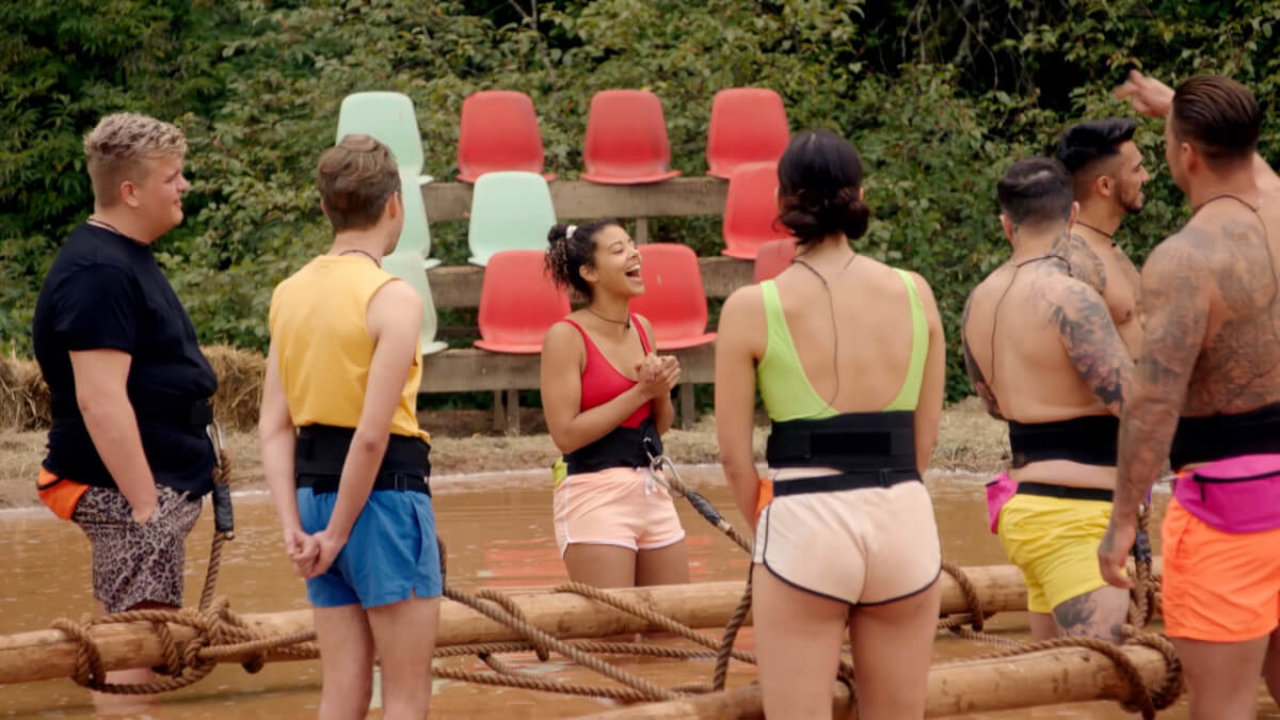 Killer Camp is a game show created by James Donkin and Ben Wilson. The show brings 11 contestants to a lakeside lodge where they’ll be a part of a thrilling game. Within the contestants, there will be a murder which the other contestants have to find. They are given missions to earn money while identifying the identity of the murderer, while they are in danger of getting killed. The show received low ratings but was weirdly watched by a lot of fans. It originally premiered on 27th October 2019, as a Halloween special segment for ITV2, and went on for 5 nights till Halloween.

The segment turned out to be a fun and thrilling idea, which piques the viewers’ detective and criminal-understanding skills. The show was renewed as an original by CW, and premiered on 10th October 2021, in the UK. The series has a total of 2 seasons and 13 episodes, (1st season consists of 5 and the second one of 8 episodes, with an approximate runtime of 45 minutes). Ever airing its last episode on 8th December 2021, many fans are curious about the future plans of the show. If you belong to the same category, worry not! We will be providing you with all the updates on season 3, streaming methods and a bit more information you might find interesting.

CW, the subsidiary of Warner Bros, is expected to premiere the 3rd season of the show on 5th August 2022. Previously, CW has renewed its contracts with shows which haven’t received success or great ratings and Killer Camp doesn’t seem to be an exception. The next season is expected to bring more contestants in the third season along with the consistent creators and producers, and the original essence and thrill of the show are expected to be maintained. High stakes, better mind games, growing suspense and the game of nerves are expected to force the viewers to rack their brains while they try to understand the situation and find the murderer as he kills the other contestants and disrupts their missions.

With the condition of only one emerging winner, who would stand tall above the others? What new surprises does the series have to offer? The creators have managed to maintain the suspense as they are secretive about the plans they’ll be using to interest the viewers this season. Imagine, sitting on a rainy day, watching this show with the perfect set up of a sadistic thriller, a crime scene. We are updated with the news regarding the show and make sure to release more news as soon as we receive the contestant information and the episodes’ information.

ALSO READ: Is Clusterf*** Woodstock’99 Based On A True Story?

As of now, there is no trailer for the show and we are still waiting for a well-prepared trailer which will give us a clear insight into the season. However, we do have a teaser which was released on 10th July.  The teaser has crossed 1.4 k views on YouTube and the show teases the events which will happen on the show, as they capture the contestants in suffering and confusion. The teaser was extremely short, consisting of 20 seconds, and a lot of things were tried to squeeze in between the tight timespan. The trailer was really chaotic. We are provided with an overview of the show and the teaser ends with a big blast following the screams of the contestants. Like a literal explosion!

Where To Watch Killer Camp Online?

Killer Camp is currently streaming on The CW and CW Seed for free. Since the show is original, it won’t be available for streaming on any other platforms. Killer Camp season 3 will premiere its first episode on 5th August at 8 pm, and we expect the episodes to be released on platforms as soon as they are broadcast on television. It’s still too early to predict if the show will be available on other streaming platforms, as it has yet to receive the attention and popularity required by any streaming company. With this, we end our updates on Killer Camp Season 3. We hope all your questions were answered and we will make sure to fill you in with more interesting facts about the show in the future.