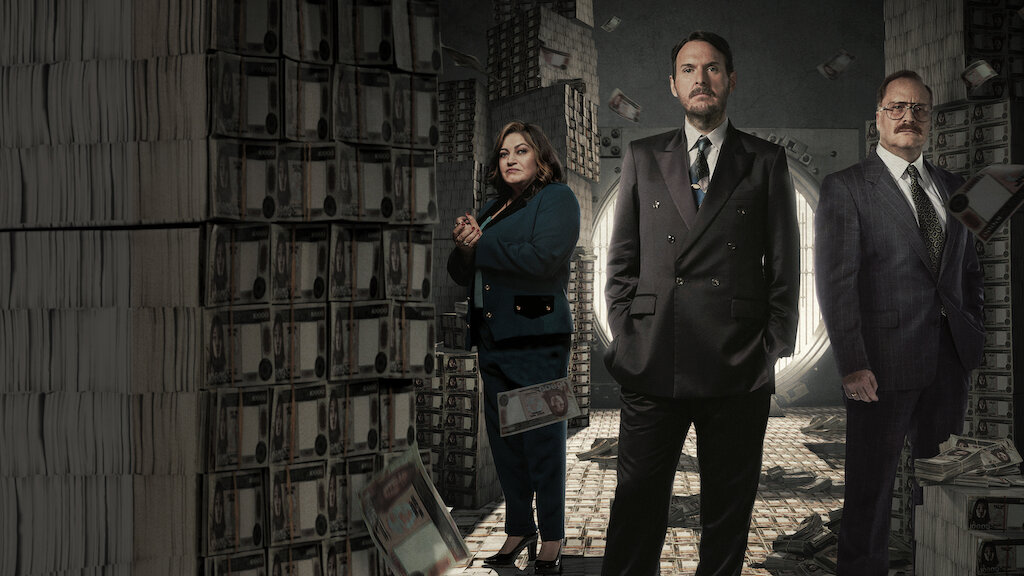 The Great Heist on Netflix tells the suspenseful tale of a gang of robbers that rob the Republic Bank in Columbia of almost 24 billion pesos. It is based on a robbery that occurred in 1994 and was the largest heist in history. However, this version combines or modifies nearly all primary characters and alters or changes many significant events. So what was the actual narrative?

Is Bank Robbers: The Last Great Heist Based On True Story?

Yes, This movie is based on a true event. The Banco de la Repblica (Bank of the Republic) “robbery of the century” took place on October 16–17, 1994, but the plot began in June of that year. The scheme’s mastermind was Benigno Suárez Rincón, with Alexander Flórez Salcedo serving as his second. They enlisted Jaime Bonilla Esquivel, who investigated the monitoring at the bank, and Juan Carlos Carrillo Pea, the head of the judicial police. The group discussed the robbery at Valledupar’s central square, but 20 days ago, Carrillo Pea was able to provide Bonilla Esquivel with information regarding the bank’s security.

Meanwhile, the heist’s financier Elkin Susa purchased welding rods from Canada and arranged for three people to learn how to operate them in Bogota. They eventually destroyed a bank vault. Days before the theft, on October 14, they sent tools back. On October 15, Bonilla Esquivel and Carrillo Pea had a noontime meeting. It’s uncertain if the theft was taking place or not when they met with the second lieutenant, as Bonilla Esquivel might have been attempting to deceive the officers. They explained that the crime would occur the following day. The police were to act as though the bank was performing standard maintenance while pretending to attend to the alarm if it went off. The actual theft started at 6 am on Saturday, October 15.

The attackers pretended to be fixing the bank’s air conditioners when they showed up in a red Dodge truck because it was a holiday weekend. A number of the attackers went inside the bank and unlocked the garage door to let the car in. While waiting, Suárez Rincón and Bonilla Esquivel could see the bank from the Hotel Sicarare. Just before 6:15 am, the security camera saw the truck approaching the frame. Carrillo Pea and the other lieutenants started their observation rounds when the vehicle entered. Winston Tarifa, a maintenance worker who had direct contact with Bonilla Esquivel, handled the bank’s door. Three other security officers were present inside the bank, all restrained and in danger. The burglars put welding equipment and turned off the alarms, but in the middle of the crime, the power went out, postponing the robbery and forcing the burglars to stay in the bank for 18 hours.

They obtained entry to the main crypt, where the money was stolen, by torching an armored door, breaking a pipe in a toilet adjacent to the vault, and entering through an auxiliary entrance. At 2:51 am local time, some 21 hours after the attack, the attackers could be seen departing on security tape. Tarifa was bound up with phony explosives in the control room. On Monday, October 17, Bonilla Esquivel was leaving the hotel early. The attackers traveled to a mattress manufacturer and loaded the cash onto two beer delivery trucks. One of the bank’s guards escaped that afternoon, and they called the police outside to report what had transpired. The money lost value immediately because the banks could recognize the taken bank notes after the robbery, thanks to their serial numbers. The criminals sold the bank notes at half their face value after exchanging them for banknotes with freely circulating serial numbers.

The State Sub-Directorate of Judiciary Police and Investigation, the National Police, and the Attorney General’s Office, Additionally, the “robbery of the century” was being looked into by the Administrative Services of Security. The gang of attackers offered Bonilla Esquivel money in exchange for his surrender once they were able to identify him and mentioned his name to the media. Authorities estimate that 26 persons were engaged in the crime; some, like Suárez Rincón and Carrillo Pea, were sentenced to prison, while others went unpunished.

ALSO READ: Is The Longest Night Based On A True Story?

On August 10, 2022, The Movie is slated for release in America. Chayo is the show’s mastermind behind the narrative. His entire life was spent as a con man and thief. Chayo also operates a front jewelry store, giving his daughter and wife the impression that all the money he makes comes from reputable sources. He is deeply in debt at the beginning of the series, especially considering how disastrously his most recent robbery went. Chayo decides to rob Columbia’s top bank’s vault. The mafia, who have threatened to kill him if he doesn’t quadruple his investment, provide him with the support he wants to finance everything. Molina, Chayo’s accomplice in the crime, harbors intense hatred toward him and is a crucial plot point in the program. Chayo stated they would have more time to flee during their previous robbery.

However, they were captured by a guard, and Molina was wounded, causing permanent kidney damage. Molina first rejects Chayo’s new scheme but ultimately agrees to participate grudgingly to receive the funding he requires for a surgical treatment. Molina contemplates quitting during one of the preparation stages since he doesn’t believe Chayo. When it takes significantly longer to breach the vaults and the new guards show up, Molina yells angrily that Chayo is again driving them to commit suicide. He rejects Chayo’s guarantees and even contemplates abandoning the hotel room where he is assisting Chayo in planning the heist across from the bank. In The Great Heist, Chayo is at the epicenter of the gang’s assault. He is guiding his squad through all the challenges they encounter while trying to open the vault right in the bank.

Andrés Parra, who portrays Chayo, discussed how he thought this was a particularly admirable character quality in an interview with El Colombiano. The fact that a government official was involved is never addressed in the show. One of the robbery’s participants, Lieutenant Caicedo, admitted that the group first carried some cash to Governor Cerchar’s residence. They thought it was a location that the cops couldn’t access. Even the getaway driver in the episode is dating Miguel, a police officer. Even informs Miguel of the crime and suggests that they should threaten Dragon, another gang member, to gain access to more of the plundered money. Corrupt cops attack Dragon’s home under Miguel’s command and threaten to murder his wife if he doesn’t reveal where his money is hidden. Dragon submits, but they think he has another stockpile hidden somewhere else.

Where To Watch Bank Robbers: The Last Great Heist Online?

The movie Bank Robbers Will be released on Netflix and Entertainment for the viewers.

ALSO READ: Is Where The Crawdads Sing A True Story?