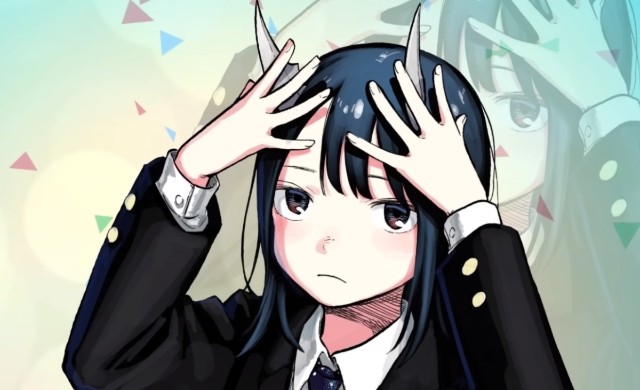 RuriDragon is a comedy, supernatural, school, Japanese manga series by Japanese author Shindou Masaoki that was recently published last month this year on June 13, 2022, it got serialization on Weekly Shounen Jump. The manga series explores the story of a young girl named Aoki Ruri who just happens to wake up one morning and finds out that she has grown horns on her head. This manga is a Shounen comedy manga and it’s really fun to see this young girl dealing with her new set of horns and how her school friends and normal people react to that. She always leads a very normal and decent life so with this drastic change what kind of person she would become. it’s very interesting to see her reactions and the people around her this is just a very light fun manga that you can just start reading without a second thought and it will not bore you. This manga has given the most attention to the author Shindou Masaoki before RuriDragon he tried his hands on action manga Count Over, adventure manga Sky Claw, supernatural manga Joreishi Rentarou no Yakusoku and fantasy manga Twin Peach.

RuriDragon got published on June 13, 2022, the manga series has completed 5 chapters each chapter is released every Sunday. But for some reason, chapter 6 was delayed by two weeks and one day now the 6 chapters will come out on July 25, 2022. Fans were really sad when chapter 6 was delayed by 2 weeks. However in chapter 6 they will be getting a coloured page before RuriDragon Mitsutoshi Shimabukuro’s Toriko got a coloured page in chapter 7. For those of you who don’t know it yet Before it got published RuriDragon was actually a one-shot published in Shueisha’s Jump Giga magazine back on December 28, 2020.

RuriDragon follows the story of a teenage girl named Aoki Ruri who wakes up one morning with horns on her head she approaches her mother who might have an idea about this whole thing but to her surprise her mother was not freaking out even after witnessing something as bizarre growing horns on her head. Her mother explains that the reason for these horns could be Ruri not being fully human and she tells her that Ruri’s father is not a human so that might be why she got these at this age. She tells Ruri that her father is a dragon and these horns are called Ryu horns so because of her father Ruri is half human and half dragon. Ruri’s mother does not bother explaining to her much and leaves for work Ruri goes to school like usual her friend Yuka notices the horns and asks her about it she tells her the entire story but she does not actually believe any of it. When Ruri enters her classroom everyone freaks out and they create a fuss about the horn some people try to touch it other takes a selfie with it. The next day while she was reading during a class she accidentally shoots fire the whole gets shocked by this incident after this her mother gives her lessons about how she has to deal with this change.

Ruri Aoki is a half-human half-dragon she finds horns on her head after she wakes up she can also shoot fire. Ruri’s Father is a dragon who lives in the mountain he does not stay with Ruri and her mother because he does not want to live like a normal human, Ruri’s Grandmother is a very kind lady she knows all about Ruri’s father she feeds her some amazing food. Ruri’s Mother is a single mother she is very fun and kind she has raised Ruri on her own all these years she does not complain about anything and takes the challenge to train Ruri, Kashiro, Mikura, Miyashita Ruri’s School Nurse, Ruri’s Teacher, Yoshioka and Ruri’s friend Yuka she is one of the closest friend both of them always stick with each other but Ruri’s mother does not let Ruri contact any of her friends for safety reasons.

Where To Read RuriDragon Chapter 6 Online?

The chapter will get updated on Viz‘s official site on July 25, 2022, all the previous chapters are also available on the same platform you can get a Viz subscription for $1.99/month.

MUST WATCH: What Is The Update On My Isekai Life Episode 5 Release Date?