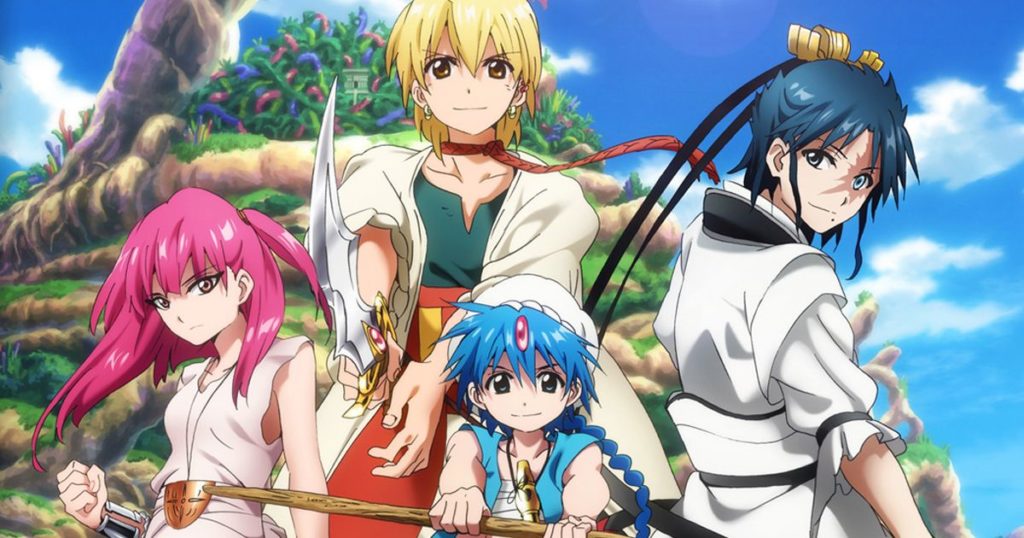 An adventurous, fiction and coming-of-age Magi is a Japanese anime, derived from the manga of the same name. Written by Hiroyuki Yoshino and directed by Koji Masunari and Naotaka Hayashi, the anime is released under the production of A-1 Pictures. It is also produced by Madman Entertainment in Australia, Kazé UK in the UK, and Aniplex Of America in North America.

The series is mainly based on the tales of Aladdin, Alibaba, and Sinbad the Sailor and is set in an alternate world with people having magical powers and abilities with unique creatures. Read the article further to know about the status of season 3.

The original manga series ran from 2009 to 2017 with Viz Media adapting the series for an English version for release in North America. The announcement of the anime version was made on an official website after which the first season ran from October 7, 2012, to March 31, 2013. The series was then adapted for a second season that aired from October 6, 2013, to March 30, 2014.

Magi also has a video game and a stage play version. All the Magi versions were received well by the audience. Just as the manga had sold more than 20 million copies, the anime series also rocked in its time. As it has been more than 7 years since the last season premiered, the audience is now waiting to hear about the future of season 3. Well as of now, the makers and A-1 Pictures did not say anything about season 3, which indicates that there is very little chance of the series getting renewed.

The plot of the series revolves around Aladdin and Alibaba along with their missions and different travelings all over the world. They both come together and become good friends to conquer their missions. As the series progresses, they are shown to free all slaves in the city and let Morgiana break all the mental chains of Jamil.

They are all brought together and trained under Sinbad’s military to fight against a mysterious organization, Al- Thamen that is known to spread negativity and chaos all around the world. They both solve Kou Empire’s issues while residing there too. The series mainly focuses on how they unite each other’s powers and abilities to fight negativity and wrongdoings.

The main characters of the anime are Aladin and Alibaba Saluja who is one of the two main protagonists other than Aladdin and is a cart drivers. He captured Amon, one of the Dungeons, and is the owner of Djinn. He is played by Yuki Kaji.

Other than these two, we also saw Judal, voiced by Ryōhei Kimura, who is also a Magi like Aladin but played an antagonistic role, Morgiana, a quiet girl who was a member of Alibaba’s household and the slave of Jamil and is voiced by Cristina Vee, Ugo, former magi from Alma Torran. He is one of the good friends of Aladin with Sinbad, voiced by Daisuke Ono and Amon by Hidekatsu Shibata, Alibaba’s fire Djinn. He was the leader of a tribe in Alma Torran.

Where To Watch Magi: The Labyrinth of Magic Season 3 Online?

The series is originally released on JNN ( MBS ) and Neon Alley in North America. As the current status of season 3 is not clear, the viewers can watch the previous seasons.

MUST READ: When Will Amaama To Inazuma Season 2 Release Date Arrive?