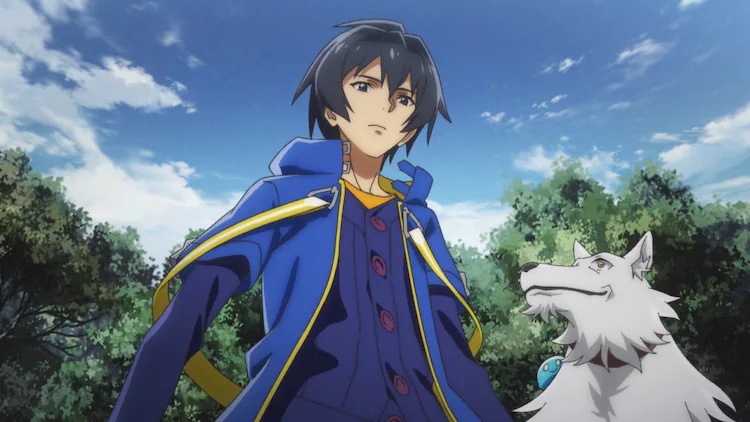 In this busy world, everyone is occupied with work, even though someone is so tired the work never ends, it is a part of adult life, and the pile of work is something everybody wants to get rid of.

Imagine, getting transported to a mysterious world, when you are busy with all the work, and you realize that you have some power, and you are the greatest sage of the realm, yeah that is the story of My Isekai Life.

Story of an overworked adult, and him transported to a magical world, with all the powers, mystery, and excitement

My Isekai Life is a novel written by Shinkoshoto, and illustrated by Huuka Kazabana, in October 2017, now the manga series has been turned into an anime, that was released on July 4, 2022, because the series was adapted by Raveroot, and the fans have been waiting for the new episode of their favourite series, as of right now 4 episodes of My Isekai Life has been released yet, many fans are waiting for the fifth episode, let’s look into the details and release date of episode 5 of My Life Isekai.

The series is getting so much love from all the fans all over the world, as the story is interesting and crisp it is obvious that the people are loving the show so much. The fans are waiting for the fifth episode so My Isekai Life, according to many sources episode number 5 of My Isekai Life is ready to be released on July 25th.

Yuji Sano is the same adult, who is nervous about all the work he has to complete, one day when he was working through his computer, his computer starts to show a flash message about a different world, he thinks it is because of some virus and restarts his machine, that makes the message gets accepted, and Yuji Sano is summoned to another world.

Yuji Sano is thinking it is a dream, and just wants to finish the dream and get back to his mountain of work, but this dream is a world full of magic, where Yuji Sano is a monster tamer, and he can be friends with slimes.

The slimes help Yuji Sano to absorb powers and magical and mysterious knowledge, and he gets to a second character class in a matter of seconds. Now Yuji Sano does not know anything about power and is just frustrated that he has a lot of work to do as the greatest sage of the realm.

The new world is full of challenges and excitement for Yuji Sano, it is going to be interesting to see his journey unfold.

My Isekai life has many interesting characters that make the adventure really engaging. The shots are beautifully illustrated by Huuka Kazabana, his work is magnificent, and the anime is directed by Keisuke Kojima and Naohiro Fukushima.

Anime never fails to make people connect to the series and My Life Isekai is no less, all the characters are perfect, and as the story and illustration are getting praised the voice actors should also get some praise for making the characters likeable.

The main character Yuji Sano is voiced by Chiaki Kobayashi, famous for his work as Hiroto Kuga in Gundam Build Divers Re:Rise, also as Deuce Spade in Disney: Twisted-Wonderland. Dryad is voiced by Azumi Waki, popular for her work as Galko in Tell-me Galko-Chan, and as Maika Sakuranomiya in Blend S. Proud wolf is voiced by Wataru Takagi, best known for his work in Detective Conan as Genta Kojima, After War Gundam as Garrod Ron. Higesura is voiced by Nichika Omori, famous for her role in Asahi Kuga in Seven Senses of the Re’Union and Yurine Hanazono in Dropkick on My Devil!

Where To Watch My Life Isekai Online?

My Life Isekai is one of those series that everyone should watch, it is an adventure, fantasy, and action genre series, which is something many viewers can enjoy and like.

Viewers can enjoy the series on HIDIVE, the owners of HIDIVE, have licensed the series, and the Japanese viewers can stream the series on, AT-X, Tokyo MX, BS NTV, and BS Fuji inside Japan.

Unfortunately, the series is not available on Netflix or Crunchyroll either, but it might in some time.