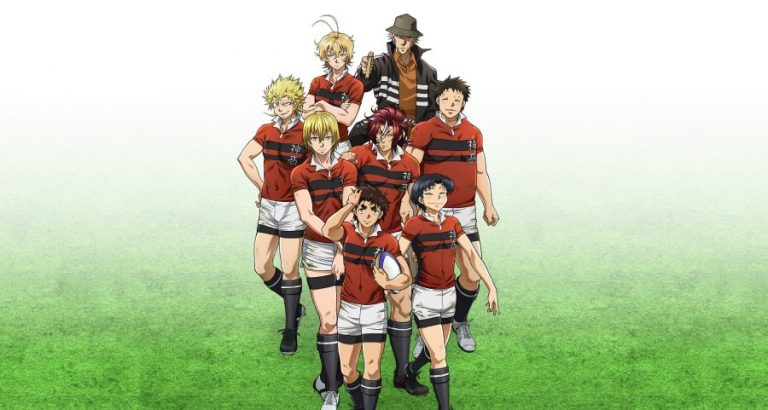 All out is a Seinen Team Sports anime series written by Masahiro Yokotani and Shingo Irie directed by Kenichi Shimizu the series is based on the 2012 manga of the same by Shiori Amase. It is a 25-episode series that premiered on October 7, 2016, there are many sports anime but all-out focus on different sports that are not very common in anime. The anime explores the story of rugby players who happens to join their high school rugby club. Sports anime mainly focuses on the games and the team members as they set their goal to become any sort of champion but apart from these two factors, the most interesting part is when the characters go through many challenges to finally find their true potential that’s what makes any sports anime more interesting. If you are into certain sports then watching that sports anime can lighten up your moon if you are clueless about the sports and you dig in to watch it you generally get interested to more about the sports and eventually either begins to love or hate it. Sports anime are mostly fun but also emotionally draining as you get to more of the characters you develop a sort of emotional attachment with them and with their every win or loss, you also feel dejected. Here’s what we know about All Out Season 2 Release Date.

All Out Season 2 Release Date

The anime series was released on October 7, 2016, it has been quite a long time but the series has not returned with season 2 yet. If you are a concerned fan and eagerly waiting for some news related to this anime series let us inform you the series has not been cancelled and neither it has been renewed for season 2. The manga got completed after the release of 17 volumes on February 21, 2020, now that the manga has been completed there is a chance that the creators might bring back the series for season 2 however nothing has been confirmed yet so we still have to look out for the possibility of all-out season 2.

All Out Season 1 Recap

The series follows the story of two high school students named Gion Kenji is a guy who is rather small in size for his age and Iwashimizu Sumiaki is a literal giant to be in his first year. The two of them meet due to a misfortunate incident senior students were bullying Iwashimizu Sumiaki after they got to know that all he got is his height he is a rather pushover kind of person when Gion Kenji catch the seniors bullying Sumiaki he does not care at all but the seniors make fun of his height and call him certain names this takes the worst of him and he lashes out on his seniors. To control the situation Sumiaki carries Gion and takes him outside Gion gets mad at him for doing so Sumiaki thanks him for saving him from more embarrassment Gion tells him he did not intend to help but he could not just let them slide by making comments about his short height. After their conversation, Sumiaki starts following Gion around because he has no friends Gion tells him his side of the story of how people treat him so differently, because of his small size he asks Sumiaki what he has to do to grow taller but gets no response from him. Gion learns that Sumiaki is in the rugby club he did not know anything about the game but happens to fall in love with it when he watches the match and ends up joining the club eventually.

All Out Season 2 Characters

Where To Watch All Out Season 2?

All out season 1 is streaming on Crunchyroll, Funimation and VRV, the makers have not announced anything about season 2 yet.

MUST READ: When Is elDLIVE Season 2 Release Date Supposed To Arrive?