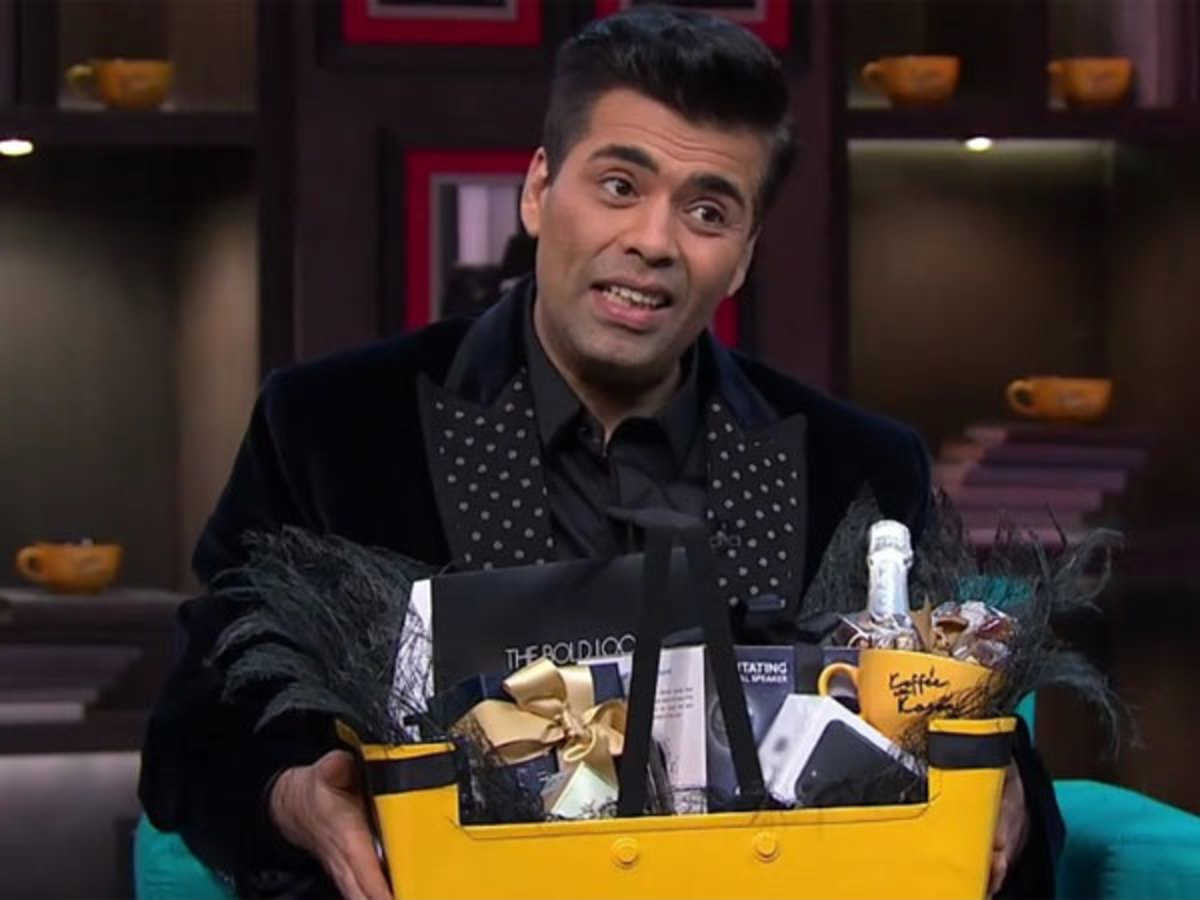 Koffee with Karan is known for its controversies and juicy revelations made by celebrities. Many arguments and answers to the arguable question have been answered in the show’s previous seasons and the new seventh season.

Premiering on 19 November 2004, the show has been in the business for 18 years now, making every season of the show more controversial than ever, produced by “Dharmatic” Karan Johar’s production house’s digital entertainment section the show has a sizeable fan following, it is mostly a guilty pleasure for everyone, it is hard to resist but questionable to watch, even if anyone has never even seen a clip of the show, ignoring the show is hard, whenever Koffee with Karan makes guidelines it is a trending topic all over the internet.

Koffee with Karan has an infamous segment in the rapid-fire round where celebrities fight for Koffee with Karan hamper, who can forget Alia Bhatt memes when she said that Prithviraj Chouhan was the President of India during the rapid-fire round with Siddharth Malhotra and Varun Dhawan, there were trails of memes questioning Alia Bhatt’s intelligence.

The question is what is in the Koffee with Karan hamper that forces all the actors and actresses to make statements and answer questionable questions in order to win the hamper.

Koffee with Karan is coming for its seventh season on Disney+Hotstar, the first episode with Alia Bhatt and Ranveer Singh has already premiered on 7th July 2022, in honor of that let us look at the contents of Koffee with Karan hamper.

What Does Koffee With Karan Hamper Consist Of?

In the fifth season of Koffee with Karan, Karan Johar himself answered the anticipated question of what is in the hamper? revealing all the contents and admitting that he himself can not resist the items found in the mysterious hamper.

To be fair, who would not want all those things for free, it is a perfect price to pay when celebrities get themselves in controversies, so let’s unravel the mystery, shall we?

ALSO READ: Koffee With Karan Season 7 Episode 3 Release Date: Who Is The Guest?

Apparently, the vouchers in the Koffee with Karan hamper cost 5 lakh rupees, the vouchers are from Kohler that is a luxury brand known for its high-priced bathroom commodities, who would not want a luxurious and royal bathroom experience

Yes! There are various reports which suggest that the gift hamper has new Iphones and Bluetooth speakers, which are definitely worth the hype.

Coffee has to be the most important content in the hamper, the show’s name has coffee with a K, with the premium and seemingly personalized coffee in the hamper, there is even a coffee press too, so rich and expensive coffee is certainly a deserving element to fight over.

If someone has made it to Koffee with Karan, a celebration with champagne should be on the list, expensive champagne in the gift hamper is a good choice and a price.

Handmade and personalized skin care and soaps might be in the hamper too, so expensive chocolates and beauty products are more than a good deal.

Ajay Devgan Winning An Audi A5 In Koffee With Karan

Ajay Devgan reportedly won an Audi A5 in the year 2019 for one of his witty comments on the show, in the show’s fifth season in 2019, Karan Johar announced that one of his guests would get an Audi A5 for their answer.

In an episode Ajay Devgan and Kajol were guests and Karan Johar asked Ajay about a silly superstition he believed in Ajay replied that he thought all the movies by Karan Johar with the title starting with a “K” is already a hit until he did “Kaal” with Karan Johar, which was a box office failure.

Ajay Devgan known for his sarcastic comments won an Audi A5 for his answer.

Price Of Koffee With Karan Hamper

Many reports suggest that the price of Karan Johar’s hamper is reportedly 10-12 lakhs, making many actors crave to win the hamper.

MUST READ: Is Koffee With Karan On Netflix? Where To Watch It?