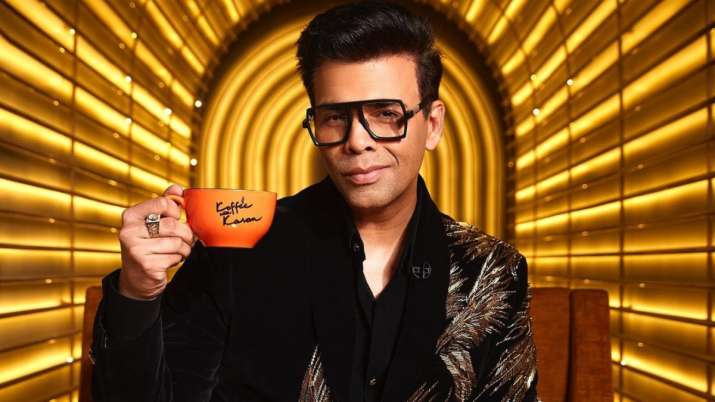 Who does not know Karan Johar at this point, he is a renowned director with movies like, Kuch Kuch Hota hai, Kabhie Khushi Kabhie Gham, Kabhi Alvida Naa Kehna, My Name Is Khan, and movies like Raazi, which won him a Filmfare Award for Best Director, he has produced dozens of films under his production house Dharam Productions. Is Koffee With Karan On Netflix? Here’s all we know about it.

The movies he has produced and directed made him an established person in the Bollywood Industry, other than his work, Karan Johar also known as “Kjo” is pretty famous for his controversial issues too, whenever the nepotism issue arises, Karan Johar is the first person people tend to target upon, well to be fair he is known for kick-starting the careers of star kids like Alia Bhatt, Varun Dhawan, Ananya Pandey, and the list goes on.

Karan Johar’s half of the controversy comes from his infamous show “Koffee with Karan”, even if anyone has not even seen a clip of the show, it is impossible to not have heard about the show, as it is the hub of controversies for actors and Karan Johar himself, his whole show is based on gossip and controversies, who can forget the time when Hardik Pandya and K.L Rahul appeared on the 6th season of the show in 2018, the comments Hardik Pandya made on the show, stirred controversies, and Hardik Pandya got K.L Rahul in the trouble too, the consequences of his statements were that they were suspended from the Indian Cricket Team for a while. They both had to apologize on public platforms.

Now the show is in the news again not because of controversies this time, but because the show is ending its journey on Star World, but it is not yet the end of Koffee with Karan as it is getting renewed on the streaming platform this time, know more about the show, its cast and more details in this articles.

Koffee with Karan first premiered on 19 November 2004 on Star World with its first guests, Shahrukh Khan and Kajol, with whom Karan has worked as a director on movies like Kuch Kuch Hota Hai and Kabhie Khushi Kabhie Gham, the show has maintained its legacy with 6 seasons coming in years 2004, 2007, 2010, 2013, and 2016. Karan Johar broke the tradition of coming with new seasons every three years when Karan Johar announced that the show will premiere in 2018.

The talk show has been in the business for 18 years now, and its expedition of 18 years, actors like Amitabh Bacchan, Farhan Akhtar, Alia Bhatt, Dipika Padukon, Anushka Sharma, Akshay Kumar, John Abraham, Amir Khan, and almost every renowned director, the actor has made an appearance on the show and has answered some juicy questions for Karan Johar’s famous gift hamper. In 2005 Hollywood actor Richard Gere appeared as the sole guest.

Is Koffee With Karan On Netflix?

The first episode of the seventh season of Koffee with Karan premiered on 7 July 2022, with guests Ranveer Singh and Alia Bhatt, who have recently worked with Karan Johar on their upcoming film“Rocky Aur Rani Ki Prem Kahani ”.

The show’s first appearance made headlines, as the show is known for Karan Johar trying to take out as much gossip and controversies as he can, and he did the same in the first episode where he talked about Alia Bhatt’s perfect proposal and wedding with Ranbir Kapoor, her secretive love life finally got revealed on the show,  Alia Bhatt opens up about dealing with Rishi Kapoor’s death. Ranveer Singh also accepted some juicy things like making out in a vanity van etc.

The new season is filled with actors revealing and answering controversies and questions, with the first episode starring Alia Bhatt and Ranveer Kapoor just the beginning.

Actors like Akshay Kumar and Samantha Ruth Prabhu will be seen together for the first time ever, Sara Ali Khan and Janhvi Kapoor who share a great bond will also be seen together, Tiger Shroff and Kriti Sanon coming together will come together, Shahid Kapoor and Kiara Advani sharing the couch, Ananya Pandey and Vijay Devarkonda who will be working together on their upcoming movie Liger will make an appearance, making Vijay Devarkonda’s debut on the show, Varun Dhawan and Anil Kapoor was recently seen in the movie Jug Jugg Jeeyo will come together again on the seventh season of Koffee with Karan.

MUST-READ: Best Seasons Of Koffee With Karan That Has Created Buzz So Far!