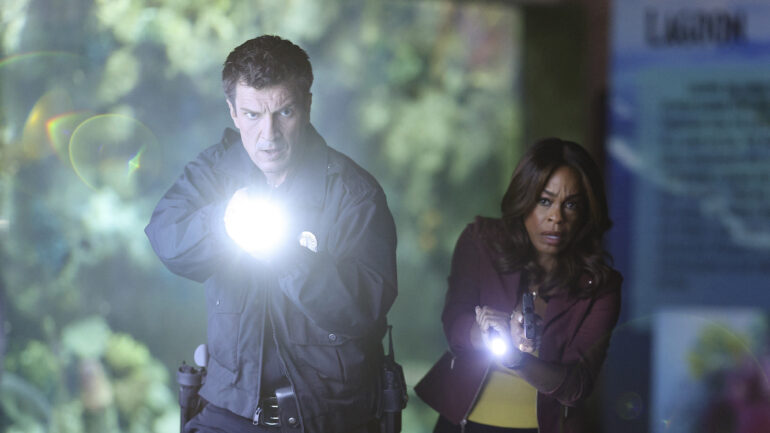 The Rookie: Feds, is a television series which is soon to air on ABC. Being the spinoff of the American series, The Rookie, the series is set to be released on the 27th of September. The series was ordered as a pilot on 8th February 2022. For our readers who are unaware of the series, The Rookie is an American crime drama, with a total of 76 episodes, 4 seasons, and an average episode runtime of 42 – 45 minutes.

The series was released on 16th October 2018, and its latest episode from the 4th season wrapped up on 15th May 2022, with the announcement of a fifth season which is set to release on 25th September 2022. The Rookie: Feds, was introduced in two episodes of the 4th season. The production for the series has released momentary news regarding the updates on the cast and the development. As of now, many fans are anticipating the spin-off release. To fill you in with all the available updates, we have gathered the basic information from relevant sites and announcements and will summarize everything we know about the show as of yet. If you are a fan of the crime and police investigation drama series, this article will help you in your decision about watching the show.

As mentioned earlier, the series is set to release on 27th September. We are up to date with the news announcements from the relevant production companies, and expect the series to be released on the same day as announced, unless there is an untimely accident. Fans were given a heads up on the new characters in the later episodes of season 4, where we see John Nolan and Simone Clark in an episode titled ‘Simone’. John Nolan takes the help of Simone, while they search for a terrorist who placed a bomb in the middle of L.A. This was in the introduction episode, and we see Simone going through training, hoping to be an FBI agent, regardless of her age. The spinoff is set to be released 2 days after the release of the original The Rookie series, which makes the concept quite unique for ABC. According to official press reports, the series will focus on Simone Clark, the oldest trainee and previously a high school counsellor. More news on the plot is yet to be released but we have the basic idea. The oldest trainee to attend the FBI academy and her troubles as a female, trying to blend in with the other characters and young trainees. Kat Foster is reported to not join the spinoff for unknown reasons. We will have Nathan Fillion from The Rookies appearing in the initial episodes of the spinoff, as confirmed by the Instagram accounts of both the shows. The news comes as a matter of great surprise and mystery to the fans, as many think of how the character will merge with the storyline.

The Rookie Feds Cast consists of many well-known actors, the casting was done meticulously and, according to the teaser, we can expect them to do a good job in the spinoff. Britt Robertson is to take the role of Laura Stenson and Kevin Zegers will appear as Brendon Acres. The other cast includes Niecy Nash as Special Agent Simone Clark, Felix Solis as Special Agent Matthew Garza, James Lesure as Carter Hope, Shawn Ashmore as Wesley Evers, Eric Winter as Tim Bradford, Alyssa Diaz as Angela Lopez, Mekia Cox as Nyla Harper, Frankie Faison as Christopher Clark, Richard. T. Jones as Sergeant Wade Grey and Nathan Fillion as John Nolan. This is the list of the cast which has been released as of yet. We will update the list as soon as there is further news on new actor/actress additions.

Where To Watch The Rookie: Feds?

The Rookie: Feds will air on Tuesdays at 10 pm ET/PT on ABC. As of now, there is no update on the streaming services where the series is set to appear. We expect that we can find the show on Hulu, where The Rookie was released. The series can appear on the platform a few days after its television premiere and fans are desperate to receive more updates. We will release an article as soon as we receive new news on the series streaming site, so please stay tuned for further news.