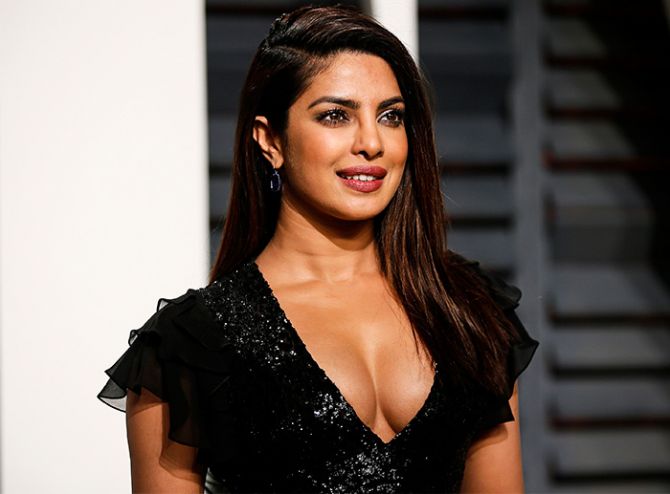 As we are in the talk about the real desi girl of Hollywood, we do know how much happening in Priyanka Chopra’s life has been over the last few years. Her marriage, her excellent Hollywood career, along with her Bollywood, where she has done very few films but those ended up being some of the most super hit films in the industry. Now for those who don’t know anything about Priyanka Chopra, she is not just an actress or a model, or if you know her for only being nick Jonas’s wife then you have to know a lot about her. She has been a music producer, singer as well a producer and she has got many other side businesses along with that she has been carrying out activities for social welfare. she has worked with UNICEF for quite a long time, and this just tells us about what kind of a person she is. Her career has been very inspiring for many people out there because the background from which she comes is actually a wealthy one but now where she stands is just absolutely amazing and the best part about it is that she achieved all of it by herself. Though she had much help from many friends, but she is the only one who deserves the credit.

Now as we are talking about friends, in her journey from Hollywood to Bollywood, some of the people have stayed constant on her friend list while some have left. Our Bollywood desi girl loves hanging out with her friends, and she has always maintained a connection with her roots, mainly those who have been nice to her and value her time because the development in her character throughout her journey has just shown it to us, how she handles people and whom she loves to stay in contact with.

Now many people after seeing Priyanka Chopra’s wedding have come to the conclusion that she has broken ties with many of her old friends, but it was told in one of Ellen Show interviews that they tried to keep the wedding very much “intimate” and only family member and very close family friends were called to the wedding, just a crowd of 200 people which is very much not like an Indian wedding, thus it would be absolutely wrong to judge her friend’s list based on who attended her wedding and who didn’t.

Now when it comes to our desi girl’s Bollywood best friend, it would be quite an injustice to mention a single name because Priyanka Chopra surely loved spending time with her friends, and if you have seen her social media accounts, you have already seen her posting her picture with some of her “real friends” about how they wish to do a film together and how much she misses the entire Bollywood scenario. But the first name that comes to our mind and a friendship that has lasted for quite a long time is Deepika Padukone, and most of us here know all about who she is, another desi girl who left her mark in Hollywood and is a great and worthy actor. However, when we are talking about their friendship, it is not only because of the superhit movie Bajirao Mastani, where both the actresses shared the set, but its actually because of the humble nature of Priyanka Chopra, and the deep friendship both the actresses shared since the time Deepika came into the industry. According to Deepika, she was the first friend she had and in the shoots of Bajirao Mastani and other social media posts, we have seen these two be extremely good friends. Even when Deepika Padukone married Ranveer Singh, Priyanka Chopra teased both of them and congratulated them very well.

The second name that comes to our list is based on some Instagram posts and other sources, which have stated that this friendship has been continuing for a long time, it’s with Bollywood stars Alia Bhatt and Katrina kaif. Now it may be very shocking for many of us, that Alia Bhatt being a very young celebrity has got such a good relationship with her. This has been quite shocking to us as well, but in one of her posts, she has mentioned both of the stars together and addressed them as “real friends” which means obviously they have got a better place than any other person on the list and she has also mentioned that they have decided to do a Bollywood movie together very soon and that will be under Farhan Akhtar’s production which generally sounds like great news for us. However, we have to wait for quite some time till that movie happens.

Other than this three, we must also keep an eye on the relationship Priyanka Chopra shares with Ranveer Singh, though he may not end up on the best friend list. These two have known each other for quite some time now. They have worked together a lot and they sure do share a great bond which is quite noticeable on screen as well as off-screen, the wedding wishes Priyanka sent Ranveer on his wedding day, were filled with love and a lot of teasing. She has even got a nickname for him which is adorable actually.

Overall, these are the main names that come to our mind when we talk about the best friends of Priyanka Chopra and she has got many connections in Hollywood too, which we will cover in another article just like this.

Priyanka Jonas Chopra was born in the year 1982 and she was born in a family where both parents were in the army, thus her childhood included always traveling and changing schools from one place to another, however, according to her she was very used to it and didn’t mind seeing new places and living there. However soon we see that she traveled to Massachusetts with her aunt at the age of 13, an interesting fact about her is that she at first wanted to study aeronautical engineering, but soon she slowly went into liked drama and theatres, she learned how to sing and many other things and when she returned to India, slowly her modeling career and other things started. She slowly started getting offers from Bollywood and that marks the start of her famous journey. Overall, her family was a very nice one and she also has a younger brother. She had always been a girl who worked very hard to achieve anything and another thing that we have heard from the superstar herself is that while she was living with her aunt in Massachusetts, she had to face quite a bit of racism from some of her classmates.

When it comes to personal life, Priyanka Chopra has got quite a happening one, till she got married. From the start, we know that she belongs to a wealthy family of army professionals and she also has a brother named Siddharth Chopra. Now there have been a lot of rumours and links with many stars from both Bollywood and Hollywood when it comes to her dating history. However, she hasn’t been defamed or anything by anyone throughout her career. She has always been the girl from India who has made India very proud through her achievements and we all know about how Priyanka met Nick Jonas from her interviews and how they fell in love and there 200 people Indian wedding which was adorable. Now in 2022 at least we get the good news that the couple has got their first child through surrogacy and although there hasn’t been much hype regarding it, it has been a piece of great news for the entire family.

When it comes to Priyanka Chopra’s professional life, the list goes on and on, she has been an absolutely stunning model and she has also won the miss world 2000 award. Then she won many awards such as Filmfare and many more for her excellent performance in many Bollywood as well as Hollywood movies. Other than that, we have seen her doing modelling and being the brand ambassador for many popular brands all over the world which is surely a great source of income for this superstar. She has also made a mark as a singer in some parts of her career and has collaborated with many great artists, which makes her a singer as well. If you are thinking that this is all she has done then you are completely wrong. She has also acted as an amazing producer and worked in producing many hit movies. Other than that, we have always told everyone that she has been related to UNICEF for quite a long time and she has done a lot of social welfare work throughout her life. She has donated a lot of her wealth for the welfare of people and is still going on doing so. Other than that we will also have to give credit to her for her excellent skill and for earning a great name in the restaurant-based industry and some other successful companies as well.

ALSO READ: NTR Best Friend: Who Is The Most Favourite Person Of This Superstar?