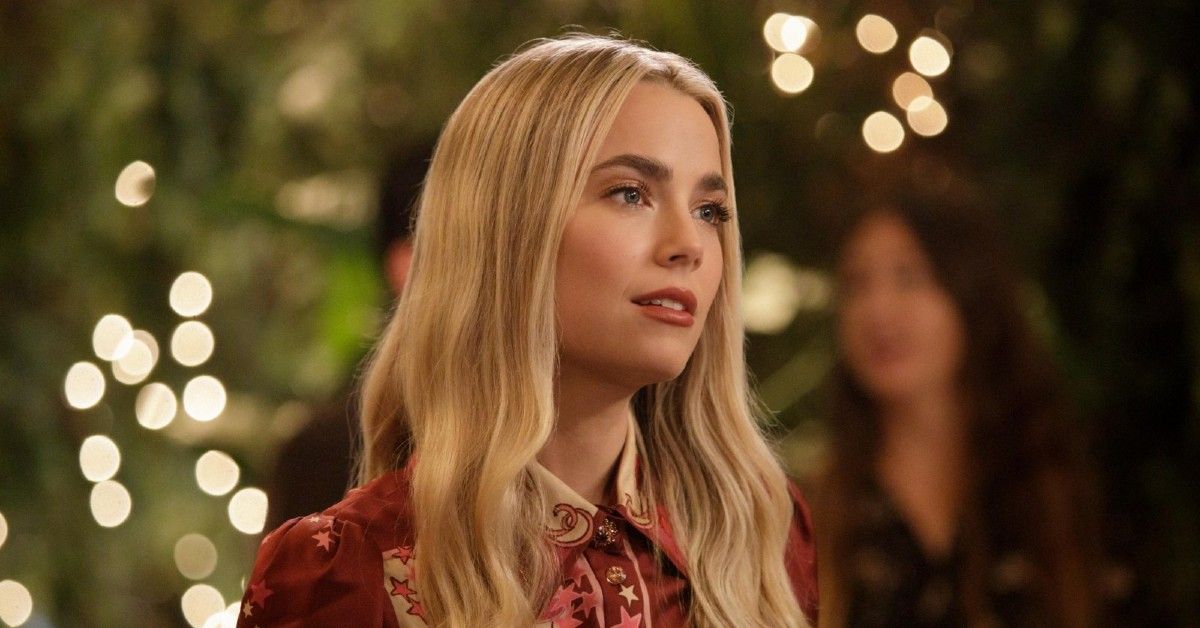 “Maggie” Hulu’s original show released on 6 July 2022 is a show about a psychic who can know about other people’s futures just by touching their hands but can not determine her future with the same psychic potential. The main character “Maggie” played by Rebbeca Rittenhouse, unveils the future in just a matter of seconds, but the story gets more interesting when she sees herself in the lives of people she never expected to be in. The show follows a romantic, comedic and dramatic path that ensures the viewers are not going to be bored, The life of Maggie has all the elements needed to make a show enjoyable, from supernatural drama to romantic comedy.

Maggie’s ability also sets her back to be in relationships as she can already know about the future of her significant other and their relationship, she can see the deaths, fights and breakups already, and because of that she tries not to be in a relationship with Ben played by David Del Rio, one of the men she saw a future with through her psychic skills, but because of the fate and the shots she took while she was in a club with her friends, she ended up sleeping with Ben, but when she got to know more about the future when she sees another woman marrying with Ben, she cut him off, her skills are blessing for others but a complicated problem of her own.

The story gets complicated because Maggie is confused as to why she is in another man’s future, she is not able to reveal it to others, and she already knows what the relationship is going to be like, the first season of the show is already out and has ended on some entertaining yet wait-worthy cliffhangers, this season already has staged the show for even more turns in Maggie’s love life.

Every viewer tends to search for another season when you complete watching something, we have got you covered for all your questions, this article has everything from the release date, to the cast.

The first season has just finished with 13 episodes, each 20-25 minutes long, with a possible way for the second season, but as of now an official announcement has not been published yet by Hulu about the upcoming season, it also mainly depends on the audience, if the viewers of the show seem to like the romantic-comedy Maggie a new season is not so far, an estimate is that if Maggie is going to have a second season it is expected to return sometime in 2024.

Rebecca Rittenhouse, the main character will take her psychic love life further in the expected season 2, David Del Rio who played Ben is also expected to return for the role of maggie’s romantic interest, and the love triangle will also be back and for that Chloe Bridgers is going to be back again as Jessie.

The psychic story is going to be incomplete without Maggie’s psychic mentor Angel, played by Ray Ford and to add the shenanigans, Louise the friend of Maggie played by Nichole Sakura can be seen in the expected season also Maggie’s parents, the actors Kerri Kenney and Chris Elliot will be back too, Angelique Cabral and Leonardo Nam are supposed to be back as Amy and Dave in the anticipated second season.

The show Maggie is a romantic drama which tracks the love life of Maggie, so a new love interest is likely going to be in the new season of Maggie to add more to the drama, romance, confusion and a lot of psychic realizations.

Maggie has solved her differences with Ben, and he is back with Jessie but can the drama end this easily? Not, because Maggie has another glimpse of her future, where she with Ben in a wedding, marrying Maggie, so that means the love story of Ben and Maggie has not ended yet and there is more in the future for them, because of that a love triangle between Ben, Jessie and Maggie are likely to happen.

The second will go more into the depths of Maggie’s power as the mentor suggested she should see beyond the future, into hope.

Where to Watch Maggie Online?

You can watch this show on Hulu in the USA, as Hulu is not available outside the USA, the international audience can stream Maggie through Disney Plus.