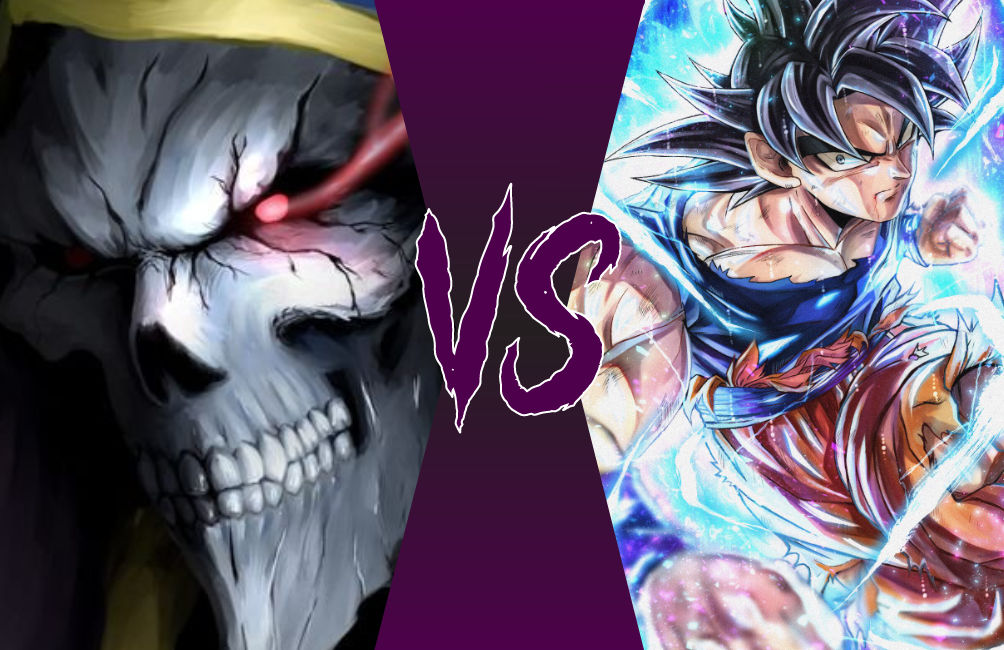 Ainz Ooal Gown also known as Momonga is the main protagonist of the 2015 anime series Overlord. It is a 13-episode supernatural anime series that was released on Jul 7, 2015, overload was the second most-watched anime after Charlotte when it was released during the Summer of 2015. The series follows the story of a protagonist Momonga who was playing an MMO game but then all of a sudden when the server shuts down his avatar gets stuck inside the game so he begins to test his powers. The protagonist is however stuck with a character that is supposed to be evil however he does not care so he seems like a person who is just killing some time by doing some random things. This is an Isekai anime with a bit of twist that you might not have expected while you get yourself into this anime however this is not the only surprising part about this anime. As you dig deeper into it you will come across different hidden elements in the story the main theme is supported by world-building and it gives a scope for the imagination of the viewers. Son Goku is the main protagonist of Dragon ball z, which was released on April 26, 1989.

This anime series is one of the oldest and yet most popular series to date Overlord and Dragon ball z is incomparable the two of them have nothing in common. But Overload’s main protagonist Ainz Ooal Gown came into talks after the success of the series and he is a somewhat powerful anime fandom who started comparing the two characters to see which one can beat the other character if the two of them ever got into a battle. But in this article, we will not be talking about the anime but the character Ainz Ooal Gown and we will compare him with Goku to figure out their abilities and powers.

Ainz Ooal Gown is magically capable of doing a lot of things that Goku might not be able to keep up with however that does not change the fact if the two protagonists ever came face to face then we surely know who is going to win the battle. Both Goku and Ainz Ooal Gown have their abilities and powers that make their fans wonder who is capable of outperforming the other if you also happen to be one of the fans then you are at the right place. We will list out all their abilities and powers and finally conclude the article with the one who will win the battle.

ALSO READ: Who Does Kazuya Kinoshita End Up With?

Ainz Ooal Gown is gifted with the magical abilities that give him an upper hand when it comes to doing notorious things meanwhile Goku, on the other hand, possess superhuman physical attributes that make him unbeatable since he has been training himself to achieve the heck of godly power. Ainz Ooal Gown can go beyond 718 spells and he is also capable of performing some spells that he can use to destroy everything under a certain parameter however that will not work on Goku since he can just avoid these sorts of attacks like they are child play.

We are certain that Ainz Ooal Gown has one superior spell that he can use against Goku the Grasp Heart spell that he often uses to crush the heart of the opponent with his magic. Goku can brush off any attacks that he can see but what would he do if the attack comes from within. To figure out that part we need to study if his heart will be able to withstand the grasp heart attack Goku’s heart is vulnerable in comparison to his other organs as he died from a heart virus in the future. But if Goku knows about the attack at the right time he can protect his heart with a key so yes he can also withstand Ainz Ooal Gown’s grasp heart attack.

Ainz Ooal Gown has an upper hand when it comes to manipulating reality and with his reality slash attack, he can cut opponent his opponent with reality itself. Not every attack can be avoided with just a strong body even though Goku is inhumanly powerful to throw off this attack he definitely needs an attack that can help him manipulate his reality well we have seen Goku has proven himself by fighting Gotenks and others in dragon ball z so we can assume that he can definitely fight off this attack.

This is Ainz Ooal Gown’s ninth spell which does not require any strength or magic to fight to avoid it. Ainz Ooal Gown just kills his opponent with this spell so Goku has no chance to revive himself after he dies. Dragon balls are definitely powerful in comparison to the reviving spells in overload we can assume that there is still a chance that super dragon balls can revive Goku at any point. Dragon balls are magical in some way so they are definitely more powerful than the spells in overload.

MUST READ: Rango 2 Release Date: Is This Installment Cancelled Or Will Come Up?

This is a super overpowered spell it is extremely powerful to the point it can even kill things that are not even alive in the first point. But this spell has one setback that is it takes 12 seconds to activate so if Goku can beat Ainz Ooal Gown within this 12 seconds then he might be able to survive even this spell. If Goku lets his guards off under this spell then Ainz Ooal Gown can beat Goku with no effort however that is only under one condition if Goku does not take any measure to protect himself.

If we compare Ainz Ooal Gown with child Goku then he can beat him because back then he was not stronger as he is and he was not even that fast so this can work in favor of Ainz Ooal Gown. Child Goku was nowhere near his true potential so Ainz Ooal Gown’s chance of winning against Goku is pretty much high. However, with the Older Goku Ainz, Ooal Gown does not stand a chance it actually depends on who makes the first move with a quicker reaction time both of them are extremely powerful but Goku has an upper hand against it Ainz Ooal Gown every spell. Goku can move at the speed of light but Ainz Ooal Gown can’t possibly do that because he is more limited to the spells that do not let him react faster to cast any spell he needs to think of the spell that will work best against the opponent’s attack. The spell decision part of Ainz Ooal Gown lessens his reaction time and he cants move or thinks faster in the process. Goku has the majority of experience that can help him in tackling the Ainz Ooal Gown spell. Most Ainz Ooal Gown spells take some time to get activated if Goku can win the battle before the activation of his spell then Ainz Ooal Gown does not stand a chance against him.

Where To Watch Overload and Dragon Ball Z Online?

MUST READ: Oggy And The Cockroaches: Next Generation Season 2 Release Date Out!