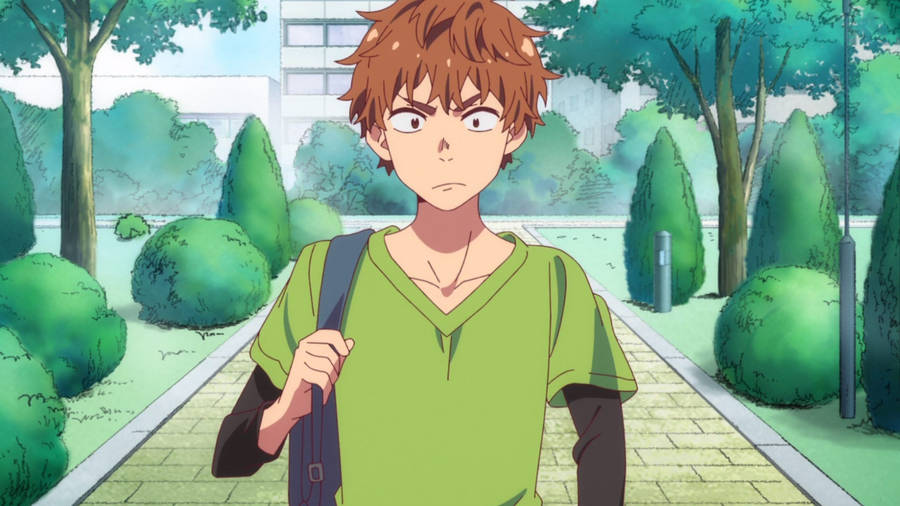 The main character Kazuya is loved by the viewers as he is a caring, sweet, and elegant guy who treats his rental girlfriend with a lot of respect. But even after having all the traits of a perfect boyfriend he gets dumped by his girlfriend. The show represents a beautiful love story of Kazuya with his rental girlfriend. But there are a lot of problems as a lot of girls start liking Kazuya and now he has to choose the perfect fit for him. As Kazuya shares Chemistry with a lot of girls, viewers are confused about who will he will end up with at the end of the show. His chemistry with his rental girlfriend is loved by the audience and they are excited to know who will become the endgame of the show. Currently, the show is set to release its next volume. Makers will soon update their viewers on the exact release date of their favourite rom-com manga series.

Who Does Kazuya Kinoshita End Up With?

Rent A Girlfriend is one of those manga series that has made us fall in love with the couple in the series. The cute love story of Kazuya will make you nothing but hopeless romantic when you witness his amazing chemistry with his rental girlfriends. The Anime series is still on the air and the final episode has not been released by the makers yet, but the viewers are excited to know who will Kazuya end up with at the end of the series. There is no doubt in the fact that their chemistry with his rental girlfriend has made us want a love story just like theirs.

As the final episode of the series is still not released we can only make speculations about who Kazuya ends up with. There are two possible candidates with whom Kazuya will most probably end up. One is Chizuru and the other one is Ruka. Kazuya was seen as having a meaningful connection with both Chizuru and Ruka. Even the viewers find Kazuya extremely adorable with both of them. While Kazuya and Chizuru have a larger fan base than Kazuya and Ruka, there are huge chances that are going to end up with Chizuru. Even Reiji Miyajima was giving hints in the recent chapters that Kazuya and Chiruzu will be having a happy ending at the end of the show. Apart from this, Kazuya has stronger feelings for Chizuru which makes it more possible for both of them to be the final couple.

ALSO READ: Is Turning Red 2 Release Date Has A Long Way To Go?

Rent A Girlfriend is a story about a 21-year-old young college student Kazuya Kinoshita who gets his heart broken by his girlfriend. As he suffers from the loss of heartbreak he tries to rent girlfriends so that he can move on from his ex easily. During the process of renting girlfriends, he forms a connection with a lot of girls. Ultimately ends up having deep and meaningful connections with Chiruzu. When Kazuya rents Chizuru as his girlfriend he introduces Chizuru as his real girlfriend to friends and family. As everyone is now convinced that both of them are actually dating he is forced to bring his girlfriend Chizuru to all the social events. Kazuya keeps hiring Chizuru to save himself from embarrassment. As he meets her regularly and spends time with her he starts falling for her. But there are two other girls who love Kazuya and try to have him. The ultimate twist of the final episode will be who Kazuya will choose as his partner.

The main character of the series is Kazuya Kinoshita, a twenty-one-year-old college-going student who has one of his worst breakups with Mami Nanami and wants to move one from his ex. Kazuya ends up hiring a rental girlfriend named Chizuru Mizuhara. As he introduces his family members and friends to his rental girlfriend as his real girlfriend he has to now take her to all the social events to keep up with his lie. As a result, he keeps hiring Chizuru. After spending so much time with Chizuru he starts falling for her.

Chizuru Mizuhara works as a rental girlfriend under the Diamond company. She keeps getting hired as a rental girlfriend by Kazuya Kinoshita. Chizuru lets him hire her as she wants to help Kazuya to get over his ex Mami Nanami. Chiruzu Mizuhara wears dark and big classes and has braided pigtails. As Chizuru and Kazuya start meeting each other they get to know they are neighbours and live next to each other. Chizuru wants to become an actress inspired by her grandmother who was also an actress in her young days.

Ruka Sarashina is the character that makes the love story of Chiruzu and Kazuya interesting. The show is a love triangle between Ruka, Chizuru, and Kazuya. Ruka is also a rental girlfriend who works for another company. She is hired by Shun Kuribayashi, when she watched Kazuya and how gently he cares for Chizuru she starts falling for her and now she is in a race to win Kazuya over Chizuru.

Sumi Sukurasawa is a colleague of Chiruzu who just joined the company and is in the first year of her college. As a new and young woman, she is underconfident and cannot talk much about her rental dates. Chiruzu sends Sumi on a date with Kazuya thinking it will boost Sumi’s confidence and help her on her dates. As soon as Sumi goes on a date with Kuzuya she starts liking him.

Other characters in the series include Nagomi Kinoshita, she is the maternal grandmother of Kuzuya and friends with Chiruzu’s grandmother. After knowing both of them are dating Nagomi becomes very happy and wants them to be together always. Sayuri Ichinose is Chizuru’s grandmother. Sayuri and her husband brought up Chizuru after their daughter died, she was a single mother.

Where To Watch Rent A Girlfriend?

There are a lot of platforms where Rent a Girlfriend is available but it is not for free. If you want to watch seasons one and two for free you can watch them on Netflix or Crunchyroll. If you want to watch the English dubbed version of Rent a Girlfriend you can watch it on Muse Asia YouTube Channel. The channel is only available in East, South, and Southeastern Asia. But you can change your locations to one of these countries and download the app easily after which you can search for the English-dubbed version of Rent a Girlfriend.

ALSO READ: Classroom Of The Elite Season 2 Episode 3 Release Date Is Out!