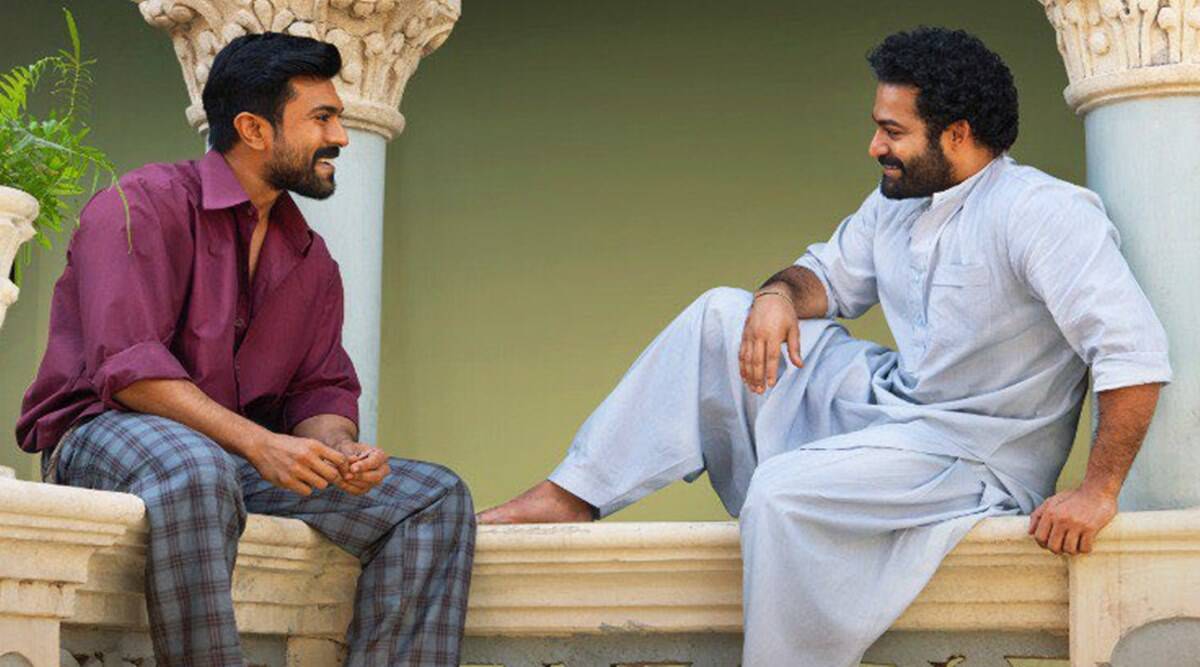 N.T Rama Rao Jr., more precisely Nandamuri Taraka Rama Rao Jr. is a household name now, primarily known for his Telugu movies, it is not surprising to find fans of N.T Rama Rao all over India but also in a foreign land, he has made such an influence that is hard to ignore, even if someone has not seen a single N.T R. movie, they may have surely heard about him as an actor.

When an actor rises to fame, everybody wants a glimpse into their personal as well as reel life, news about an actor’s relations, fights, families, and vacations are always trending, and even if you are not that invested, it is hard to resist to click on that article or video to know about their personal lives.

N.T Rama Rao is one such actor, with 4.5 million followers on Instagram, and his film, R.R.R, with Ram Charan, Alia Bhatt, and Ajay Devgan, directed by Bahubali fame S.S Rajamouli, was India’s third highest-grossing film with earning a little over Rs. 1003.35 cr. , so it is obvious that people are interested in N.T. Rama Rao’s life.

N.T.R has numerous good friends in the industry and as well as out of the industry, in the quest for fame and success he met a lot of people.

There are several posts of Jr. N.T.R with one of his friends there is a childhood friend of his, Snehal, N.T.R has posted both on Facebook and Twitter with Snehal, and there is a Twitter post of N.T.R with Snehal in London.

While there is not much information about Snehal available on the internet, he seems to have a good friendship with him.

Their friendship seems strong, N.T.R has confessed that it was not a trend in Tollywood a few years back to work in multi-starrer movies, now with the time changing people love to see big actors working together, also the actors are enjoying working with their industry mates.

The trio of N.T.R, Mahesh Babu, and Ram Charan is quite popular in the Tollywood film industry, all three of them have been seen together many times, sometimes back, and three of them can be seen together in photos uploaded by Mahesh Babu’s wife Namrata, the photos were of Vamshi Paidipally’s wife Malini Paidiapally, the stars and their family were seen to be enjoying the evening, Ram Charan, N.T.R were also seen together a few years back at Mahesh Babu’s audio launch of “Bharat Ane Nenu”, Mahesh Babu was also on the Telugu version of “Kaun Banega Crorepati” hosted by N.T.R, and their back-stage fun was massive.

It is discovered that N.T.R takes advice on his personal life and about movies from Rajiv Kanakala, Rajiv was seen in a guest appearance of N.T.R’s movie, who can be a better friend than someone you can take advice from.

Born on 20 May 1983, as the son of renowned politician and actor Nandamuri Harikrishna and Shalini Bhasker Rao, Nandamuri Taraka Rama Rao also known as N.T.R got an impact on two cultures because his mother Shalini was a Kannada Brahmin and his father Harikrishna is of Telugu descent.

N.T.R completed his school at Vidyaranya High School, Hyderabad, and completed his later education at St. Mary’s College, Hyderabad, he is also a trained Kuchipudi dancer, meaning he excels both in acting, studies and extracurricular activities,

He hails from a family of famous politicians and actors, he got his name N.T Rama Rao from his grandfather who was an actor, director, and former chief minister of Andhra Pradesh, his uncles Nandamuri Balakrishna and the former chief minister of Andhra Pradesh, N Chandrababu Naidu are prominent politicians, he is also cousins with Nara Rohit, Nara Lokesh, and Taraka Ratna.

On 20 May 2011, N.T.R married Lakshmi Pranathi, she is the daughter of businessman Narne Srinivasa Rao, N.T.R and Lakshmi has two sons,

Coming from a political family, in the 2009 general elections, N.T, R was campaigning for Telugu Desam Party, on 26 March, he became a victim of a car accident, in the SUV in which he was a passenger got struck by another vehicle coming from the opposite side, N.T.R, as well as the other car passengers, were injured, thankfully all were well, and N.T.R got treated at a hospital in Secunderabad.

N.T.R started his successful film career with the movie Brahmarshi Vishwamitra as a child artist at the age of 7, the film was directed by his grandfather N.T Rama Rao, and at the start, he played smaller roles in movies like Rama in the mythological movie Ramayanam, which won the National Film Award for Best Children’s Film and the film received a good critical response.

Later he made his debut as a lead actor in the movie Ninnu Choodalani in the year 2001, the film was a commercial failure, he rose to fame with the film Student No. 1 in 2001, and the action drama film Aadi by the director V.V Vinayak, in that movie N.T.R played the role of a man trying to take revenge on a man for killing his parents, the movie was the highest-grossing film of the year 2002.

He then appeared in several movies like B Gopal’s Allari Ramudu in the year 2002, and A.M Rathnam’s Naaga in 2003, his films with the director S.S Rajamauli have always been a hit in the Telugu cinema, he also worked with Puri Jagannadh’s Andhrawala, which turn out to be a box office failure.

N.T.R has had his fair share of failures, when his three movies, Naa Alludu, Gopal’s Narasimhudu, and Surrender Reddy’s Ashok, all failed at collecting money. His performance in the movie Rakhi by the director Krishna Vamsi is considered one of his best movies.

He is known as the Young Tiger of Tollywood, Rama Rao got a Filmfare award and good reviews for his movie Yamadonga with S.S Rajamauli, in 2009 he took a break from acting to campaign for Telugu Desam Party in the elections, before taking a break he starred in Kantri by Meher Ramesh.

In the year 2013, N.T.R’s movie Baadshah, got him his due success, the movie earned 480 million rupees in 50 days, Baadshah got premiered at the Osaka Asian Film Festival held in Japan in 2014, this period was the lowest of his career, as Baadshah was the only film that got success, all his other films were a flop.

After having flop films, his career rejuvenated with Puri Jagannadh’s Temper in 2015, he got his second Filmfare award for best actor, for his role in the movie Nannaku Prematho directed by Sukumar, the movie became his career’s highest-grossing film after Baadshah, later in the year 2016, he starred in Janatha Garage directed by Koratala Siva, the movie is the second highest earned film after Baahubali in Tollywood.

With some more successful movies, N.T.R was recently seen in the box office hit R.R.R directed by S.S Rajamauli, he will be seen working with Koratala Siva again for a movie which will be his career’s 30th film, he has also announced his 31st film with Prashanth Neel.

N.T.R has had quite a good Television career too, he hosted the first Bigg Boss season, telecasted on Star Maa, his television debut was a massive hit and had record-breaking TRP, he has also been guest-starring in reality TV shows like Dhee and Dhee 2, in 2021 he also got involved in production management.

N.T Rama Rao has won several awards in his career including, 2 state Nandi Awards, 4 CineMAA Awards and 2 Filmfare Awards, in 2021 he was also featured in Forbes India’s celebrity 100 lists.

The career of N.T.R is inspiring for anyone, he has had his bad times, but also managed to get out of those times with a shining comeback, his upcoming career is going to be marvellous or anything.

READ MORE: Ramcharan Bestfriend: Who Is The Superstar’s Close Friend?