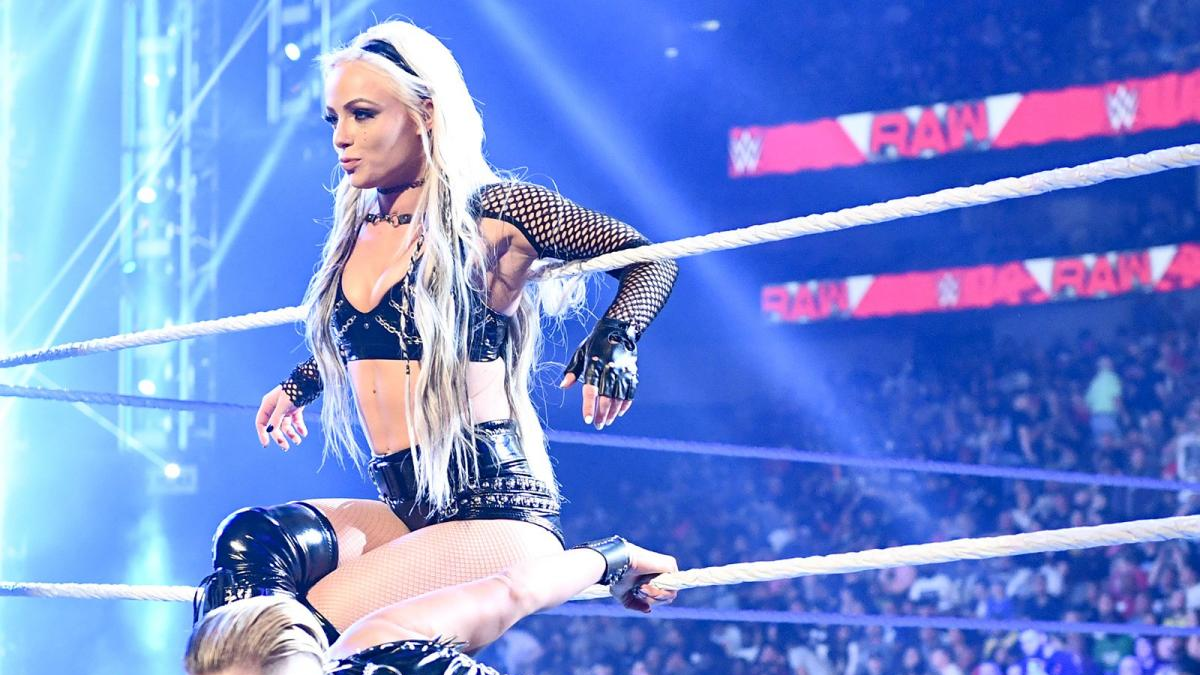 The American Professional wrestler Gionna Jene Daddio was born on June 8, 1994. Her ring name is Liv Morgan and she is currently signed to WWE where she performs on The Smackdown brand. Liv Morgan is one of the most successful wrestlers in WWE and has been an inspiration for all her fans. In 2017 Liv Morgan was promoted to the main roster where she paired up with the tag team under the name ‘Riott Squad’. After two years of being a part of the tag team, she become a single competitor in 2019. Within a few months of being a single competitor, she returned to the Riott squad once again.

Liv Morgan became a big name in the wrestling world after she signed with WWE. Liv Morgan is known to be a very friendly and lively person who gets along with the people around her very easily. While there are many people with whom the American wrestler shares close friendships and bonds let us see who has been her best friend in her personal life.

Liv Morgan is the best friend of Sarah Logan. Both of them met when Liv Morgan, Ruby Riott, and Sarah Logan were promoted to the main roster in November 2017. The three women came together and attacked many women on the SmackDown brand backstage. They were known as the Riott Squad. When they were together it gave all three of them an opportunity to travel the world together in which they became close friends and got to know each other well. During the trip Liv Morgan, Sarah Logan, and Ruby Riott also got matching tattoos of the day when they were promoted to the main roster, giving us some major best friend goals. The bond became very strong and close eventually.

But even after Sarah logan was released from WWE in April, Liv and Sarah maintained a close friendship. Liv also posted a picture with Sarah on Instagram with said ” Sarah and I got reunited for the first time since the Riott Squad split up as we were doing the same appearance….u know we had to call Ruby and have a duo squad reunion… Forever my best friends”

This post is enough to say how close the two girls are to each other. The two have been in touch even after they split up and continue to support each other. Liv Morgan also stated that she and Sarah are best friends, in the same post. Liv Morgan and Ruby Riott also share a close bond and are good friends since 2017.

ALSO READ: Blackpink Comeback 2022 Date: When Will We Have New Song?

Other Close Friends Of Liv Morgan

Liv Morgan is also a good friend of current AEW star Athena. Although Liv and Athena are known to be rivals inside the rings and have fought against each other a lot of times. But you will be shocked to know that Athena and Liv are actually very good friends when it comes to their personal life. They have often shared their views about how close they are and how much they enjoy each other’s company. You may see both of them fighting against each other with a Poker Face inside the Rings but that is definitely not the case when it comes to their lives outside the ring.

Liv Morgan also shares a great friendship with Brodie Lee Jr. While the young wrestler Brodie is still healing from his father’s loss and chasing his dreams Liv Morgan has become a great support to him. Both of them are often seen having practice sessions together where Liv Morgan is helping Brodie to enhance his skills. Liv has also shared a note for Brodie on her Instagram account with said how happy she is to train with him. This friendship is definitely an unexpected friendship that is beyond any of the wrestling promotions.

Liv Morgan has been a great friend with Toni Storm since the two of them teamed up together. In an interview with Scott Fishman of TV Insider, Liv Morgan expressed how much she loves teaming up with Toni Storm. She said that after the split-up of the Riott Squad she was completely against tag teams but when it comes to Toni storm she can team up with her every single day. She also mentioned how she admires Tony a lot for how hardworking she is. She mentioned that she was a fan of Toni even before she came to WWE and how Toni always gives her 150% in every match. Liv Morgan praised Toni Storm a lot for her competitive spirit and how she goes to every match and gives her best, this is the quality of Toni that gravitates Liv Morgan toward Toni Storm.

Liv Morgan and Ruby Soho have been part of the Riott Squad in WWE. Both of them became best friends with each other since then. They shared a great bond even after the team split up. Ruby and Liv have been each other’s biggest support Morgan has also shared how Ruby used to watch her matches regularly even after being in a separate company and motivate her for upcoming matches. In one of the interviews, when Ruby was asked about the Riott squad she mentioned Liv stating that Liv is an amazing woman. She said that she was grateful to have the journey of Tag Team with one of her best friends Liv Morgan.

The wrestler was born in New York City and raised in Elmwood Park, New Jersey. She has four older brothers and a sister. Their father died when she and her siblings were young. After the death of her father, Liv’s mother raised all six children alone as a single mother. Liv wanted to become a professional wrestler ever since she was a kid. As a teenager, she used to wrestle with her siblings in the backyard and pretend to be like all the glamorous Divas of the wrestling world. She mentioned that she used to consume pedigrees and power bombs every day and how she found wrestler Lita to be the coolest wrestler ever and she related with her a lot. Wrestling was always her first choice and she never had any other plans.

Liv Morgan was rumored to be dating nZo, the former WWE cruiserweight champion. They first met sometime before liv Morgan joined the Riott squad in WWE. Morgan used to work in a hooters restaurant and that is when they had their first encounter. It is speculated that both of them were dating in 2016 and in one of the interviews nZo also revealed that he and Morgan lived together for a while when he was in NXT. He also said that he dated liv at that time. The couple split up in 2017. A former member of the Riott squad hinted that nZo cheated on Liv which was the reason for the split up.

After her breakup with nZo, Liv Morgan was linked to dating the NXT UK champion, Tyler Bate. The two used to exchange flirtatious tweets. There were also some pictures shared on social media in which the two of them posed with each other and seem to be close. Both of them never confirmed the relationship. However, their relationship lasted for a short while after which they broke up in 2018 when Liv mentioned that she is single “I am ready to mingle” was her statement.

Liv Morgan is currently rumoured to be dating former WWE Raw Tag Team Champion Bo Dallas. Bo Dallas was in a relationship with the NXT star Sarah Backman. The two of them started dating when they were in NXT together. After being in a relationship for some time both of them got married in June 2014, two months after which Sarah Backman retired from Professional wrestling.

Dallas and Sarah’s marriage lasted for five years after which they got divorced in 2019. It is rumoured that Dallas and Liv Morgan are dating for the last two years and the couple is living together on a farm. Both of them never commented anything about their relationship status but one of their close sources confirmed that the couple is living together as well as starting a family real estate business together. The relationship between Dallas and Liv seems to be pretty serious and private. Both of them have never talked about each other or shared anything related to their relationship on social media which shows how private the couple is. Looking at the seriousness, we can expect their wedding soon.