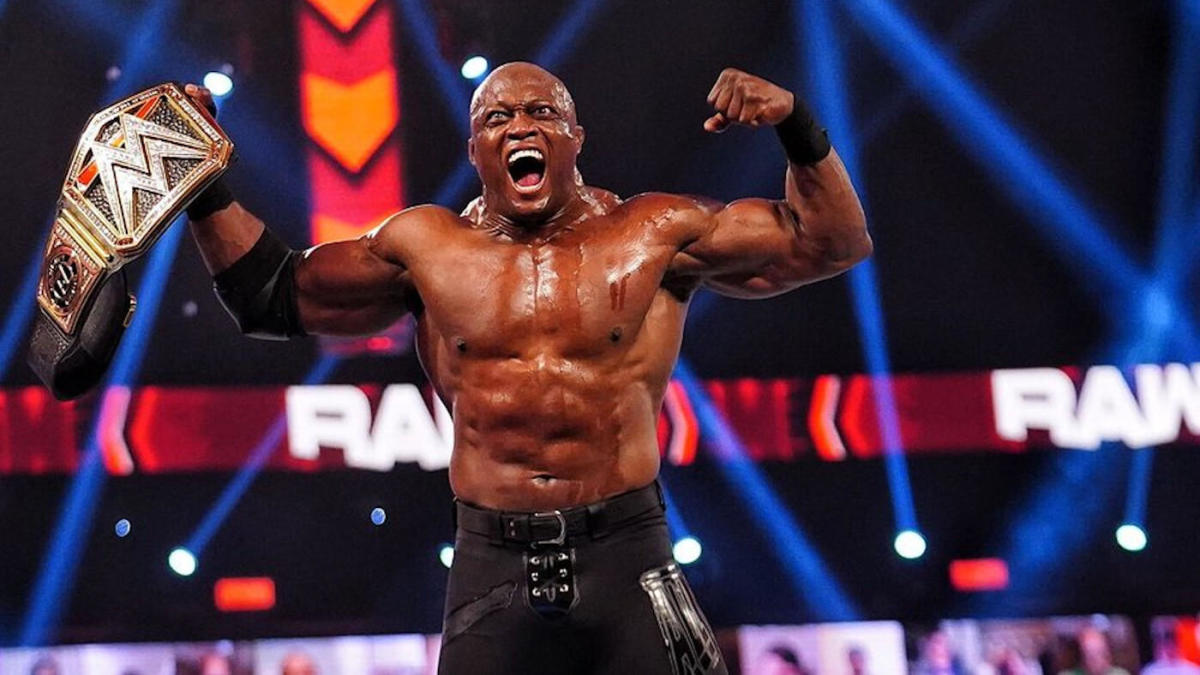 Franklin Roberto Lashley was also known by his ring name Bobby Lashley is an American Professional wrestler, bodybuilder, and mixed martial artist currently signed with the WWE performing on the Raw brand. He is the current WWE United States champion in his third reign. During his successful career, he has been an eight-time World Champion, two-time WWE Champion, two-time ECW Champion, and four-time Impact World Heavyweight Champion. He has also had a career in mixed martial arts.

The 45-year-old wrestler was born on July 16, 1976. His father was a US Army drill Sergeant belonging to Panamanian descent. He debuted in WWE in 2005 when he appeared on The Smackdown brand and became one time United States champion. After which he became a two-time ECW World champion, Bobby Lashley was the first African American to win the Championship of ECW. Along with being a wrestler he also pursues a career in MMA (mixed martial arts) with his first professional fight in December 2008 after which he signed with Bellator MMA in 2014.

Bobby Lashley shares a very close Bond with MVP. The two of them came under the partnership with the name Hurt Business. Both MVP and Bobby Lashley started their career together, they didn’t know each other before the partnership started but begin to share a close bond ever since they came together.

Bobby Lashley is not friends with many people, he is an introvert and doesn’t share a close bond with many people from the wrestling industry. But when it comes to MVP, he said that their Bond evolved naturally. In an interview with Scott Fishman on TV Insider, he was asked about how his bond with MVP has been, he said that MVP and his partnership were meant to be and they fit with each other naturally. He further added that he can relate to MVP as both of them started their career together and had the same career path. During the partnership, they become even more close and got to know each other well and they will continue to be good friends.

While Bobby Lashley has many rivals and enemies in the wrestling world it seems like he has found a good friend in MVP, we hope that their friendship continues and can see more of their friendship and partnership as wrestlers in the future.

ALSO READ: Molly Mae Hague Net Worth: How Much The Social Media Makes Him Earn?

Franklin Roberto Lashley was born in junction City, Kansas. The American wrestler grew up with his mother and three elder sisters. His family used to move from one military base to another as his father was stationed at Fort Riley. He and his three elder sisters went to Riley middle school. His mother never spoke English and struggled to get a good job to support her children.

When Bobby Lashley was in 7th grade he started playing wrestling and football. As he moved to high school he continued to wrestle in his high school and college. During his college days, he became the National Wrestling champion for three consecutive years. After graduating in 1999 from Missouri Valley College with a bachelor’s degree in Human Service Agency Management and Recreation administration he served in United States Army like his father. He was in Army for three years, the wrestler was awarded a gold and silver medal by the International Military Sports Council for a wrestling competition.

Apart from wrestling Bobby Lashley also has several business ventures of his own. Lashley owns a healthy smoothies shop which he started in 2007. In July 2019, he launched his own Lashley network of websites that had information about his official gym, nutrition store, and other fitness pages of Bobby on social media. During the launch of his website, he said in an interview that he wants to be a top MMA fighter and is aiming to keep his reputation good in front of the public to reach his goal. He launched this website so that people can connect with him more and relate to his fitness journey. Apart from this, the wrestler is also featured in WWE Smackdown versus Raw 2008 and WWE Smackdown versus Raw 2007 video games. He was featured in the games as a downloadable character.

According to the current records, Bobby Lashley is single. Like most other celebrities, even Lashley likes to keep his personal and professional life on separate tracks. He has never commented anything about his relationship status and has never seen being linked to a lot of names inside or outside the wrestling world. But being a star of the wrestling world media is always on a hunt to know who made the dating and what is going on in his professional life.

Although he is not dating anyone right now he did have a few relationships in the past like all other celebrities. One of his most talked-about relationships is with Kristal Marshall, an American model and retired professional wrestler. Kristal Marshall is best known when she was in World Wrestling Entertainment on its SmackDown brand and in Total Nonstop Action Wrestling. Bobby Lashley dated Kristal Marshall in 2007, their relationship lasted for three to four years. They also have two children together. The firstborn is a son named Myles Lashley who was born in July 2008 and a daughter named Naomi Lashley born in 2011. The couple split up in 2010 before their daughter was born. The breakup was confirmed by Kristal by a tweet.

Before being in a relationship with Kristal Marshall Bobby Lashley was rumoured to be dating CJ Perry. She is is an American Professional wrestler, actor, and dancer. She joined WWE under the name Lana. Both of them dated for a short while. Although Bobby and CJ Perry never commented on the relationship but were seen together a lot of times. Being a private and an introvert Bobby Lashley has been linked with very few women. His most serious relationship with was wrestler Kristal Marshall.

The wrestler’s net worth as of 2022 is recorded to be 4 million dollars. His major sources of income have been pro wrestling and other business ventures he has invested in. He also earns from brand endorsements, he is currently endorsing a brand named Nutrabolics, a Canadian supplement company. Bobby Lashley’s salary in WWE is around 1 million dollars. He was also trained in martial arts when he was young. Apart from the salary he also owns his business ventures and other Investments. Bobby Lashley had a successful wrestling career from which he gained good financial stability.