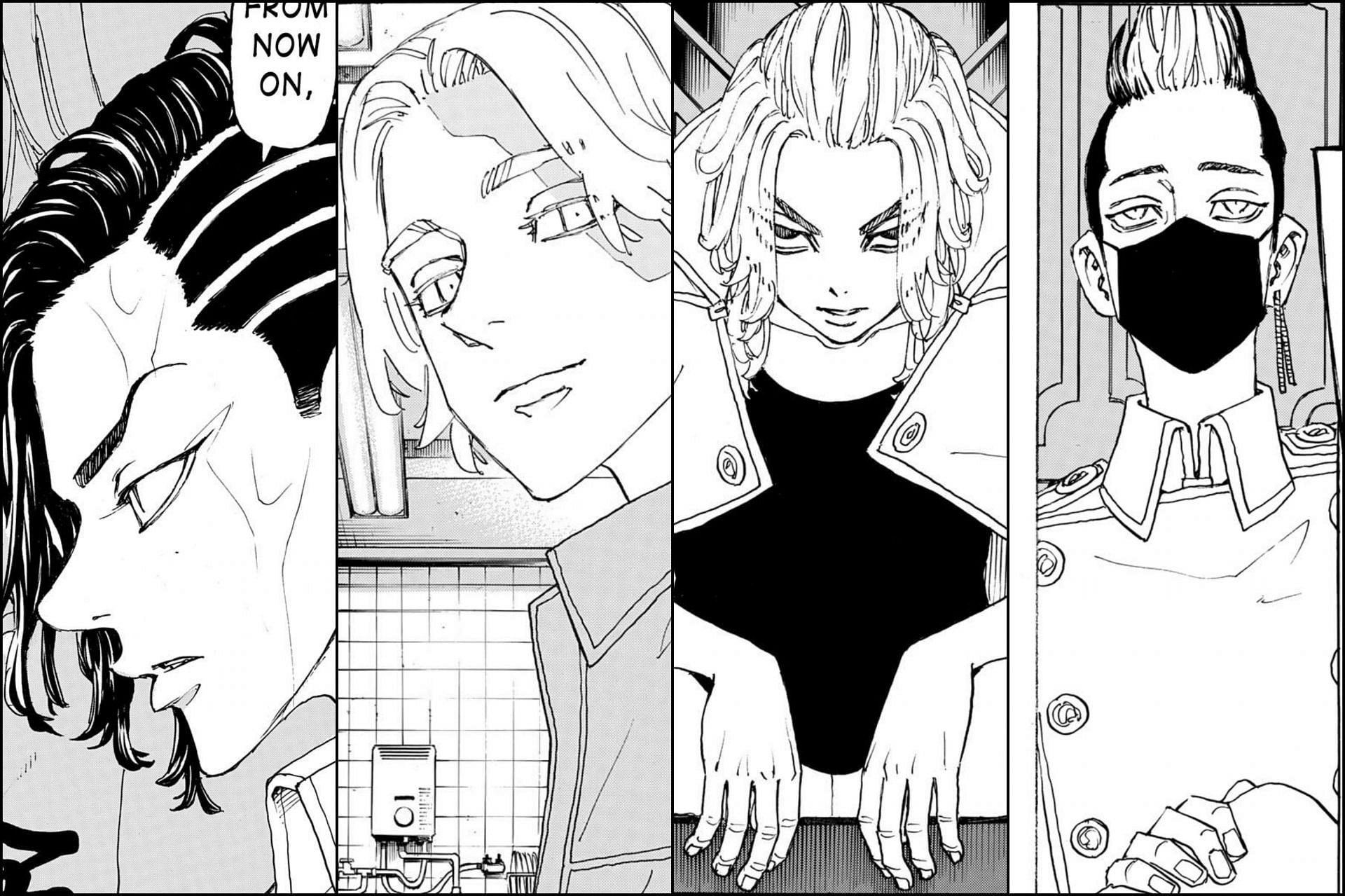 Tokyo Revengers is an action, science fiction, suspense thriller manga series written and illustrated by Ken Wakui. The manga is very popular and has an anime adaption of 24 episodes with an approximate runtime of 26 minutes, and a live adaption movie with a runtime of 120 minutes. The manga has successfully circulated over 50 million copies as of January 2022. If you are a fan of manga or anime, you must already be up to date or aware of the basic plot of the story. If you aren’t, or if you are not up to date with the most recent online chapters of the franchise, we suggest you skip this article. This article has huge spoilers ahead and we do not wish to spoil your fun or confuse you with the addition of new characters, as the leads have gone through a lot and you might not relate to them the same as you did before. This article will provide you with the basic details on the release of Chapter 161, and a few predictions on what the chapter is about. You have been warned, that this article has a lot of spoilers in waiting, and we hope you can contain your curiosity if you are not up-to-date with the recent content.

Chapter 261 for Tokyo Revengers is scheduled to be available on 12th July 2022. On unusual occasions, the chapters can be released before or after the scheduled date but, the illustrator has shown great responsibility and consistency in the release date of content for the manga, so it’s likely the case that we can get our favourite chapter on time. In case of a delay or advance release, fans need not worry as the release date difference won’t be great and there might just be a difference of a day or two with or without prior notice. The chapter name and number of panels or pages have been released yet, as we got to know that information on the day of its release. The manga is currently focusing on Takemitchy (the lead), and his mission of bringing back the old Mickey and the Tokyo Manji Gang, by defeating Mickey. Mickey is no longer the same and he is unstoppable, mixing with the other powerful forces. Takemitchy is preparing to make the Tokyo Manji Gang stronger so as to be able to fight Mickey, and the ‘crying hero’ is on his nerves.

In Episode 260, ‘Taiju Vs Waka and Benkei, The Black Dragons Old And New Force Collide!’, we see the fight between Taiju and the legendary duo mentioned in the title. Takemitchy, Coco and everyone are seen worried when Senju mentions the legendary powerful attack of the duo, which they are about to use against Taiju, whose impact is capable of killing. Takemitchy tries to help Taiju in the fight, but Taiju refuses his help. Although tired and clearly at a disadvantage, Taiju miraculously proves his strength by blocking their attack using his two hands to get a hold of their heads and smashing them down, defeating them. Now that they have removed the obstacles, Takemitchy is about to fight Mickey. In the upcoming chapter, the legendary fight which will decide the fate of the Revengers will take place. Will Takemitchy survive the deadly attacks of Mickey? Will Mickey be convinced by Takemitchy? This chapter will hold the key to the future.

Where To Read Tokyo Revengers?

You can read Tokyo Revengers from Azuki, Comixology Unlimited, INKR, InkyPen, Kindle Unlimited and Mangamo. These are the major sites where the manga is available, but you can always find plenty of other sites and choose one from your preference to read and enjoy. The language translations and availability of the manga as a whole are region-based and you can find the manga on the above-mentioned sites as they are common in many regions. In case your region doesn’t support your favourites, it’s high time you supported your own. If you can’t find the above mentioned sites or any other appropriate legal sites for the manga, you can always use a VPN to change your address to a preferred destination where the manga is available. VPN is a worthy buy and will always be useful for reading manga and comics which aren’t available in your region or are extremely rare or location-based. The chapters for Tokyo Revengers are updated as quickly as they are translated on the above-mentioned sites and you can always stay updated with the latest content if you use these apps.