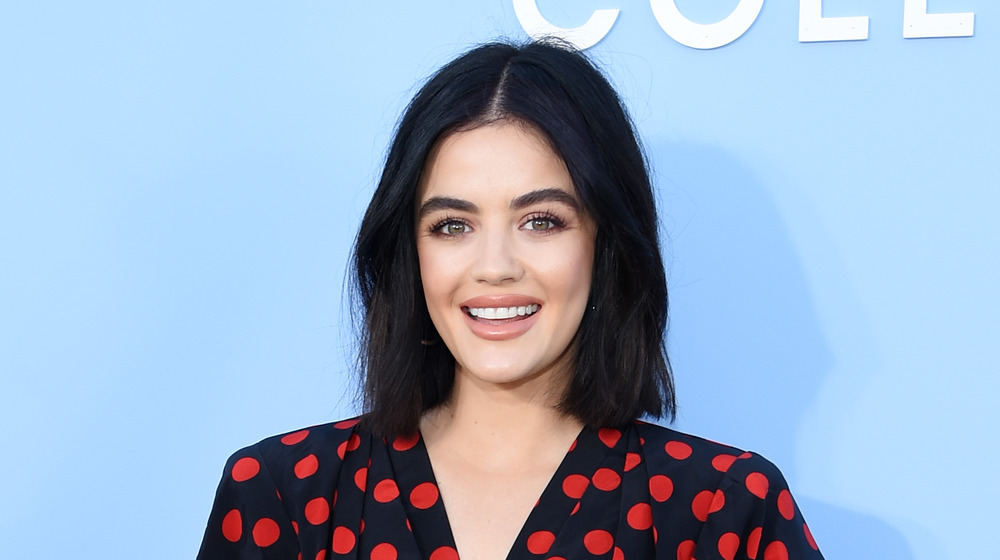 Lucy Hale is an American actress who is best known for her work in the television series Pretty little liars as Aria Montgomery. The actress was born on June 14, 1989, in Memphis, Tennessee, the U.S. to a nurse mother Julie Knight and father Preston Hale, Hale was homeschooled from an early age but later in her life she took training both in acting and singing. Lucy has revealed in an interview that she was named after her great-grandmother Hale has 3 siblings one sister, one stepbrother and one stepsister. After getting training in singing Lucy found her purpose in life and decided to pursue her career in singing in the year 2003 at the age of 14 Lucy participate in American junior which is a singing reality competition show. She made quite an accomplishment there and ranked fourth among all the contestants.

However, this was just the beginning of her and it did not end well the group that formed after the end of the show eventually had to disband. She then put her singing career on the side for a while and started focusing on her acting career she started giving various auditions both in the singing and acting field and finally bagged a role in Nickelodeon’s Drake & Josh after her minor role in the series she was seen in quite a few Nickelodeon, Disney, NBC, CBS and fox shows.

Lucy has worked really hard for where she stands in the industry from participating in the singing reality competition show to taking minor roles in tv shows at the age of 15. Lucy finally got her breakthrough in the year 2010 at the age of 21 till then she took on various minors and side roles in films and television series. Lucy auditioned for Freeform’s one of the most popular series to date Pretty Little Liars which was based on new York’s time best-selling young adult novel of the same name by Sara Shepard. Lucy got the role of Aria Montgomery who was one of the main characters in the series this role made her noticeable in the media.

Both the viewers and the critics praised her role and the actress won many awards for her role in the series. Along with her acting career, she also begin singing for series and movies that she was cast in but most of her earnings came from the 2010 teen drama series Pretty Little Liars. Lucy got $42,000 for every episode of pretty little liars apart from the series she did quite a few films, sang, commercials magazine shoots brand collaborations and various other things that she made her earnings. According to reports now her net worth is around 8 million dollars she makes as much as her co-stars in the series Shay Mitchell, and Ashley Benson.

Lucy has white Caucasian ethnicity she was born to a Christian family even though she was born in Memphis, Tennessee she moved out of the city at the age of 14 to focus on her career. Hale does not have a big group of friends she has a very small circle of close friends Annie Breiter is known to be the star’s best friend. Lucy has 24 million followers on her Instagram account where she shares her day-to-day life activities with her fans she is the second most followed person among her pretty little liars co-stars on Instagram after Shay Mitchell.

Lucy is a very private person she had various rumours related to her dating life however she did not confirm it herself few of them were confirmed by her but eventually none of them worked last. She is currently dating American actor Skeet Ulrich who is best known for his work in the 1996 horror film scream in the role of Billy. Lucy’s longest relationship was with musician Anthony Kalabretta whom she started dating in the year 2015 the relationship lasted 2 years according to sources the two of them met through common friends none of them opened up about the reason for their breakup but that was expected since the actress never really talked about her dating life in the media.