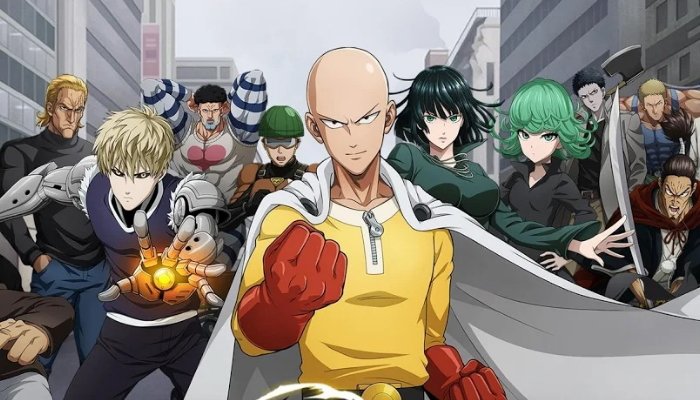 One punch man is an action, comedy superhero, and a best-selling manga written by One. The writer for the anime adaption of the legendary and popular manga is Tomohiro Suzuki. The anime has a total of 2 seasons and 24 episodes with an approximate runtime of 24 minutes and 13 OVA’s. The first season was directed by Shingo Natsume and produced by Chinatsu Matsui, Ayuri Taguchi, and Nobuyuki Hosoya. The second season was directed by Chikara Sakurai and produced by Sōta Satō and Chinatsu Matsui. The first season was broadcast in Japan from October to December, 2015, and the second season was broadcast from April to July, 2019. In this article, we’ll be going deep and bringing together every bit of information we know about the anime and its possible future seasons.

Is One Punch Man Anime Finished?

As of now, there has been no new news regarding a possible season 3 or a follow-up movie after season 2. It looks like we still have to wait for some time before the creators confirm any news regarding the series. One Punch Man manga is still in the making and there is ample content for many future sequels, OVAs and movies. Although there is content, the production for the anime will still take months to complete and the post-production is no easy feat either. Once we receive news regarding the sequel, we will have to wait at least more than half a month or a year before we get our series in hand. This prediction would completely change if the movie is already in production. If this be the case, we might be surprised by the creators when they suddenly drop the sequel bomb on us.

ALSO READ: What Are The Updates Of One Punch Man Chapter 151?

One Punch Man is a home to many great characters. The heroes and villains are well created after being awarded with many unique abilities. The hero association consists of different classes and ranks, who are provided different jobs based on their class and rank. The greatest and most prestigious class is the S-Rank Class, following A, B, C and unknown Rank or Class heroes. The characters listed below are the names of all the characters you need to know to understand the overall plot.

Saitama – A hero with superstrength, capable of defeating high level monsters, villains and aliens with a single punch.

Speed o’ Sound Sonic – A master of Ninjutsu, able to move at the sound of speed and Saitama’s nemesis.

Genos – A 19-year-old cyborg and Saitama’s disciple. He is given the name Demon Cyborg and is an S-Rank hero.

Mumen Rider – A topper of the C-Rank class, who is obsessed with doing good deeds.

Agoni – A multi-millionaire and the founder of the Hero Association, who was once saved by Saitama. His encounter inspired him to create the association.

Boros – An alien and the leader of the Dark Matter Thieves. He is one of Saitama’s most powerful opponents.

Esper Blizzard – Fubuki, youngest sister of Tatsumaki and the leader of the Blizzard group, a B-Class hero group

Garo – disciple of Bang. One of the main antagonists in the anime, who mutates into a monster.

Psykos – An esper and the military advisor of the Monster association. She is also a friend of Fubuki.

Blue – top member of the Neo heroes, who is aware of Saitama’s strength and claims to be the son of Blast.

The story takes place in a different reality and a continent infected with powerful villains who destroy everything and bring chaos to the world. Agoni, a millionaire, creates a Hero Association after being saved by a hero. The Association brings together superheroes and employs them to work for public safety and annihilate villains who pose a threat to property and life. Saitama is an unassociated hero who emerges from City Z and does hero activities as a hobby. He has gone through tough training to wield inhuman and undefeatable strength. Since his strength is by far the greatest, he easily wins every match and doesn’t have proper competition to test his powers or proper motivation to grow stronger. He is just bored living his life with his gift, which allows him to defeat any enemy with a single punch. Genos, a cyborg, is saved by Saitama and learns of his unmatched abilities and wants to learn under him.

Genos wishes to grow stronger and to seek revenge on behalf of his family and hometown. Saitama is not interested in teaching him, but they somehow end up joining the Heroes’ Association. They wish to gain notability, but Saitama scores a low score on his written exam and remains underrated amongst his peers and the public. Nevertheless, he does remarkable things, like saving people from 2 colossal disasters which go unnoticed. The Hero Association organises a meeting for top heroes. They discuss the seer Shibabawa, who predicts the world will be in grave danger before he dies. An alien named Boros invades the planet and the heroes get to their jobs, defeating the alien forces and destroying Boro’s ship. Saitama faces Boro and manages to slay him after a good battle where Boro takes in a few of Saitama’s punches. Saitama meets the top heroes of the association, like the martial Artist Bang and Esper Blizzard.

Garo, Bang’s former apprentice and self-dubbed ‘Hero Hunter’, terrorises heroes relying on a grudge from his childhood when he was bullied, which made him hate heroes. The number of monsters seems to rise in huge numbers, and it is the work of the Monster Association, which consists of monsters set on destroying the Hero Association, located in City Z. They start creating chaos in cities and kidnap a Hero Association executive’s child. They hire humans and mutate them into monsters by using the ‘monster cells’, which provide them with great powers. Garo befriends and gets attached to a hero-loving child and keeps increasing his abilities as he fights heroes. He catches the Monster Association’s attention and they attempt to bring him in with them. Garo refuses and they kidnap the kid to force him to join. Enraged, Garo barges into the association, trying to save the child, and gets captured. The Hero Association steps in to save the kids and involve them in a heavy fight with the monsters. The impact of their fight is huge, and City Z gets heavily damaged. Blizzard captures Psykos, her childhood friend and the main brain behind the organisation.

All the monsters are almost defeated and Saitama comes across the powerful Hero Blast, who comes to collect the artifacts and warns him of a threat which could be known as ‘God’. Garo emerges and injures many heroes. He is not the same Garo as before, and has been mutated into a powerful monster. Beating up the heroes is as easy as cutting a pie for him, before he comes face to face with Saitama. Saitama manages to defeat him and destroy his monster mutation, turning him into a normal human again. He decides to spare his life after Garo’s small friend tries to stop Saitama. As the battle ends, The Hero Association is in a fix because of the troubles they created and their poor disaster handling skills. They lose the favour of the public and many heroes decide to retire or turn to the Neo Heroes, another rival hero group which is better at andling monster threats with minimal destruction. The association is under the leadership of hero Blue, who claims to be the son of Blast.

ALSO READ: 25 Worst Episodes Of One Piece To Date!

Where To Watch One Punch Man?

One punch man is available to watch on Netflix, Crunchyroll and Hulu. Apart from these popular services, the anime is also available on many other platforms, depending on your location. One punch man is a popular choice for anime streamers, and is one of the anime that bring most of the revenue for anime platforms. Hence, finding this anime is an easy job, but, if you are still lost and confused, we suggest you use a VPN. VPN is definitely a good buy. You can watch your favorite anime and other shows, which are rare to find, by just changing your location to the place where the anime is available. One punch man is also available to buy, rent or watch on Amazon Prime Video.