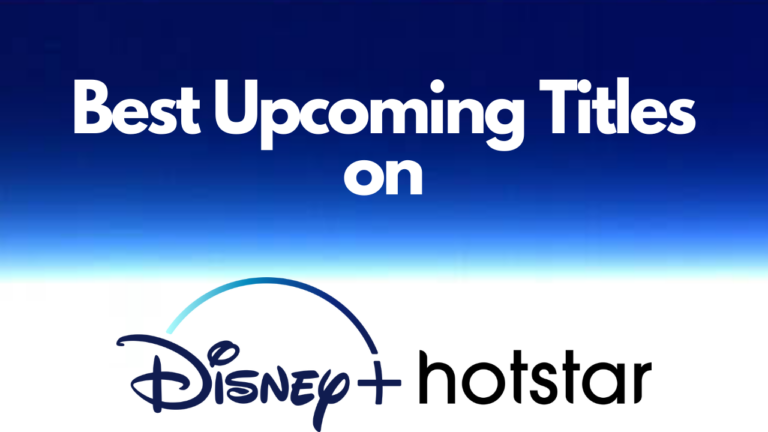 Are you planning your watchlist and want to watch something new and the latest? In the world of ott,
there are hundreds of web series and movies available on multiple different platforms. But sometimes
every one of us wants to watch something new and fresh rather than watching the old ones. Disney
Hotstar is one such platform where you can watch multiple movies and web shows. It gives you options for almost all genres and you can never run out of them.

Having millions of options is a good thing but at the same time, we also get confused sometimes about
what should be watched and what is new on the platform. Disney Hotstar will not only give you access
to all the Disney movies but also the original creations of Hotstar and many other loved series and
shows. From American thrillers to new K-dramas like Snowdrop Disney Hotstar has it all.

There are some exciting things lined up in the release August 2022 release schedule of Disney Hotstar
and we cannot wait to tell you everything about these exciting releases. So here is the list of all the
releases of Disney Hotstar that will take place in the month of August.

She-Hulk is the eighth series of Marvel Cinematic Universe produced by Marvel Studios. The series is
based on one of the comic characters of Marvel “She-Hulk”. The series is created by Jessica Gao and
stars Tatiana Maslany, Jameela Jamil, Josh Segarra, Ginger Gonzaga, Jon Bass, Renée Elise Goldsberry, Tim Roth, Mark Ruffalo, and Benedict Wong. Jessica Gao is the writer while Kat Coiro is the director of the series.

This series is a perfect combination of comedy, drama, science fiction, action, adventure, and
superheroes. So overall, you will get to taste everything in this movie and it will be a good rollercoaster ride for all of us to watch this show on our screens.

She-Hulk will premiere on Disney Hotstar on August 17, 2022. The show is a part of phase four of the
Marvel Cinematic Universe and the last episode will air on October 12, 2022. So we can expect that
season one will run for one month in which all the fresh episodes will be released. Season one of the
series will consist of nine episodes in total.

Premise Of She-Hulk: Attorney At Law

The story is based on a lawyer who is into the cases related to superheroes but ends up becoming a
green superhero She-Hulk herself. The She-Hulk character’s name is Jenifer Walters having a
complicated life and is in her 30s. She turns into She-Hulk who is 6-foot-7-inch and now has to liver her life as a superhero.

The trailer of the series looks quite interesting. Jenifer Walters describes herself as a person who has “
great friends, a demeaning job, and an irritating family” This is what her life is like before she is being
made the face of a superhero case and this case demands her to transform herself into a superhero
“She-Hulk” We also see a glimpse of Bruce who helps her in becoming a She-Hulk and explores her
powers.

The trailer was released on the 19th of May and its duration is around 1 minute 47 seconds. It gives us
an idea about how the series will take off in the first season. The first season will introduce us to the
She-Hulk and take us on a journey with her of how she will adjust to the world and how the world and
people around her will react to her transformation.

While She-Hulk is becoming the talk of the town CGI is gaining a lot of attention after the trailer. while some people commented that the CGI is bad and found it awful some of them thought improved. Here’s what fans have to say about the CGI of She-Hulk.

“She-Hulk looks fun and light-hearted and I honestly dig the whole vibe too. I just can’t oversee that terrible CGI which is so disappointing I probably expected better lmao,” says one viewer

“I like the tone of She-Hulk. It feels fun. And Maslany is hella talented, that shows. But my lord you have Gamora. You could’ve used practical effects on her face and body. They have the resources. Maslany is too talented to be hidden in that CGI nonsense” commented someone else

While some of the supporters came up with some supportive comments toward CGI like:

“The CGI in She-Hulk definitely needs some work but I fully expect it to get worked on a lot more anyway since the show isn’t out for another few months, other than that though the show looks very fun and I’m definitely looking forward to it,” defended a fan

“Anyone complaining about the She-Hulk CGI needs reminding that it isn’t out for another THREE MONTHS. Look how good the Marvel Disney+ shows have been in terms of effects so far. Keep your purple pants on,” says one more viewer of the trailer.

House Of The Dragons

The upcoming fantasy drama created by Ryan J. Condal and George R R Martin will be premiered on
both HBO and Disney Hotstar. This drama is based on the 2018 novel Fire & Blood written by Martin.
This series will be a prequel to the very famous and loved Games Of Throne. None of us is hidden by the extreme popularity of Games Of Throne. Even after years of its release viewers still love this series and we are sure Games of Throne fans must be super excited to view the prequel of their favourite show.

The House of the dragons was announced in October 2019 and the hunting for the cast started since
then. The maker’s finalised the cast in July 2020, after one year of announcement. The series will
premiere on Hotstar on August 21st 2022.

ALSO READ: Does Kamla Khan Have ADHD? Read To Know!

House Of The Dragons Season 1 Episodes

Until now it is not known how many seasons will the series have in total but we can assure you that
there will be more than 2 or 3 seasons for this historical show. The first season which will be released
this August will have ten episodes in total. The running time of each episode will be somewhere around 50-60 minutes.

House Of The Dragons Cast

Paddy Considine will be seen playing the fifth king of the seven kingdoms ‘King Viserys I Targaryen’. This king is a kind, soft, and decent man who is warm towards everyone. Emma D’Arcy is playing the role of Princess Rhaenyra Targaryen, she is the first child of the fifth king and aspires to become the first queen of the seven kingdoms. Matt Smith will be seen as Prince Daemon Targaryen, he is a dragon rider and a warrior. Also, the younger brother to King Viserys and uncle to Princess Rhaenyra. Olivia Cooke is the Lady Alicent Hightower. She is the most comely woman of the seven kingdoms, a part of the King’s inner circle and the daughter of Ser Otto Hightower. The role of young Alicent Hightower will be played by Emily Carey. Eve best will be seen as Princess Rhaenys Velaryon. His role will be known as a dragon rider and Lord Corly’s wife.

House Of The Dragon Filming

The most exciting part about historical and fantasy dramas is their beautiful settings and locations. As
the show is set about three hundred years before Games Of Thrones events took place and it will take us towards the events of Games Of Thrones. The filing for the first ten episodes of season one started in April 2021. Major parts of the show were filmed in UK and Cornwall. Some of the parts were also shot in Spain and California.

ALSO READ: 22 Best Episodes Of Keeping Up With The Kardashians!

House Of The Dragon Plot

As the series is set three hundred years before Game of Throne it will tell us the story of Targaryen
House where siblings fight with each other and dragons are against each other. You will see family drama, fights, clashes, and hatred between family members. All this fight will be for gaining control over the Iron Throne, becoming the king and ruling the seven kingdoms.

When Martin was asked about the plot of the series he said he won’t spill the beans about the plot as he
is not allowed to do so but he gave us some hints like the series will be about the dance of the dragons
and cover the vast civil war that happened before the events of Games of Throne took place. He said
that the book is a legendary tail of the Dragonstone and will see this legendary tail depicted in the series
as well.

House Of The Dragon Trailer

Games Of Throne fans are already very excited for this series and we can say by the statements Martin
that the series won’t be disappointing them at all. The trailer for House of The Dragons is already out
and it looks amazing, the cast, settings, filming, storyline, everything is giving us the Games of Throne
vibes and after watching this incredible trailer it is difficult for the fans to wait till August to watch
another masterpiece just like the Games of Throne.

Andor is an American science fiction which can also be called an action-adventure or apy thriller created by Tony Gilroy. The series is exclusively created for Disney+ and will be available on Disney+ Hotstar for its viewers. It will be a prequel of the Star Wars film Spin-off. The series is set five years before the events in Spin-off took place.

The series stars Diego Luna, Genevieve O’Reilly, Stellan Skarsgard, Adria Arjona, Denise Gough, Kyle Soller, and Fiona Shaw. The filming of the series took place in London and England at Pinewood Studios as their production base.

The Star Wars Andor filming was started in November 2020 and it was delayed due to the COVID 19
pandemic. Finally, the shoot is completed and the first season is all set to be released on 31st August
2022.

As the story is set five years before the events of the movie Spin-off, the story begins with the birth of
Andor and takes us to his adulthood. It is in adulthood that he realises he cannot run like this forever
and then Andor finally decided to block their path. At the beginning of the series, he will be a character
who doesn’t care about anything, has a lot of aggression from his childhood, and is a mindless thief.
Basically, we can describe him as a person who doesn’t believe in anything and has no mindful thoughts.

The first trailer of Andor has already been released. We are expecting another trailer to be released in
July before its release. The duration of the trailer is one minute and fifty-four seconds. The trailer shares with us a glimpse of what we will be able to watch in the series. Which says there will be a lot of drama, action, and adventure.

As the fans of Spin-off are very excited to see what led to the events of their favourite star wars movie we hope they are not disappointed and will love the series just like the movie. All we can expect from this series is a lot of action and fights. If you are someone who loves action films and shows then this series should be on your August watchlist as it is a package of action and adventure.