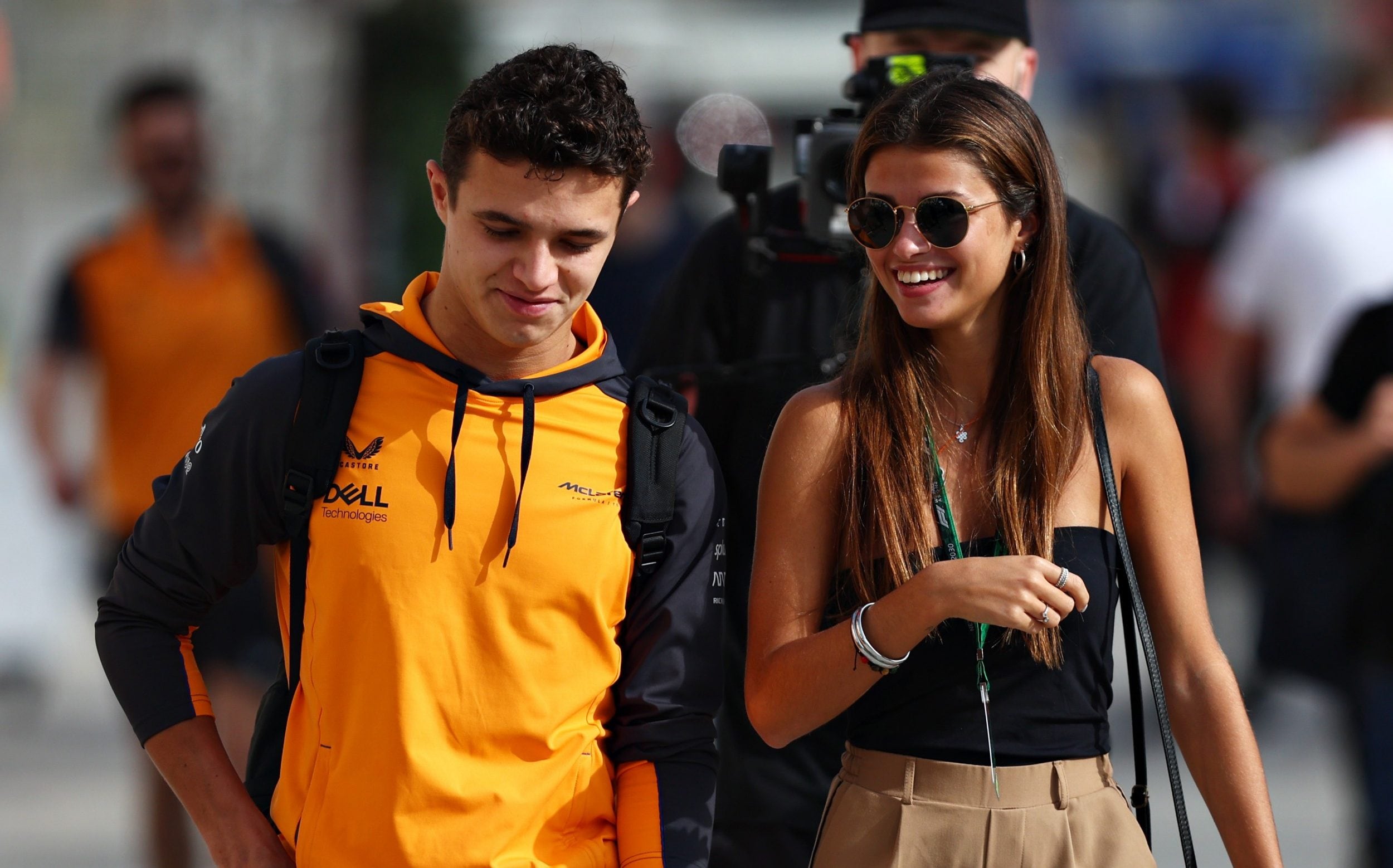 Lando Norris is a popular automobile driver in Britain. He plays for McLaren and has won various titles including the MSA Formula Championship 2015. Notably, this weekend you will see Lando Norris riding in British Grand Prix Silverstone. Fans of celebrity sportsmen like Lando, always remain interested in their personal lives apart from the game. The case is the same for Lando. For a very long time, fans of Lando Norris have been wondering about his girlfriend and personal life. However, we have various interesting things to tell you about Lando Norris’s personal life including the name of the girl, he is dating. So, read the full article to know Who is Lando Norris is dating.

Who Is Lando Norris Dating?

The British automobile racer Lando Norris created a buzz over the internet earlier this year after posting a picture with fashion model Luisinha Oliveira. In the picture, Luisinha and Lando were seen kissing each other during their vacation in the desert. This raised lots of questions among fans about the relationship of both. Notably, nowadays social media especially Instagram has become the best way of knowing and dipping into the personal lives of our favourite celebrity stars. The same happened when Lando put the picture of himself and Luisinha Oliveira on Instagram. After seeing the post, some fans said that it was an official announcement of Lando and Luisinha’s relationship as a couple. While some said Lando went on a trip with friends and Luisinha is not necessarily his girlfriend. Notably, with Luisinha Oliveira; Lando also shared a couple of pictures with his other friends who had joined him on the trip.

However, this confusion is also removed by Carloz Sanz. In the Instagram post by Lando Norris on January 4, 2022, Carlos commented- “It’s Official.” Notably, Carlos has been the teammate of Lando in McLaren and Ferrari. And they both share an excellent bond. Hence, with the comment of Carlos, a slight doubt about Lando’s relationship with Luisinha also cleared. However, Lando made the post with the intention of making his love life public. After, the post made by Lando in January, he and Luisinha put various pictures together on social media. The couple was also seen together attending various events and functions.

When Lando shared his first picture with girlfriend Luisinha in January with the caption- “My sunshine 🌞,” fans happily and excitedly accepted the news. Lando received over a million likes and thousands of comments on the particular post. Recently, Lando posted another picture with his love lady Luisinha Oliveira from the engagement ceremony of their friends. However, the F1 racer has not talked much about his personal life. The couple is not very vocal about their relationship in the public and on social media. On Instagram also, you will only find a couple of pictures of them together. However, the media has spotted Lando Norris many times with his girlfriend Luisinha Oliveira.

Lando Norris’s girlfriend Luisinha Oliveira is a Portuguese model who has worked for several modelling agencies. She has got much limelight after people come to know that she is Lando Norris’s partner. The couple is dating each other from a few times now. However, it is not known how Luisinha Oliveira met the Formula One star racer.

On her Instagram account, you will see various pictures of her modelling. Luisinha is a 22-year-old beautiful model and the makes a very good pair with the British automobile racer Norris. Notably, Luisinha Oliveira’s father has a settled business. Notably, she the youngest child of her parents Adriano Oliveira and Raquel Barosa Oliveira. However, Luisinha has not posted many pictures with her boyfriend Norris but has been spotted with him several times. Now it has to see, where this couple goes forward in their beautiful relationship and can we see them tying knots soon. However, looking from the career point of view, the couple is not thinking of getting married anytime soon. However, what actually happens is in the pocket of the future.

The British Formula One racer Lando Norris will be seen in the 2022 British Grand Prix Silverstone this weekend. He will ride his car on 3rd June in Silverstone. Looking at the performance of the automobile racer, Lando could have a good event this Sunday. He is also very excited about riding in Silverstone. Notably, star riders like Lewis Hamilton, Charles Leclerc, and others will be also seen at the event. You will see Ferrari, Mercedes, Red Bull, and other cars on the track on Sunday.