Who hasn’t fallen in love with the series bridgerton yet? Mostly all have been in love with the complex character backgrounds and the love relations that are depicted in the past two seasons of the bridgerton series, and the great news is, we have already received a green flag for the bridgerton third season which will be following the fourth novel from the novel collection and not the third one.

Now for those who don’t know anything about the bridgerton series, Bridgertone is an American series, which belongs to the historical drama genre and has got a lit of romance in it, the series is basically the matchmaking show for London’s elite class while they hold various parties where bachelors from various elite families, come to London and try to find the perfect suitor. Now it isn’t that simple, it is based on Julia Quinn’s novel series, and is named after the bridgerton family, which has got a lot of chaos along with lots of children in it, who are looking for their perfect one, amongst this there is also a mysterious newsletter, which is circulated all over London, to start the matchmaking season by the mysterious lady Whistledown, whose identity is known to none but she is someone who knows everything that goes on. Overall, this show has got a huge fan base and is a perfect binge watch, and with its 7.3 IMDb rating, which is quite impressive, it has won the hearts of all audiences out there.

It has been confirmed that as there are 8 volumes of the novel series written by Julie Quinn, the makers are set to adopt all the 8 novels in the form of 8 seasons, and each season they will be concentrating on a single sibling love story while they search for love, through those elite social gathering, and have to understand their family position at the same time. The critic comments on this series have been quite great and if you still haven’t watched this series, you are seriously missing something good.

Is There A Bridgerton Movie?

The answer to this question is a big no, as of now, there haven’t been any rumors or any idea from the makers part regarding Bridgerton being converted into a movie. From the beginning which is in 2020, the idea was of creating a series and it first came out on the Netflix platform as its first scripted series. it is easier for the makers to depict the stories from the books of Julie Quinn in the form of a series as there has been a lot of content in every season which may be missed out if it was to be covered in form of a movie. However, there is always a chance of a series ending with a movie, or a sequel to that movie being made in the form of a movie, now we have also got the news that instead of just concentrating on the series which is currently ongoing, the makers are also concentrating on certain stuff, which may lead to a spin-off series of some sort, which will concentrate on the different characters instead of the 8 characters from the Bridgertone family.

Now another thing that has caught our eyes, is that we have skipped one of the novels by Julie Quinn while making the third season of the show, and as we know the fourth season will also be in making soon and that will follow the fifth novel, now what’s wrong with the third novel nobody knows is it too short to be depicted in form of a series or do the makers have some other plans, a special movie dedicated to the third book or something else is still a mystery just like the mystery of lady whistledown and another assumption according to many fans is that, after the 8th season which is going to be the last season according to the makers and by then they would have covered the entire family of bridgerton, every child will have his or her distinguished season based on there love life. there will be some addition to the storyline, as the series has been so successful, and maybe we will get a banger movie which will comprise of all the children with their other halves, the grand family and everyone else from the society, get into grand chaos or move towards an extremely nice ending.

There are also great chances like many other great series, such as friends and others, who have given us a reunion after their epic success run for years, which has been just amazing, and most of those reunions have not been in the form of a series but in the form of a movie, thus we are talking about something that may happen after a long time in the future, but is still a possibility.

How Will The Bridgerton Movie Be?

As we have already told you there haven’t been any talks about a bridgerton, movie yet, but yes there are always certain chances, and based on the books if it is, it may be cutting out on some key moments but it will be more glamourous more glorious, and more dramatic and it will not show much insignificant stuff, which has been full in the series, every episode has got something which may seem like unwanted and an extra add on to the story, but if it’s a movie there is no chance of doing so. Now if it’s a movie, it depends if it’s a spin-off movie or the last add-on movie to end the series glamourously, or the reunion kind of movie that most series get nowadays.

As we have already heard from the makers, they have got no plans yet, to change the 8 season format of the show into a movie, but if the sales fall or the content somehow goes on degrading, we have seen many times that the series come to an end with just a movie to satisfy the fans who want to know what happens in the end. But if it is treated as a spin-off content, then it completely depends on the writers, what add-ons he will be doing, maybe he will go into the past of the bridgerton family, or maybe we will get a series that concentrates on queen charlotte, after all, if we are following history, queen charlotte has got a lot of content which can be cinematized in a great format and presented to us and will be a success too.

What Could Be The Possible Story Of Bridgeton?

Now if we are talking about the various storylines which could be followed if there is a movie, is for a spin-off series that will not be based on Julia Quinn’s book, all the novels are expected to be covered in series format only, thus the new movie, if it happens, will offer a completely new story written by a new writer, and be based on some side characters life, there are some assumptions such as queen charlotte, who is a very tricky character, and has been deeply related to the history, this history can be properly cinematized and the side characters along with Bridgeton family can be properly added to it and shown in a great glamorous way.

Then there is another very possible movie that can come out from the Bridgeton series, but that is a very far-fetched idea, we all have seen that many mythical series like harry potter, then we have some sitcoms like the friends, they have given us reunion based movies, such iconic series have been so much loved by fans that the actors had to come back to give us something which we would have loved, and maybe Bridgeton could be one of those series, which may not have a reunion like those other world-famous series, but will have a reunion based story which will be set in the same historical setting or will show a time skip and date back to the old days of all the Bridgeton siblings and how they are leading there lives, what happens in the London elite society nowadays and many such things.

There is another story that can be followed, and this will be the rarest case that we may see, if the Bridgeton show, won’t be doing very great towards its last seasons and if the show will not be giving profits, then like many other shows have done, there will be changes in the storyline and instead of continuing the show for completing the 8 series target, makers may end up giving us a grand movie, showing the tales of the remaining siblings in small acts and compile into a great movie, with a grand ending, which will mark the end of the great Bridgerton series. though this is a very rare case and based on the fan base it has got, we can expect there to be the 8 seasons only. 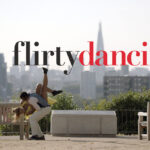 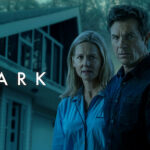