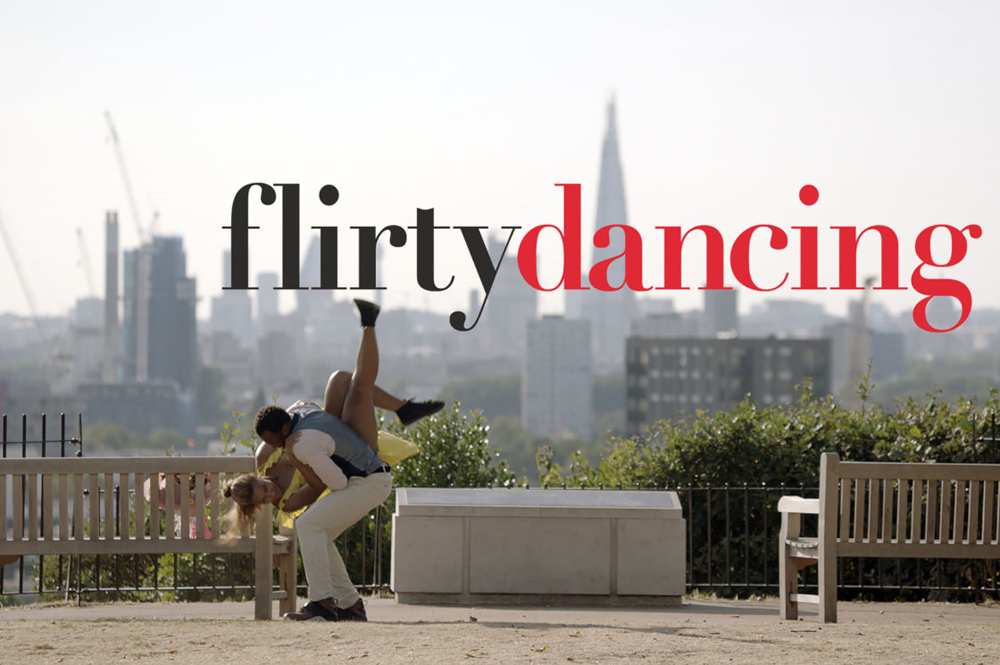 Flirty dancing is a British dance reality television show which features single people finding their destined partners through dancing. The contestants are taught a dance and are met with a partner who has learnt the same dance. They partner up and dance together hand in hand in the most romantic way possible and feel every single joy they can find while doing so. By the end of the dance, if the couple feels a possible connection or chemistry between them, they go on dates. If they pull out a blank, then they can just enjoy the dance and the feeling of dancing with an absolute stranger who tries their level best to match their movements with his/her partner.

The natural and relaxed expressions of the contestants while dancing, left the audience in awe. How romantic! The series went viral after a clip of a couple dancing with bright expressions and flawless moves came into light. The series was then announced to have finished making a US version and was set to premiere on FOX. The series has one season and a total of 6 episodes. Deborah Sargeant and Jilly Pearce are the executive producers for the series and Second Star and All3Media are the production companies involved in the making of the series. The show is hosted by Jenna Dewan, who helps the contestants make partners and introduces them to the audience. The series premiered on 29th December, 2019.

Due to the declining ratings and minimal reviews from the audience, FOX decided to cancel the series after it completed the first season. The series wrapped up for good on 8th January after a two-hour long finale. The series was quite good and interesting, filled with lots of heart-fluttering moments. It’s a shame that the series wrapped up so early, as the concept of finding love after a dance with a complete stranger was worthy of the invested time and money for popcorn. There were a lot of contestant shippings from the viewers too.

If the series had gained a bit more attention from the American audience, the results could have brought a huge difference. It’s a shame that the series didn’t meet up to the networks’ rating expectations and got kicked out before making a remarkable impact. The original series had a good reputation and managed to have two successful seasons and this series was capable of doing the same. Regrettably, it’s most likely that we won’t be getting a new season and can only live with a fine, really fine line of hope for its renewal.

The original series did have better, more beautiful and engaging dance routines than the fox version and that in itself proved to be a big problem. The Fox series lacked attention to the perfection of choreography and was a huge let down. The casting was another one added to the list of issues. The show’s casting was a bit disappointing, as the contestants didn’t look natural and didn’t share good chemistry with their partners, which proved to be fatal for the show, as the essence of the whole show lies in chemistry gained through dance. The show was broadcast on television, and was included in a major competition among the other series which were broadcasted at the same time. If it were to be released on a smaller platform and in a different time slot, the series would not have such a sad fall and could have pulled out multiple seasons. The series failed to cause an issue in the media and social media outlets despite its successful first episode.

Where To Watch Flirty Dancing?

Flirty dancing is available to stream on FOX NOW. It is also available for streaming on Hulu. It is yet to gain the attention of popular OTT platforms, but is still available on the smaller ones. You can search for the ones available in your locality and if you are lost, not finding any, you can always use VPN to change your locality location to the place where the series is currently available. Investing in VPN is worth every penny as you get to use it for watching other rare series too, regardless of its difficult availability because of the location. If a season 2 were to be released, we expect it to be available on the same platforms, unless some big platforms are interested in the project, making it an issue. Anyways, we will be updating the article on further news.