On June 8, the MCU gained a new member. Ms. Marvel has her own Disney+ series, with new episodes airing every Wednesday for the next six weeks on the streaming site. Kamla Khan is a Pakistani-American girl from Jersey City who inherits a mystical relic from her family. That’s not the only difference between the television and comic book versions of the character. Fans have seen Kamla’s persistent distractions and moments of fantasizing, prompting the question of whether Ms. Marvel is suffering from Attention Deficit Hyperactivity Disorder (ADHD). So, let’s have a look at the article to learn more.

Does Kamla Khan Have ADHD?

No, she did not have ADHD. Attention deficit hyperactivity disorder (ADHD) is a childhood-onset psychiatric condition. A person with ADHD has trouble sustaining their attention or focusing on a single task for lengthy periods of time. Kamla has a vivid imagination that she occasionally loses herself in. Kamla’s propensity of daydreaming is evident from the first episode, even while friends and relatives are speaking directly to her. When her parents transport her to school after she fails her driver’s test, is an example. She drowns out her parents’ constant conversation by glancing out the window and watching Captain Marvel soar out into the city. When Kamla’s high school counselor talks to her, it’s a more concrete example that suggests she has one of the two conditions. She first notices the clock on the wall spinning out of control, but it isn’t until her counselor points his finger a few times that she realizes what’s going on. She daydreams a couple more times during their conversation. She was unable to hear the counselor at one point.

ALSO READ: Who is Wong In The Marvel Comics?

What’s the difference between ADHD and Maladaptive Daydreaming? First and foremost, it’s critical to acknowledge that having both is possible. It exists in her family, according to her mother. “I Come From a Long Line of Fantasizing, Unrealistic Daydreamers,” she stated emphatically, adding that her mother was one as well. We don’t have much information on Kamla’s grandmother. However, Kamla’s abilities developed when she wore her Grandmother’s Bangle, so it’s only a matter of time before we learn more about her past.

Maladaptive Daydreaming may be a better fit for some people than ADHD, according to research. MD, on the other hand, is not yet a recognized mental diagnosis. Because her daydreams don’t last for hours at a time, it’s definitely safe to state that Ms. Marvel from the MCU meets the ADHD diagnosis. She runs a YouTube channel where she chronicles all of The Avengers’ adventures. That involves a lot of imagination, but she isn’t so engrossed in the real world that she can’t be quickly snapped out of it. That isn’t to suggest that if left to her own devices, she won’t get lost in her daydreams.

Daydreaming, on the other hand, is not an indication of a mental illness. It’s completely typical for someone her age to have a vivid imagination. As a result, Kamla Khan is unlikely to suffer from ADHD.

Who Is Kamla Khan From Marvel?

Kamla Khan is the first Muslim female superhero in Marvel Comics. She is a brilliant Pakistani-American nerd who enjoys playing video games, catching up with friends, and composing Avengers fan fiction. Kamla is an Inhuman with the power to mimic all or sections of her body as Ms. Marvel. Ms. Marvel started her heroic career as a pleasant local hero, but the cosmos had other ideas for her, and she quickly found herself engaged in major events ranging from Civil War II’s superhero war to the end of the planet in 2015’s Secret Wars. Kamla maintains her wit and optimism despite everything, thanks to the support of her family, friends, and teammates.

What Gives Ms. Marvel Her Abilities?

Kamla Khan is an Inhuman in the comics. After Black Bolt unleashes the Terrigen Mist into Earth’s atmosphere, she gains access to her abilities. Kamla realizes she can lengthen her limbs and increase the size of her body at will after being exposed to the mist. However, in the Disney Plus show, Ms. Marvel has yet to clarify how Kamla obtains her abilities. Her abilities look to be more cosmic than Inhuman, according to the official trailer. In a May interview with Empire, Marvel Studios president Kevin Feige stated that the origins of her abilities in the MCU differ from those in her comic book run. They’re exclusive to the Marvel Cinematic Universe. Based on what we’ve seen so far in the Marvel Cinematic Universe, Kamla’s talents are most likely derived from an infinity stone, a cosmic being, or exposure to the Tesseract like her hero Captain Marvel. But until the show exposes Ms. Marvel’s origin story in future episodes, we won’t know how she got her powers.

What Is The Origin Of Ms. Marvel?

In 2014’s Ms. Marvel season 1, writer G. Willow Wilson, illustrator Adrian Alphona, and editor Sana Amanat created Kamla Khan. Kamla was an ordinary 16-year-old in Jersey City before she became Ms. Marvel. Kamla had frequent disagreements with her parents regarding Muslim traditions and ideals, yet she remained close to them. Kamla’s parents prevented her from attending a high school party one night after another fight at the dinner table. She chose to flee in a rare act of defiance, and everything altered as a result. As it turned out, the events of Marvel’s Infinity storyline had released a bizarre, transformational chemical cloud known as Terrigen Mist, which was drifting over the metropolis. As Kamla traveled home alone, the blue gas inundated the dark streets, engulfing her. The Terrigen awakened her dormant Inhuman genes, and she was instantaneously encased in a cocoon to begin her transition. Kamla found she had the unique power to transfigure her body when she awoke. Her new life as a hero was only getting started, but would she be able to balance it with her previous life as a regular teen?

What Powers Does Kamla Khan Have?

Kamla has the ability to shape-shift or “embiggen” following an Inhuman metamorphosis in the comics. However, according to a recent rumor, the character will be given even more abilities. Bilall Fallah, the director of the Ms. Marvel series, recently shared a drawing of Ms. Marvel with her trademark red scarf replaced with purple. It’s possible that this is merely artistic license, but a later 4chan leak indicated that Kamla would be given the ability to conjure purple constructs in addition to her standard abilities. Take this information with a grain of salt, as 4chan leaks are usually untrustworthy. Changing Ms. Marvel’s abilities, on the other hand, would be a huge change for the character. Kamla’s feisty and slightly sarcastic nature in the comics made her such a top contender, and comic-savvy viewers are expecting the same from the teenage actresses.

Where to Watch Kamla Khan’s Show?

Fans of the show from around the world need not worry because it is available on various major streaming providers. Even if you are uncomfortable with the default language, depending on your area, many voice-over and subtitle alternatives should be accessible. The show is available to watch on Disney+. Unfortunately, the show is not available to stream on any other platforms. Furthermore, the show has a 6.3/10 IMDB rating and a 97 percent rotten tomatoes rating. The show is now in its first season, with the pilot episode airing on June 8, 2022. Season one will have a total of 6 episodes with a 50-minute episode length. The show has a PG-13 rating. New episodes are released once a week on Wednesdays, therefore the second episode will premiere on June 15, 2022. 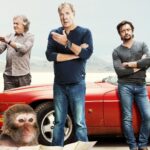 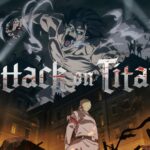