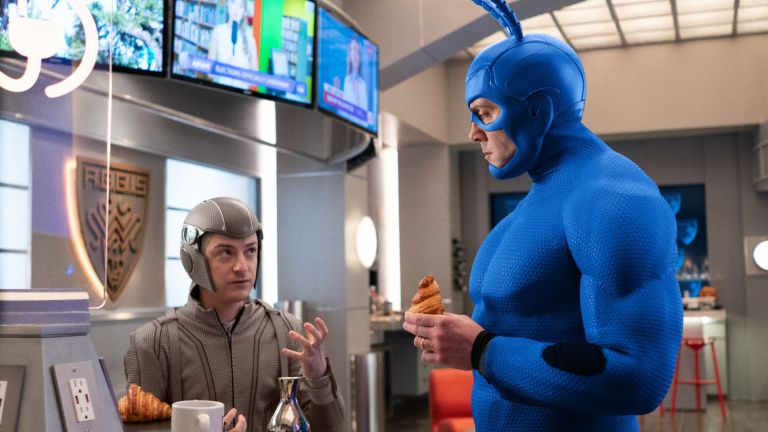 Superheroes are always a joy to watch and we all like to see what power they have and how they shine on the screen and make us all go wow, one of those superheroes is Tick we have heard about it in the past as a comical character and now have seen him in the Amazon Original Series, The Tick for two seasons and now the fans are eager to see what’s all about the season 3, let’s see what developments we have till now about the season 3.

After the second season, Amazon canceled the show, Ben Edlund the creator of the show and also the creator of the character Tick wanted to go ahead with the story of The Tick so he decided to reach out to other streaming platforms for the next season, but till now he hasn’t been able to find a new home for the character assuming that the ending of the series. So it is what it is that we may not be able to see The Tick and feel that vibe again but let’s see if Amazon sometimes changes their mind.

Fans all over the world have been very disappointed when they heard Tick has been canceled. There have been many times a prime video or Netflix canceled the show that everyone has been waiting for a very long time. The same thing happened with Season 3 of Tick. Despite gaining huge popularity the show still didn’t get a renewal.

For making a satirical comedy show you need to have a nice cast so here it is Peter Serafinowicz as The Tick, the superhero character having Superhuman strength and nigh-invulnerability, Griffin Newman as Arthur Everest, the accountant having no superpowers. Valorie as Dot Everest, Brendan Hines as Superian, Yara Martinez as Miss Lint/Janet/Joan of Arc, Scott Speiser as Overkill/Straight Shooter/Esteban, Jackie Earle Haley as The Terror appeared in Season.

The ones recurring Michael Cerveris as Ramases IV, Bryan Greenberg as Derek, Alan Tudyk who gives the voice for Dangerboat, Townsend Coleman gives the voice of Midnight/Onward.

If season 3 would come we all would want the main characters to return without them the essence will not be there, so if season 3 will ever be made the main duo of Tick and Arthur will be always be the best to watch on screen.

So the IMDb 7.4 rated show having 17k votes have had a nice response from the audience, the plot revolves around the accountant Arthur who is dealing with mental health issues lives in a world where the superheroes have been real for decades now but he has zero powers, he suspects that a global super villain is back to the scene who people thought was dead long ago so he tries to uncover the conspiracy and then there he meets the strange blue superhero, Tick and this continues their journey facing different adventures and some great superhero stuff.

In the second season, the duo now has overcome the terror but if there is a superhero there will be supervillains and that’s why now there is an organization giving jobs to the superheroes where they want to work but they don’t know the whole truth so we have here to explore how they will fight and save the city again from the supervillains.

Now coming to the season 3 story, if made, I think they were going to explore the past of Tick but Ben Edlund was not able to do it but let’s see if we will be able to see the duo back again or not, stay tuned to the site for the latest news.

The season 3 trailer we may or may not see again but let’s not spoilt our mood let’s rewatch the comedic superhero fiction and revisit those moments to enjoy ourselves. Here is the season 2 trailer for you.