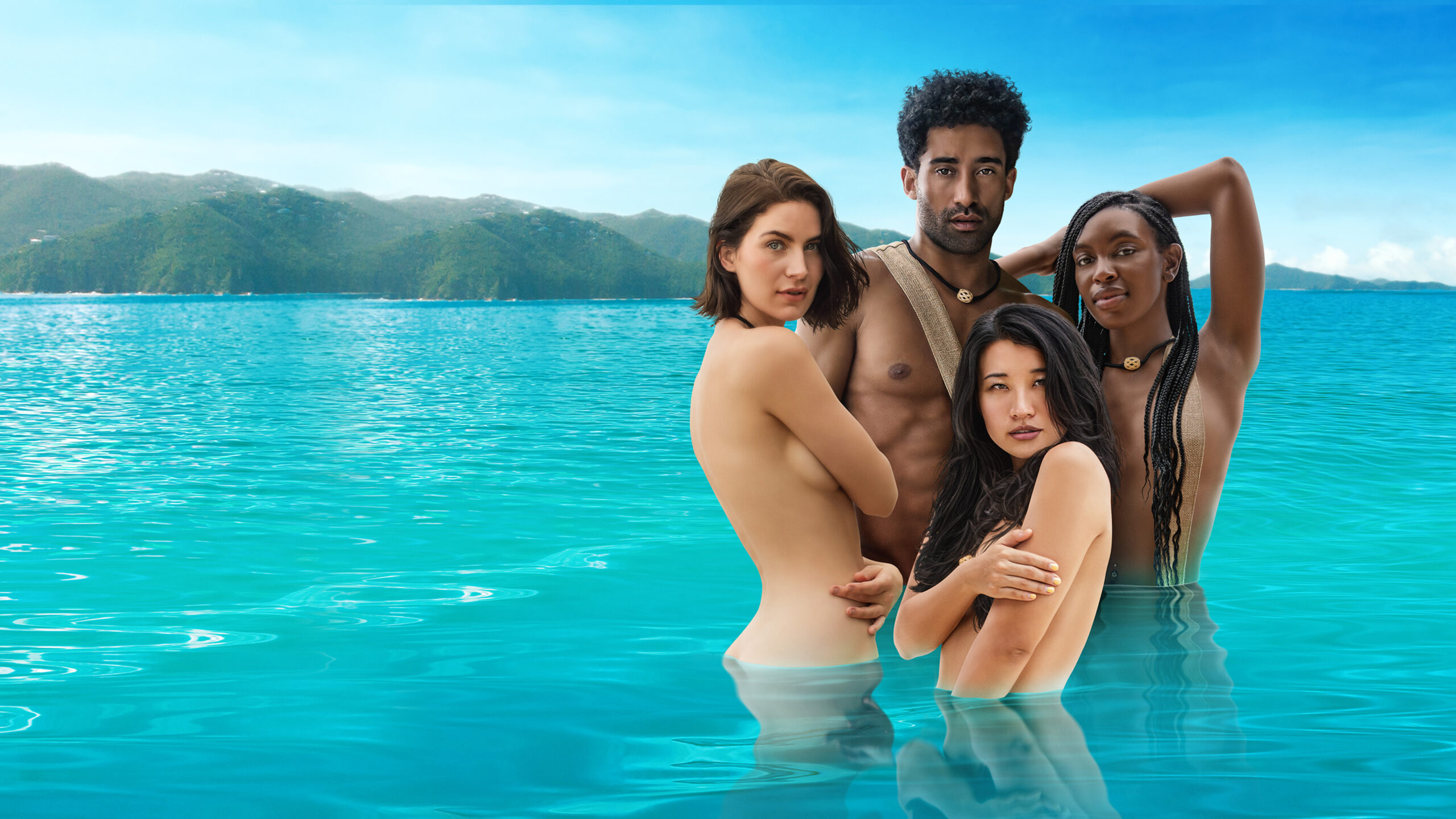 Naked and Afraid to Love is a 2021 American reality show, which features a group of 16 people, 8 single men and 8 single women, who are taken to a stranded island, with wilderness all around them. They have to find love and maintain unity with the members while coming up with ways to survive on the island and make the island their paradise while creating bonds and bittersweet memories. The show has a total of 12 episodes with an approximate average runtime of 40 minutes.

The series is produced by Laura Lester and Sarah Kotzman and is hosted by Jake Nodar in the first episode. The show shares the concept of the hit and hot show, Naked and Afraid, which follows the concept of 1 man and 1 woman left alone in the wilderness for 21 days, allowed to carry only one essential object which will help them during their stay. The show is raw, based on survival, breaking their limits and testing their capabilities while trying to coexist with nature, just like the human race once did. The series has a total of 15 seasons and 120 episodes and is still continuing its long run after releasing its recent 15th season on 27th February 2022.

The first season of Naked and Afraid to Love takes place on a tropical island in the Philippines and features 16 contestants who coexist and depend on each other for survival. Discovery, the birthplace of the series has released news about the possible season 2 and we will be getting a season 2 soon. Further news apart from the announcement is still a mystery and we will be updated soon as the release date comes near. Discovery’s Chief Brand Officer, Nancy Daniels expressed her thanks and appreciation to fans who looked for Discovery+, to ask and request news regarding the next season. She says her team and the creators are motivated and excited after receiving the response from the audience and are looking for fun, creative and new aspects to make the upcoming season even more interesting.

There is no official announcement regarding the location and cast released as of yet, but we speculate that the cast for the next season will feature new members and will be taken to a new island for their romantic adventure. The first season featured couples having their first kisses, fights, differences and love triangles with their partners, as it’s inevitable when they spend most of their time together with limited distractions. Although the show is filled with a lot of drama which is hard to digest by some of the audience, the show is a masterpiece claimed by the remaining audience who think the show has great potential and will only improve over the course of time.

There are also a few moments where the contestants are shown being affectionate and showing trust in their friends which proves to be a lovely sight and gives the series a heads up. The second series is expected to cover all of these things and more and we are desperately waiting for further news and official announcements and will update the article as soon as they are released.

Where To Watch Naked And Afraid To Love?

All the episodes of Naked and Afraid to Love are available on Discovery and Discovery +. The series is also available to watch, rent or buy on Amazon Prime Video and YouTube TV. The second season will be available on Discovery and Discovery Plus as soon as it releases and it is expected that Amazon Prime and YouTube TV will join in by doing the same. Apart from these popular streaming services, there are other services that are limited with regard to their location. You can still search the OTT locations and gain access to the platform by changing your location via VPN and viewing your favourite series without disturbance.

ALSO READ: When To Expect Reality Show How To Be A Cowboy Season 2!