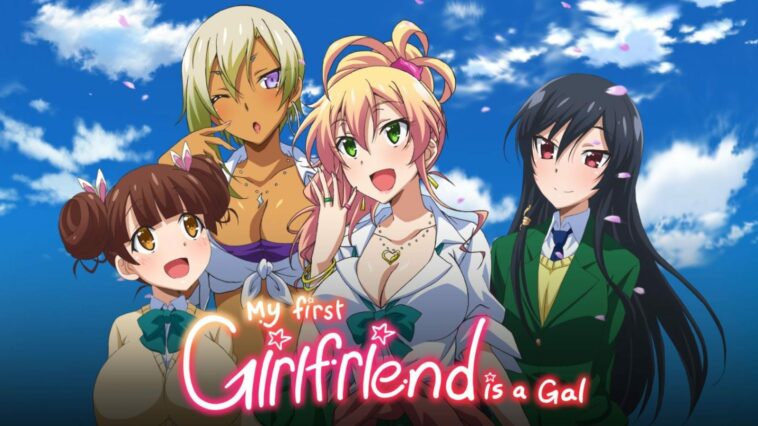 Ecchi anime has a wide fanbase but not every ecchi anime can serve its purpose and make weebs go gaga over it. Well, some good ecchi anime still manages to survive in this competition where we get tons of ecchi anime each season. My first girlfriend is a gal in a romcom ecchi anime series that premiered on July 12, 2017, made by NAZ Studio. The series follows the story of Hashiba Junichi and 3 of his friends who are desperate to get a girlfriend when everyone in the school is dating each other. The first season of the series left quite an impression on the viewers who liked the series and rated it 6.29 on my anime list. My first girlfriend is a gal is one of the most popular series during the summer 2017 season it was watched by 462K users. The series gives an insight into the minds of teenage boys who are desperate to do anything to just get a girl so they can lose their virginity somehow. The girls of this series try their best not to fall into the trap and avoid the boys in the beginning but they find them cute later on and give them what they desire.

My First Girlfriend Is a Gal Season 2 Release Date

My first girlfriend is a gal season 1 premiered on July 12, 2017, consisting of 10 episodes. The less number of episodes could not cover much from the manga and the makers then released an OVA on December 26, 2017. The number of episodes and this OVA did not have any link as the OVA just covered the school festival story and did not cover the story where it left in season 1. The manga only covered up to 4 volumes, the manga is still ongoing and 10 new volumes after the release of the manga so there is no shortage of source material. We can expect the series to return with a bang but the makers remain tight-lipped so we can’t exactly give you the details of when will it return.

My First Girlfriend Is a Gal Season 2 Story

My first girlfriend is a gal season 1 followed the story of a high school student named Hashiba Junichi who entered the new semester with a gloomy moon because everyone around him was busy dating. Meanwhile, he and his three friends were still single and barely had a girl anywhere near them everyone in their class was flirting and dating instead of studying and this thing triggered the 4 single friends. Hashiba Junichi the main protagonist who is a decent-looking guy thought that he would get a girlfriend as soon as he entered high school however he was still a virgin. Junichi’s pervert friends try to set him up with one of the coolest girls in their class named Yame Yukana and kept a letter in Yame’s locker asking her to meet up with Junichi. Yame receives the letter and comes to meet Junichi, with the motivation to finally get a girlfriend Junichi asks out Yame. Yame gets the idea that he wants to date her so he can lose his virginity and his dating life ends even before it gets started.

My First Girlfriend Is a Gal Season 2 Characters

Where To Watch My First Girlfriend Is a Gal Season 2 Online? 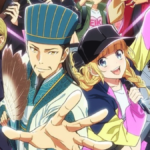