Star Wars Rebels is an American 3D animated science fiction television series set in the Star Wars universe, produced by Lucasfilm Animation and set more than a decade after Episode III: Revenge of the Sith and progressing toward the events of the original Star Wars film. The Galactic Empire is hunting down the last of the Jedi, while a fledgling rebellion against the Empire springs up. The series’ visual style is based on Ralph McQuarrie’s original Star Wars trilogy concept art.

When & Where Does Star Wars: Rebels Take Place?

The first season’s executive producers were Dave Filoni, Simon Kinberg, and Greg Weisman. After the first season, Weisman left the show. Filoni also served as the show’s supervising director for the first two seasons. He stepped down after accepting a promotion that expanded his creative role to include overseeing all Lucasfilm Animation projects; for the third season, he chose Justin Ridge to succeed him. For the fourth season, Filoni returned to the role.

The series has received generally positive reviews, with several award nominations and wins. Although it received some criticism for its animation, Rebels received praise for its writing, characters, voice acting, score, and expansion of the franchise’s mythology. The show received Critics’ Choice Television Award nominations for Best Animated Series and Primetime Emmy Award nominations for Outstanding Children’s Program. Rebels won the Saturn Award for Best Animated Series on Television for the first time in its final two seasons.

From 2014 to 2018, Star Wars Rebels aired on Disney XD. It is set in the days leading up to the Galactic Civil War and tells the story of a group of rebels known as the Spectres. The show follows the formation of the Rebel Alliance, as well as the heroes who fought the Empire in the years leading up to Luke Skywalker’s departure from Tatooine, and the Jedi who survived Order 66. The show also ties up some loose ends from The Clone Wars, such as Ahsoka, Maul, and Rex’s whereabouts after the Clone Wars. There are several cameos from fan-favourite characters throughout the series if you’re a fan of the Original Trilogy.

Ezra Bridger, an orphan living on a farm, is at the centre of Rebels. Lothal is a planet that is occupied by the Imperials. Ezra meets the Spectres, a group of freedom fighters who travel the galaxy on their ship The Ghost while causing trouble for the Empire. They’re just one of many splinter cells fighting the evil Empire in the series. Ezra is recruited by the group after a run-in with the Spectres, and he soon discovers that he is Force-sensitive. One of the Spectres, fortunately, is a former Jedi who decides to teach Ezra the ways of the Force.

The series, as one might expect, features a great mix of Rebel antics and Jedi action. While the show takes a more lighthearted approach to Star Wars than the films, it actually delves much deeper into the mysteries of the Force and the conflict between the Jedi and the Sith. It delves into real-world magic in the Star Wars universe as well as sci-fi concepts that are never been seen before in the galaxy far, far away. At least one or two things are set up in the show that could be very important in future Star Wars stories.

Where Do Rebels Fall On The Star Wars Timeline?

Fans won’t have to wait long for a new Star Wars animated series thanks to Disney+. With the conclusion of The Clone Wars and Resistance this year, it’s likely that something new is already in the works.

On October 14, 2014, Walt Disney Studios Home Entertainment released Star Wars Rebels: Spark of Rebellion on DVD at all retailers in the United States. Character shorts and a 3D model kit of the castle are among the DVD extras.

The series is also available to stream on Disney+, which debuted on November 12, 2019.

Star Wars Rebels follows the crew of the starship Ghost, which is steered by six main characters. Ezra Bridger, a teen con artist, Kanan Jarrus, the Ghost’s pilot and owner, the Twi’lek Hera Syndulla, the teen Mandalorian explosives expert Sabine Wren, the Last “muscle” Garazeb “Zeb” Orrelios, and the astromech droid C1-10P or “Chopper” are among them. There are a variety of villains in the series, including an Inquisitor.

Kanan Jarrus is a Human male who is Force-sensitive. He was a Padawan to Jedi Master Depa Billaba prior to the rise of the Empire. He managed to survive Order 66 and the extinction of the Jedi Order, forcing him to flee the Empire before joining the Ghost’s crew. He wields a DL-18 blaster pistol and a two-piece dual-phase lightsaber. He instructs Ezra Bridger on how to use the Force. Jarrus serves as the group’s de facto leader, despite the fact that Hera Syndulla is the Ghost’s pilot.

Garage “Zeb” Orrelios is the Last male honor guardsman whose people were one of the first species to rise up against the Empire in its early days, to which the Empire responded with a massacre on his homeworld, leaving him with a gruff demeanor, but he remained loyal to the Empire as the crew of the Ghost’s muscle. Despite his intimidating appearance, Zeb is a trained and capable warrior who is highly educated and skilled.

Sabine Wren is a 16-year-old Mandalorian female graffiti artist, former bounty hunter, and Imperial Academy dropout who specializes as the Ghost’s weapons expert. On the Ghost, she frequently customizes her armor, hair, and cabin, as well as leaving graffiti.

Ezra Bridger is a 15-year-old Force-sensitive Human male street urchin and con artist on the Imperial-controlled planet Lothal, whose parents were imprisoned and later killed by Imperial forces for setting up public broadcasting transmissions speaking out against the Empire’s harsh rule, leaving him to fend for himself for the next eight years before joining the Rebel crew as the scout.

Star Wars Rebels: Spark of Rebellion is a two-part animated television movie that is forty-four minutes long (one hour with commercials) and serves as the series premiere for the animated television series Star Wars Rebels. On September 26, 2014, the film premiered online for verified users of WatchDisneyXD.com, and on October 3, 2014, it premiered on Disney Channel. On October 14, 2014, Spark of Rebellion was released on commercial DVD. On October 26, the film was re-aired on the ABC Network with a new prologue featuring Darth Vader and the Grand Inquisitor. 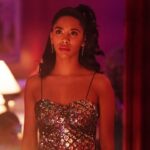