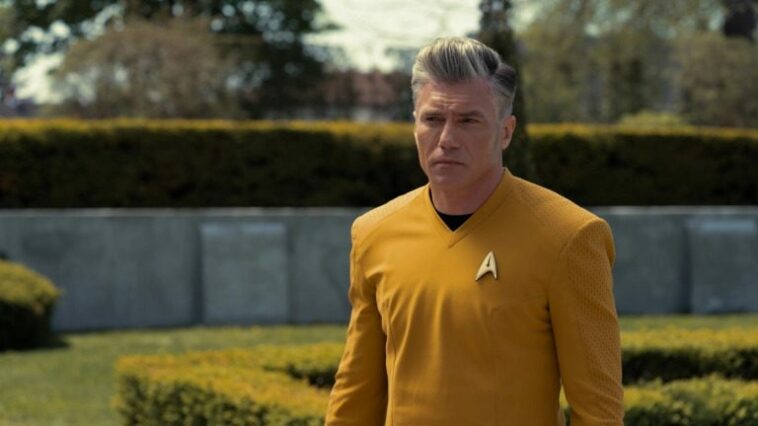 Divulging deeper into the Star Trek franchise the long-awaited TV show based on the 60s TV show is here! While everyone is super excited to indulge in the show, the creators themselves are more than eager to be perceived. The fandom of Star Trek isn’t something new, it has been around since the 90’s when the original series aired, almost 30 years later we are greeted with a t.v. show that feels like a breath of fresh air yet still remains true to the essence of  Star Trek!

The series aired on 5 May 2022, and with just six episodes out it has managed to have a chokehold on the audience wanting for more. Here’s all we know about season 1 episode 7 of Star Trek: Strange New World and its release date!

People who are hearing about the Star Trek fandom for the first time might want to change their minds about watching the show, you might even think I should’ve watched this long back! Here’s what the series is about. The good news is that you don’t have to watch the original 90’s Star Trek show to make sense of this one because Star Trek: Strange New World serves as a prequel to it and a spin-off of the Star Trek: Discovery t.v. show! This 10-episode series will have the plot based around the starship: USSR Enterprise, its crew and their captain- Christopher Pike who is played by Anson Mount who all voyage on a 5-year journey to explore outer space, find different worlds, new civilisations and places that nobody has ever visited before. The fans of the original t.v. show from the 60’s t.v. show are in for a ride because the 2022 spin-off follows the same designs and even the same narration as the 60’s versions.

After the very successful screening of the first 7 episodes out of the total ten episodes, fans are eagerly waiting for the 8th episode to hit their screens exclusively on the Paramount+ network. The show will run its course on the screen till 7 July. The last episode, which is the 7th episode aired on 16 June 2022 at 3 a.m. E.T. and the 8th episode has been expected to come out on 23 June 2022! The series has been a hit and has been accepted with open arms from the audience, establishing the 11th instalment in the Star Trek Universe.

From what we’ve seen in the teaser of Episode 7 titled “The Serene Squall” where the Enterprise lands upon the non-federation planet: Majalans as seen in the previous episode, after discovering the truth about them, Captain Pike will return to the Enterprise to find out the obstacle in the ritual stopped the Majalan society’s flourishment that relied on the sacrifice if children and then the child called the first servant will be studied and the neural tech used on him may prove to be helpful for curing M’Benga’s daughter’s chronic illness.

The last episode left us in awe with its brilliant writing and a different take from the usual Star Trek episodes and has a grim ending as opposed to the happy-go-lucky attitude of the previous episodes, we get to witness the evolution of the show. We get to see an insight into Pike’s character and the series reminds us that whether we find ourselves rooting for him or not, his character is essentially doomed either way because a Captain will always put the lives of his crewmates before his. In the episode, we visit the Majalan System for a cartography mission. Pike has been here almost a decade ago himself as a part of a rescue mission. Here he is met with an old flame called Alora. The Majalans reject the offer of federation membership which seems suspicious. We get to know about the rite of the first servant and how the Majlans want him for the energy renewal of their planet, the whole episode is a gripping fiasco of “what’s going to happen?!”

You will be able to watch the newest Episode 7 of Star Trek: Strange New worlds on the paramount+ network as well as on Voot on June  12, 2022! Happy watching! 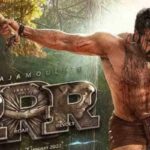 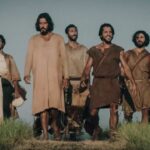