If you also want to witness this popular drama story of Mrs. Harris, then read the full article to know the release date, story, and cast of Mrs. Harris Goes To Parris.

Anthony Fabian’s Mrs. Harris Goes To Parris s all set to release this July. The date of release as per makers is 15th July 2015 in the United States of America. However, in the UK Mrs. Harris Goes To Parris will release later which is on 30th September 2022. The movie could be watched in theatres. Its distribution rights are purchased by Focus Feature. Notably, this is for the first time a movie is made on the book Mrs. Arris Goes To Parris. So, you must give a chance to this movie and the amazing story of Paul Gallico.

In the movie Mrs. Harris Goes To Parris, the lead role of Mrs. Ada Harris is played by popular English actress Lesley Manville. Apart from her, you will also see Isabelle Huppert as Claudine Colbert, Jason Issac as Archie, and Lambert Wilson as Marquis de Chassagne in major roles in the movie. While Anna Chancellor is playing Lady Dant, on whose house Ada works. And Alba Baptista is playing model Natasha, who is a big help for Ada in Parris. Apart from these few actors and actresses, there are some other major characters in the movie as well.

Mrs. Harris Goes To Parris s the story of a widow woman who is a cleaner in London and her aspirations. The plot of the story is set in the 1950s when Mrs. Ada Harris decides to get a dress from the famous Dior house of fashion after watching a few of their dresses with Lady Dant at whose house Ada works. But the prices of Dior dressed are beyond Mrs. Harris’s pocket. Hence, she decides to save more money and spent less for a few years and get the dress. In three years, she somehow manages to arrange the finances for her visit to Parris and get the Dior dress.

But getting a Dior dress was not as easy as it looks. And secondly, the personality of Mrs. Ada Harris also does not show her ability to afford such expensive dresses. But Ada has to face the challenges to fulfill her dream to get a Dior designer dress. In her journey, she receives help from a few people she meets in Parris. And the journey which started for mere a Dior dress becomes bigger and more crucial. You will get some valuable life lessons about dreams, self-belief, and willingness to do anything. Based on the 1950s novel, Mrs. Harris Goes To Parris is a must-watch story that will give you valuable life lessons with lots of fun, humor, and drama.

Where To Watch Mrs. Harris Goes To Parris?

On 15th July 2022, Mrs. Harris Goes To Parris is released in the United States of America. Later in September, the movie will release in the United Kingdom. Hence, after release for a few weeks, the movie could be watched only in the theatres. Later the makers will announce details of its digital release like the date of release and streaming platform. 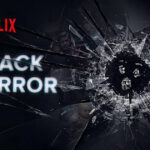 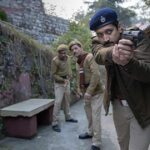