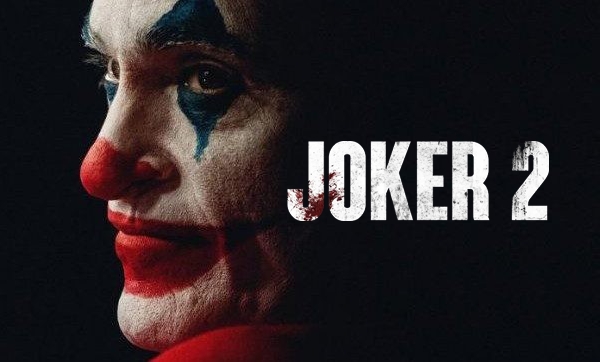 Joker 2: Folie à deux has finally started with its initial stages of development. We will provide you with everything we know about the musical in this article. In November 2019, there were various rumours and speculations about a possible sequel to the Oscar Winning, Box office hit, Joker, roaming around. The news was proven to be a hoax until May 2021, when the news and update regarding the sequel were released. Joker: Folie à deux has been set as the name for the future sequel and a new addition to the franchise. The movie is reported to be a musical and there is limited information released regarding further details. Folie à deux is a French phrase, with the medical meaning being ‘shared psychosis’, which stands for a mental illness which affects two or more closely related people, mostly family. Director Todd Phillips will make a comeback with his co-writer Scott Silver from the first movie. Joker is based on the characters from DC Comics, and this movie focuses on one of the most sensational and well-known villains of all time, the nemesis of the world and Justice League member Batman.

The initial movie was a huge success with a budget of $55- 70 million and a Box Office earning of $1.074 billion. The story takes place in 1981. Arthur Fleck is a stand-up comedian and a party clown who lives with his mother, Penny. They live in Gotham, a city infested with crime. Arthur has a neurological disorder which forces him to laugh no matter how serious the situation might be. He relies on medicine provided by social services to hang on. He is interested in his neighbour Sophie and invites her to watch his show. He is caught in possession of a revolver during his visit to a children’s hospital. His friend, who is the sole reason for the revolver being in his pocket, denies any involvement and Arthur gets fired. He comes across three men assaulting a woman. He kills two in self-defense and the remaining one when he tries to flee. He is criticized heavily for his actions and things only get worse for him in the future. By the end of the movie, we come across a villain who is pure evil, filled with killing intent. He wants chaos in the world, is ruthless and is an absolute maniac.

Although the script has been completed, it’s still too early to count our chickens. The casting is still on its way and we are yet to be provided with further details. Although the movie has only increased in its popularity ever since its release, a quick movie is something which is hard or nearly impossible to expect. According to our calculations, the movie could be released in mid-2023 at the earliest, as making a movie is no easy job. Since the movie has always been the top cream, the expectations for its sequels are increasing in numbers. The movie has yet to start with the script reading, after finalizing the characters, production and post-production.

Since it has already been blessed with an Oscar once, the addiction, and hunger for more, will only postpone the speculated release date. Although, for most of the fans, the wait is worth it, they still wish to get some plot crumbs while waiting for its official release. As of now, the only thing we know for sure is, we’ll be having a sequel and it will be a musical. We are yet to be provided with a teaser or trailer, as it’s too early anyway.

Apart from the individual movie’s perspective, DC and Warner Bros, the ultimate Godfathers and parent production companies for the movie, are important. DC is on a roll and preoccupied with its upcoming Black Adam, Aquaman 2, The Flash and Shazam, Fury of The Gods and many more till 2023. They might not be able to invest enough time and resources if the production were to start and end early. Looking at the movie’s initial benchmark, the production companies have to buckle up for a hefty ride, as the stakes only rise higher and so do their budget and resources. The movie is important enough to have their sole attention, so the makers might wait a bit, till the DC plates get empty.

ALSO READ: Is Supergirl DC Or Marvel? The Answer Is Here!

As we mentioned earlier, the movie is still in its casting stage, which means we have absolutely no idea about what plot twists and thrillers the creators have to offer. As of now, there are no specific details regarding the plot released, not even spoilers. Phillips and Scott are as tight-lipped as ever, only increasing the tension between the fans by releasing a few details via Phillip’s Instagram handle. The plot is expected to be as brilliant as the first, if not better. Although there are plenty of fan theories regarding the issue, everyone is confused about how the story will unfold and how it will impact further related DC movies. We are still unsure, whether the movie will follow the characters’ original story, including Batman and the other comic and story characters, or turn into a news story, fuelled by new characters. The movie wasn’t originally planned or prepared for sequels, but it ended up with a huge fan base and ample recognition from critics. This opens the doors for stories happening in different universes and timelines.

Since our Joker is already different from the one introduced in the DCEU’s 2016, Suicide Squad, the story isn’t obliged to follow a particular predetermined path. This means the story is open to new leads, heroes, villains, sidekicks and more. As the second movie is announced to be a Musical, we expect nothing less than unique and extraordinary.

The sequel has already gained a lot of noise and attention because of this extraordinary decision, and we can expect a mash-up of various genres. If it decides to follow up with the end of the first movie, where we see Arthur locked up in Arkham State Hospital and leaving red footprints while dancing in the hospital corridors, we can expect a breakout and an ample number of murders in the process, leading to Arthur’s freedom. This theory also somewhat fits with the movie’s title, Folie à deux, and the story can focus on his break from the Hospital and meeting up with another potential villain similar to him and who has similar madness. Our closest call is Harley Quinn, a character from the comics who is in a toxic relationship with the villain and is madly in love with him, and is ready to follow him to the fiery pits.

Joaquin Phoenix aka Joker or Arther Fleck is expected to star in the sequel. One of Phillips’ Instagram handle movie crumbs, was a photo where Phoenix was pursuing the script. The actor has proven to be a golden hen for the movie, helping them win a place at the Oscars. Casting the actor has brought them huge profits and there’s no reason why he shouldn’t be included in the new cast. Rather than focusing on the previous characters, the movie can put its attention on the formation of new leads and side characters with a better story.

Still, there is a possibility of Zazie Beetz(Arthur’s neighbour, Sophie), who is claimed to be alive by Phillips, Douglas Hodge as Alfred Pennyworth, and Dante Pereira-Olson as Bruce Wayne. Lady Gaga has reportedly been in the initial stages of talks about joining the movie as Harley Quinn. Her image suits the requirements perfectly and although her acting career is not amazingly exceptional, it is pretty good and deserving of the role. Her dark and crazy aura can bring wonders to the character and we can stop fantasizing, disregarding the fact that nothing’s confirmed as of yet. Still, the fact that she has been approached, and is currently in talks, is enough for fans who are searching for every possible information to start their theories, us being one of them. We will update the remaining cast as soon as they are officially announced, but as of now, this is all we are aware of.

Where To Watch Joker 2?

The movie isn’t going to be released any sooner, and we have to wait for a possible long time before we are provided with any information regarding the platforms. The movie will probably be available on HBO Max, Prime Video and Netflix after its theatre release.

ALSO READ: Which Are The Marvel Characters Copied From DC?