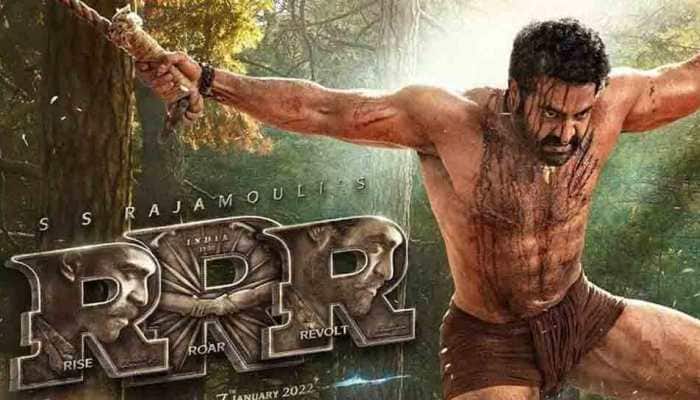 Who has not heard about one of the biggest blockbuster movies of 2022: RRR? Directed and co-written by S. S. Rajamouli with V. Vijayendra Prasad, the movie stars Ajay Devgan, Alia Bhatt, Ram Charan, and Shriya Saran along with many other talented ones. The movie is one of the highest Indian grossing films that has made ₹ 1200 to ₹ 1500 crores, backing off S. S. Rajamouli’s Baahubali 2.

The film was praised due to its plot, characters, and the way it presented the story of ancient India. The film gained positive and highest ratings and reviews after its release on March 25, 2022. Well, we are going to tell you about movies just like RRR in this article that you can add to your wish list.

The first movie on the list is Satyamev Jayate, a 2018 Hindi language action crime film written and directed by Milap Milan Zaveri under the production of the T-series. Released on August 15, 2018, the film made ₹ 1.08 billion worldwide. With John Abraham, Manoj Bajpayee, Aisha Sharma, Sandeep Yadav, and Manish Chaudhary as the main leads along with many other casts, the plot of the film revolves around Veer Rathod who kills corrupt and dishonest police officers with an honest officer Shivansh Rathod In the hunt of Veer.

As the film got released on the independence day of India, it was received well by the audience and critics and was one of the successful films at the box office which leads the makers to make a sequel too. The music and songs of the film also rocked at that time and are still loved by the audience.

Most of the youngsters must have watched this one. With the writing and direction of S. S. Rajamouli, the film was released on July 6, 2012, with Nani, Sudeep, and Samantha Ruth Prabhu as the main leads. The film was released originally in Tamil and Telugu languages with its plot revolves around a girl named Bindu whose neighbour Nani, who was in love with her got murdered by a wealthy industrialist Sudeep, who also got attracted to her.

The film made more than ₹ 125 crores with a budget of only between ₹ 26 to ₹ 40 crores: thanks to the script and direction of Rajamouli, performances of the cast, and visual effects. The movie made a successful effect by winning two National Film Awards, five South Filmfare Awards, and three South Indian International Movie Awards. The audience found the film funny with a tinge of romance and action-drama that was one of the bases of the success of the film.

Again written and directed by S. S Rajamouli with co-written by V. Vijayendra Prasad, Bahubali: The Beginning is a 2015 Indian epic action drama film that was released on July 10, 2015, originally in Tamil and Telugu languages but was later dubbed into Hindi and Malayalam too. The story follows an adventurous young man Sivudu who helps his love Avanthika rescue DevaSena, the former Queen but now a prisoner of king Bhallaladeva.

The film grossed ₹ 586.45 crores with a budget of ₹ 180 crores and won several awards. It won the National Film Award for Best Special Effects and Best Feature Film and five awards under the Telugu version. The film became the first Indian film to be nominated for Saturn Awards.

Bahubali: The Beginning concluded the rest of its story in Bahubali 2: The Conclusion which was again written and directed by S. S Rajamouli. Starring Prabhas, Anushka Shetty, Rana Daggubati, Tamannaah, Ramya Krishna along with many others, the film follows how Bhallaladeva kills Amarendra Baahubali with the help of Kattappa and how Amarendra’s son returns to avenge his father’s death.

Grossing over ₹ 1810 crores, the film was released on April 28, 2017, and was hugely liked by the audience. The film won Saturn Award for Best International Film, Australian Telstra People’s Choice Awards, and three National Film Awards, along with many others.

With Sunny Naveen, Seema Chowdhury, Sammohit Tumuluri, and Allu Ramesh in the main leads with so many other casts, Madhura Wines delivers the story of an alcoholic man Ajay who is mentally disturbed in the state to forget his ex-lover, Madhura. His life was upside down when it starts getting stable with the entry of Anjali who starts loving him after knowing his past.

Meanwhile, the owner of Madhura Wines was also depressed after seeing his condition. The twist and the main story revolving around how Ajay and Anjali will end up in their relationship. Directed by Jaya Kishore B, the film got released on October 22, 2021, and was highly praised by the audience.

Released under the banner of Konidela Production Company, Sye Raa Narasimha Reddy is a Telugu historical action drama film that delivers the life history of Narasimha Reddy, an Indian activist during the British time. Directed by Surender Reddy, the film follows Chiranjeevi, Nayanthara, Tamannaah, and Sudeep as the main leads.

Released on October 2, 2019, the film only grossed ₹ 240.6 crores against a budget of ₹ 200 to ₹ 300 crores. Although the film had flaws in its storytelling it still caught the eyes of the audience and was praised for the character composition and the quality of the story it contains.

Starring Prabhas and Shriya Saran in the main roles, Chhatrapati is a Telugu film directed by S. S Rajamouli and that got released on September 29, 2005. With having a Hindi, Kannada, and a Bengali remake, the film was able to make more than ₹ 20 crores against a budget of ₹ 12.5 crores.

Following the story of Sivaji who is searching for his mother in the entire film, the film was received well by both; the audience and the critics. They loved the way the makers presented the story with the action sequences and the stunt scenes.

Written and directed by Gunasekhar, Rudramadevi is a Telugu language biography action film, describing the story of Rudrama Devi. Starring Anushka Shetty, Allu Arjun, Rana Daggubati along with many others, the film was released on October 9, 2015, and grossed more than ₹ 80 crores.

MUST-READ: 10 Movies Like Bhool Bhulaiyaa That You Can Try!

The biographical crime drama film, Gangubai Kathiawadi is a 2022 released film directed by Sanjay Leela Bhansali and stars Alia Bhatt in the main role. Having the release on February 25, 2022, the plot of the film revolves around the life of a simple girl named Ganga who later becomes the mafia queen of Mumbai.

The film grossed more than ₹ 209.25 crores and was praised by the audience. They liked the performance of Alia Bhatt with the beauty of the direction of Bhansali. She received positive responses from not only the audience but from her co-stars too.

Directed by S. S Rajamouli, Student No.1 is a Telugu romantic drama film that was released on September 27, 2001. Starring N. T Rama Rao Jr, Gajala, Rajiv Kanakala, Ali, and many other casts, the story revolves around Aditya whose main task is to win his father’s heart by giving him the law degree he earned. The story revolves around many circumstances and flashbacks of bad and good experiences.

Made with a budget of ₹ 1.80 crores, the film grossed more than ₹ 12 crores and was one of the biggest hits of N. T Rama Rao Jr. The first was later remade in Tamil and Odia languages.

Having won the National Film Awards, Mirchi Music Awards, and Colors Screen Awards, Chittagong is a 2012 historical drama film written and directed by Bedabrata Pain. Had its release on October 12, 2012, the film stars Manoj Bajpayee, Nawazuddin Siddiqui, and Rajkumar Rao as the main leads along with many others.

The plot of the film revolves around the events of British India’s Chittagong uprising. The audience liked the way the makers presented the true story with beauty and with facts. The film was a satisfying one that made a huge success.

Written and directed by Anurag Singh, Kesari is a 2019 war film having Parineeti Chopra and Akshay Kumar as the main leads. Following the story of events leading to the Battle of Saragarhi, a battle between 21 soldiers of the British Indian army and 10000 tribesmen of Afridi and Orakzai Pashtun, the film had a released on March 21, 2019, having gained ₹ 207.09 crores.

The film was received well and gained positive reviews from the audience who appreciated the performance of every cast with the visuals and art direction. They liked how the makers presented the chronicles of the brilliant historian with a positive outlook of heroism, patriotism, and nationalism.

READ MORE: 10 Shows Like Mai: A Mother’s Rage That Is Worth Watching!

Directed and written by Sanjay Leela Bhansali, Padmavat is a 2018 film starring Deepika Padukone and Shahid Kapoor with Ranbir Singh as the main leads. Released on January 25, 2018, the film has grossed more than ₹ 580 crores within a budget of ₹ 215 crores.

The plot of the film revolves around how Sultan Alauddin Khilji attacks and enslaves Rani Padmavati, a Rajput queen known for her beauty and wife of Maharawal Ratan Singh. After so many violent protests and controversies, the film made a huge success and received mixed reviews, targeting the roles of Shahid Kapoor and Ranveer Singh a lot.

With grossing ₹ 356.2 crores, the film was praised for Bhansali’s direction and the visual attachments it give. The film won seven National Film Awards and nine Filmfare Awards. The film was called a masterpiece and the audience also liked the attires and props of the casts.

A 2008 epic historical film, Jodhaa Akbar is produced, directed, and co-written by Ashutosh Gowariker. Released on February 15, 2008, the film made a big success winning many awards. With Hrithik Roshan, Aishwarya Rai Bachchan, Sonu Sood, and Kulbhushan Kharbanda in the main roles, the plot of the film revolves around the beautiful love story of Akbar and Jodha.

The film has grossed more than ₹ 120 crores and the audience and the critics loved the way the makers presented the historical story so beautifully. Although the film got some legal issues and protests in some parts of the country, Ashutosh made it to the supreme court to have the release the film all over India.

MUST READ: Is Battle On The Beach Season 3 Release Date Arriving? 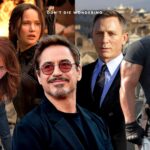 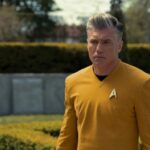