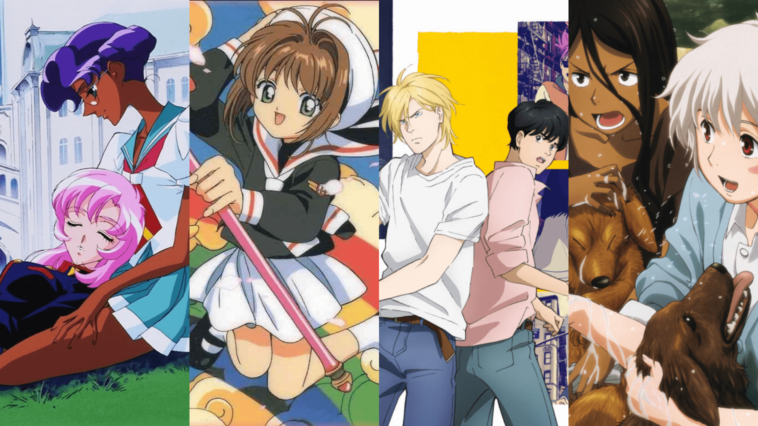 We like watching our favourite anime episodes, but those in the LGBTQ people would like to see more of the same community members in these shows. We can expect the same from anime in a society where gay people, transgender people, and other community members are seeking, and thankfully receiving, the representation they deserve in culture.  Fortunately, Crunchyroll and Netflix platforms have a large selection of anime with good LGBTQ+ characters and plot lines that we can all appreciate. Anime contains plenty of good LGBTQ+ themes, from fully worked character interactions to covering topic matter exclusive to the community.

Where To Watch LGBTQ Anime?

There has never been a great moment to be a fan of LGBTQ animated movies in many respects. If you’re seeking outstanding LGBTQ anime, Netflix is only one of several platforms that offer amazing content for you to enjoy in your leisure time. Crunchyroll,  Hulu, Amazon Prime, and Disney+ are gradually extending their content offerings, allowing fresh and interesting lesbian and LGBTQ anime representation to emerge. Around the world, fandoms and communities encircle each of these entries, and you’ll certainly discover resembling people to talk to, meet, and befriend later on. Meanwhile, access Netflix’s website from wherever you are and start binge-watching LGBTO movies! You can purchase a subscription to these OTT platforms to enjoy your interesting anime.

After ten years, Akira Okudaira is reconnected with her childhood friend Fumi Manjoume on the way to her entry ceremony at an all-girl high school. Their social lives begin to grow in unpredictable ways as they reestablish their connection. While most LGBTQ+ characters face tragedy throughout their stories, the various female characters in Sweet Blue Flowers are able to thrive in their social lives and romantic pursuits. The story revolves around Fumi’s lesbian identity and another character’s bisexual tastes, according to Crunchyroll writer Paul Chapman, without turning their experiences into great spectacles or oversexualizing their relationships. This coming-of-age novel gives its characters adequate freedom to explore the complexity of their sexualities, allowing them to develop into more contented people.

No. 6 is set in and around the ostensibly ideal city of No. 6. Shion discovers a wounded young kid called Nezumi, aka Rat, in his room on his 12th birthday. Shion discovers that Nezumi is an escaped convict after tending to Nezumi’s wounds. The government eliminates Shion’s rights and discards him and his mother to the lower levels of the city, unable to give up Nezumi’s whereabouts due to an unfathomable bond between the two. After four years, the two reunite, but this time they’re set to embark on a journey to discover No. 6’s mysteries. Despite the fact that the anime focuses on the secrets of the city, it also explores gender identity and the two boys’ strong bond.

Neon Genesis Evangelion tells the story of a group of youths who must cooperate with a shadowy corporation known as NERV to pilot bio-machines known as Evangelions and combat terrible entities known as Angels in order to save a future Tokyo. Shinji, a teenage lad, fights Angels, deals with a very messed up father-son relationship, goes through one emotional problem after another, and discovers his sexuality with Kaworu Nagisa in this anime series. Despite the fact that Kaworu barely occurs in two episodes, his bond with Shinji has left a lasting impression on fans.

READ MORE: 25 Best LGBTQ Movies On Netflix That You Can Watch!

Cheeky Angel is an anime series consisting of 50 episodes that follow Megumi, a lovely girl. She’s so beautiful that some people refer to her as an “angel” (hence the title). But there’s a disturbing secret hidden beneath that lovely face: Megumi used to be a male!  Megumi came and uncovered a mystical book with a genie inside when he was nine years old. The genie fulfils one wish when blood is placed in the book. So Megumi wished to be the world’s most manly guy, but the genie converted him into a woman instead. Megumi is a gorgeous high school student who is still a guy a few years later. Miki, Megumi’s female best friend, seeks to transform Megumi into a refined young woman, but Megumi is adamant about maintaining her masculine side. Cheeky Angel answers concerns about gender identity, such as what it means to be a woman or a man and how a person decides who they are on the inside.

In the fall of 2016, Yuri!!! On ICE became famous, and it made the list of the best anime of the year. Yuri’s popularity can be attributed to a variety of factors, including animation, soundtrack, and choreography, but it was the relationship between the two central protagonists that made the series innovative and well-known. Yuri Katsuki and Victor Nikiforov’s relationship avoided the tropes that plague the Yaoi (Boys’ Love) and Yuri genre (Girls Love). Instead, the homosexual anime series depicted the emotional rollercoaster journey of a pair who helps and supports one other through severe life challenges.

Citrus is centred on the renowned manga of the same name and features Yuzu Aihara, a trendy adolescent who is determined to find love and make new friends. Her dreams, however, are dashed when her mother remarries and Yuzu is transferred to an all-girls school. To make matters worse, Mei, the haughty student council president, harasses her on a regular basis. Furthermore, she is Yuzu’s new step-sister. However, Yuzu develops new feelings for Mei as the two girls share a room and get to understand each other better. Citrus isn’t a flawless picture of same-sex relationships, but it nevertheless allows viewers to connect with and relate to the main characters. Viewers can partially examine difficult subjects that LGBTQ individuals face, such as emotional pain, cultural pressures, and sexual assault, through Mei and Yuzu. And, while the series has its share of sombre moments, it also has its share of sweet and amusing moments. The anime is the ideal blend of amusement and realism.

Shuichi Nitori is a guy who likes to dress in a more feminine manner and eventually develops a yearning to be a female. Shuichi meets Yoshino Takatsuki, a girl who shares his desire to be a boy, after transferring to a new school. As kids grow older, they meet new people and learn new things that aid them in their quest for self-awareness and acceptance. Wandering Son offers an unusual portrayal of a transgender person’s development and dysphoria as a primary subject of the show. Each of the characters has its own set of social experiences that shape its sexual orientations. When appearing masculine, Shuichi fights with a deeper voice and the growth of body hair, whilst Yoshino undergoes chest binding and wrestles with menstruation. While both characters seek to achieve their unique levels of self-acceptance and comfort in their identities, they both portray trans culture in serious and educated ways.

Yuri Kuma Arashi is a film directed by Kunihiko Ikuhara, the creator and director of Revolutionary Girl Utena. It is set in a universe where bears have attained human-level knowledge and are hungry for human flesh. As a result, humanity constructs massive barriers to keep the outside world at bay. Bears can still get over the barrier and feast on humans. When Kureha’s mother is a victim of one of the bear attacks, Kureha vows to avenge her mother. Kureha quickly falls in love with her classmate Sumika, but the romance is short-lived as Sumika is killed by a bear. Meanwhile, Ginko and Lulu, two girls, transfer to Kureha’s school, but there’s more than meets the eye. To examine the issues that LGBTQ persons confront in Japan, Yuri Kuma Arashi employs a variety of symbols and allegories. Kureha demonstrates how someone who does not conform to cultural norms is rejected and excluded. Not only that, but the series is rich with visual symbolism, from the wall that separates humans and bears to the use of flowers to symbolize lesbian characters in the anime.

READ MORE: 12 Best LGBTQ Manga That You Can Read! 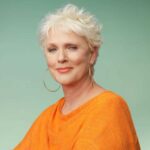