The Essex Serpent is a period drama series on Apple TV+. Directed by Clio Barnard, all episodes of this series are released between 13th May 2022 to 10th June 2022. The plot of The Essex Serpent is based on a village named Essex where Cora the lead character in the series comes to investigate the mystery of a giant serpent. In the village, Cora has to fight against the faith of the villagers who believe that a mythical creature has come back to punish them for their sins. The movie is actually a conflict between beliefs and logic. Apart from Cora’s research in Essex, the movie also shows various aspects of her personal life. Notably, this series is based on a novel written by Sarah Perry of the same name.

The Essex Serpent takes you to the Britain of the 20th century. The movie shows beliefs, mythology, and folk stories in which you will listen about various concepts and ideas in which science does not believe at all. In the series, you are going to witness various characters with different personalities, ideas, and thoughts. Today, we are going to describe these different characters of The Essex Serpent. We will focus on the lead as well as the supporting characters of the series. So, if you also want to know about the cast of The Essex Serpent, the features of each character, their personality, and their role in the series; then read the complete article.

The recently released British web series is widely liked by people around the globe. The thrilling story of the series is something that is attracting viewers towards the series. But apart from story and making; there is one more thing because of which The Essex Serpent is achieving great success and it is the beautiful and talented cast of the movie. In The Essex Serpent, various talented actors have been cast. Here is a list of those characters with their character and personality briefings.

43-year-old Clair Danes are the lead character in the mini web series The Essex Serpent. Born in New York Clair is most popular for her projects like Home For The Holidays, Romeo + Juliet, Broken Palace, Shopgirl, Stardust, and many others. However, she debuted in the acting industry with the TV series My So-Called Life in 1994 for which she also received Golden Globe Award. Apart from this, she had won various other prestigious awards and nominations in her career until now.

In the Apple TV+ mini web series The Essex Serpent, she is seen as the lead character of Palaeontologist and researcher Cora Seaborne. Cora’s husband died recently, but it is not a matter of sorrow for her. Rather his death gave Cora her freedom back. For the last many years, she had been a lady who was suffering from a toxic marriage. Now, as she is free; she started following her passion. And as the first step towards it, she reached Essex village with her son Frankie and his nanny Martha. In this village, there were certain rumours spread about the appearance of a mythological character who has come to give them punishment for their sins. However, Cora does not believe in the story of the villagers. Rather, she wants to conduct a proper search for the giant creature present in the village. But on this visit to Essex, Cora faced various unexpected challenges and questions from villagers. She also developed a friendly relationship with the village’s vicar Will Ransome.

MORE FOR YOU: National Treasure Season 3 Release Date, Cast, And Other Details!

Tom Hiddleston as Will Ransome

The male lead n The Essex Serpent is Thomas William Hiddleston popularly known as Tom Hiddleston. You know him as Marvel Cinematics’ Loki of superhero film Thor. Later when the Marvel series Loki was made in 2021, Tom Hiddleston played the lead role in it. Born in London, Tom’s filmy career started in 2007 with the film Unrelated. He is also seen in movies like Midnight in Paris, The Deep Blue Sea, Only Lovers Left Alive, etc. He also appeared in the popular monster movie Kong: Skull Island in 2017. Notably, before cinema, Tom also worked in theatres.

In The Essex Serpent, he is the male lead character against Clair Danes. He is the vicar of Essex’s church Will Ransome and a very reputed person in the village. When Cora came to Essex, Will was among the earliest people she met. However, Will was against Cora’s theory of the presence of a giant snake in the village. He is a very religious person and was looking at the whole scenario from a religious perspective. And villagers also had believed in his theory. But over the course of time due to the research, Will and Cora developed a good friendship. These two main characters of the series also had positive debates on their respective theories at various times.

The English actor Frank Dillane is a graduate of the Royal Academy of Dramatic Art. He has acted in various popular movies like Fear the Walking Dead, Harry Potter, the Half-Blood Prince, In the Heart of the Sea, and others. However, he is active in the acting industry since 1997.

In The Essex Serpent, he played Dr Luke Garrett who was treating Cora’s husband. He is a very skilled and successful doctor and expert in his field. Apart from being a doctor to her husband, Luke was also a friend to her. After the death of her husband, Cora also told Luke about her abusive marriage where her freedom was seized and now, she can follow her passion for Palaeontology. Luke has romantic feelings for Cora which is why he took care of her during her husband’s illness and after his death. But when he expressed his love to Cora, she denied any emotions from her side.

Hayley Squires is a popular British actress well known for her projects Murder, and Blood Cells. Call the Midwife, A Royal Night Out, and others. She is active in the industry since 2012.

In the series The Essex Serpent, Squires played Martha who is the nanny to Cora’s son Frankie. She is a very trusted person in Cora’s life. Martha also accompanied Cora to Essex as she mostly does while Cora’s outdoor visits. She is the main supporting character in the web series. Martha is a strong and intelligent character in The Essex Serpent.

Clemence Poesy is well known for Harry Potter’s Fleur Delacour. She started her acting career as a child artist and now actively working in the industry for more than 2 decades.

In the web series The Essex Serpent, she played Stella Ransome who is the wife of vicar Will Ransome. She is a sweet lady and shared a good friendship with Cora like her husband Will. However, Cora suffers flu in the series which brought serious illness for her in the series.

Westman is active in the acting industry since 2013 and is a very talented British actor. In The Essex Serpent, he played Dr George Spence he works with Dr Luke Garrett and is a very important man to him. Like Garrett had feelings for Cora, George also liked Martha. In the series at various points, he has shown trying to get Martha’s attention and make an impression on his. He is also one of the major supporting characters in the mini-web series.

Michael Jibson is another talented actor in The Essex Serpent. He is a graduate of Guildford School of acting and is active in the industry since 1995. In The Essex Serpent, Matthew Evansford is another very religious person and a very important character in the series. He also believes that any mythical creature had returned to the village. For the safety of the village and villagers, he encourages everybody to dedicate themselves to prayers.

Lily-Rose Aslandogdu is another supporting actress in the series whom you have seen in A Monster Calls, The Alienist, Modern Life is Rubbish, and other movies and series. The environment of fear was created in the village with the sudden disappearance of Naomi only. She is the one who bought the thought that serpents are back and after her disappearance, people started believing her theory.

Where To Watch The Essex Serpent? 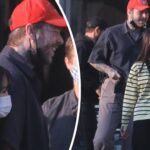 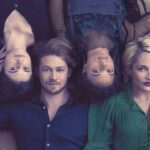