Jujutsu has built a large fan base in a very short limit of time; it is known to break all the records. Every character in jujutsu has their own story and how they end up in the company of sorcery and curses. The character named Ryomen Sukuna is one of the jujutsu characters who belong to the past and exists as a part of itadori. He is the king of curses. Everyone knows about the fact that he is a villain but no one knows about his real intention. A vessel to store sukana that is Yuji who was mentioned by Gojo that he will kill itadori. He has a vow with sukana with the condition that sukana has to take over the cursed spirit will say enchant the other condition is Yuji will forget the existence of the agreement. Itadori tries to withstand it but there was no comparison to Sukana’s strength.

1. Stand Proud You Are Strong

When Jogo fed Yuji and asked sukana for the binding vow,sukana said he will do that after Jogo will punch him once Jogo was fed by Yuji around the ten fingers of sukana when Jogo comes to know that his opponent is none other than the king of a curse then sukana uses fire instead of slicing and slashing, Jogo was defeated by sukana then Shakana ends up saying that “stand proud you are strong

3. I Ll’ Kill You For No Particular Reason”

After sukana defeat the special grade, he has taken Yuji’s body, he rips his heart apart to rip it in Yuji’s body. Megumi did not want that Yuji to be hurt if he was still there sukana was already intrigued by Megumi because of hasten shadow technique. He wanted Megumi to find the body,sukana was a cold-hearted person but his title and immense power are the reason behind his arrogant ness. At early he forced itadori into the binding vow. When he was fighting with Jogo before dying, he had praised him which says he also praises

4. Don’t Look Inside Me Without Permission. I Hate It

When sukana was resized by itadori, when itadori was about to lose in war it was sukana who took over his body in order to save him. There was a time when Sakana saves his body and now he was not agreeing to fix his heart. In this situation, itadori was nowhere fighting

5. You Dare Attempt Touch My Soul? We Shared A Laugh At The Brat’s Expense, L Ll’ Forgive You Just This One Time. Know Your Place Fool

During the fight, Yuji was entered into Mahito’s domain expansion, who is really the king is once again shown by the Sakana. He did not like that Mahito was entering Yuji’s body and tried to touch Sukana’s soul he was totally disagreeing with that fact. He shows everyone that he is the strongest cursed spirit above a tier.

6. Did You Know? I Am Categorized As Special Grade. Me And This Insect?

This shows the true difference between the power of 2 fingers Sakana and the protagonists at this stage. A special grade curse that was easily able to slice Yuji’s arms was vanish in the moment by Sakana who was calling him an insects

7. You’re Mine! Your Future And Everything You Will Ever Possess! You Don’t Have A Say In This! Helpless!

This is the words that sent Yuji into despair that make him want to kill mahito. Yuji killed morphants humans for the first time and beat mohite with Nanami.

8. Humans Jujutsu Sorcerers Cursed Spirits You’re Not Bad Compared To Those Fought Over The Last Thousand Years Stand Proud You Are Strong.

The different side of Sakana is seen here. He acknowledges his abilities for being able to last for as long as he did and Jogo. The quote makes people think Sakana is really arrogant from the beginning or something has made him like that.

9. He Alone Is The Honored One

When Sakana recognized the jujutsu sorcerer’s strength, he was the most overpowered character in the series, Sakana said “he alone is the honoured one” during the rematch in the oppose of toji fushiguro.it is said that the balance of the world was altered when Satoru was born.

During the fight, Sakana was trying to draw more of Megumi’s power out of him. When the fight started Megumi was instantly submerged by Sukana’s power. This engaged the king of curse in taunting him and becoming more condescending. It was seen that Sakana is very interested in Megumi’s cursed technique.as Sukan was not impressed by the little cursed energy of Megumi he said with a cocky grin on his face “put some more curse behind it” 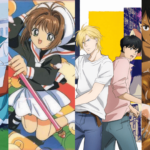 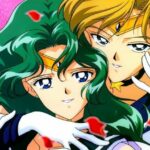