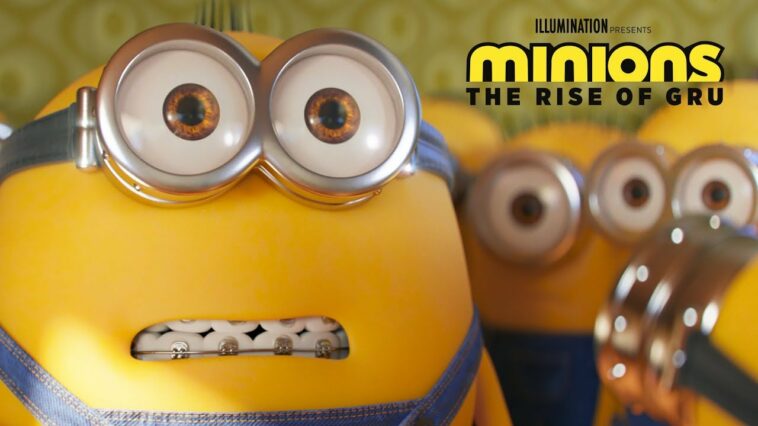 Under the production of Illumination, Minions: The Rise Of Gru is once again back with all its cute yellow creatures that will hold you to stick to your places. Written by Brian Lynch and Matthew Fogel, it is an American computer-based animated film that got directed by Kyle Balda.

As a sequel to Minions, the production and filming of Minions: The Rise Of Gru started in 2017 but it got a halt due to the COVID pandemic. As the filming restarted again, most of the fans were looking for its release date. After such a long time waiting for the same, the fans have finally got to know the exact release date of the film.

The film is set to release theoretically on July 1, 2022, in the United States. Other than this, the film will have its world premiere at Annecy International Animation Film Festival on July 13, 2022, in Annecy, France. The wait of the fans have finally over and they will soon get to see the tiny creatures again.

Minions: The Rise Of Gru Story

As the film is a sequel to Minions, it follows the story where the previous one ended. The film follows a 12-year-old boy named Gru, an ambitious child who dreams to be a member of Vicious 6, the world’s most renowned villain group. He also steals the precious stone of the group to prove his willingness and power.

But is that seem to be so easy? Well, perfectly not and that happens with Gru too. In his attempt to become a member of Vicious 6, he eventually ends up forming a war and rivalry relationship with the group. The situation becomes so hard for him that he ends up taking the help of Wild Knuckles, the former leader of the group. All the members of the Minions group including Kevin, Stuart, Bob, and Otto also help him in his mission as they also start training for Kung fu.

The upcoming film can encounter the plot with how the two opposite pillars get encountered. Will they end up destroying everything or will understand the nature of humanity and friendship? The fans are eagerly waiting for the film and this film will also do its best.

Minions: The Rise Of Gru Characters

The film has got several talented and incredible voice artists. Steve Carelle has given his voice to Gru along with Pierre Coffin to Kevin, Stuart, Bob, Otto, and many other Minions. Taraji P. Henson has been voiced for Belle Bottom, a new member of Vicious 6 Who later turns into a dragon, Michelle Yeoh as Master Chow, a Kung fu Master who helps the Minions in their quest, and Russell Brand as Dr Nefario, a scientist who becomes Gru’s assistant.

Many other voice artists gave their voices to the members of Vicious 6 like Jean-Claude Van Damme, Lucy Lawless, Dolph Lundgren with Danny Trejo has given their voices for Jean Clawed, Nunchuck, Svengeance, and Stronghold. While Nunchuck is a nun, Svengeance is a roller skater who later turns into a tiger. The same characters will appear again in Minions: The Rise Of Gru as this is the confirmed scenario.

Minions: The Rise Of Gru Trailer

The official trailer of Minions: The Rise Of Gru was released two months ago and it has shown the full charisma of the beauty of its characters. Till now, the trailer has been watched more than 20 million times and the makers are hoping to get a positive response to the film too.

Where To Watch Minions: The Rise Of Gru Online?

The viewers can watch the film on NBC Universal’s Peacock streaming channel which will also release on Netflix after some time.

MUST READ: Is Superman & Lois Season 2 Episode 14 Release Date Out? 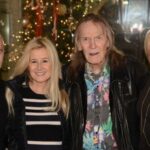