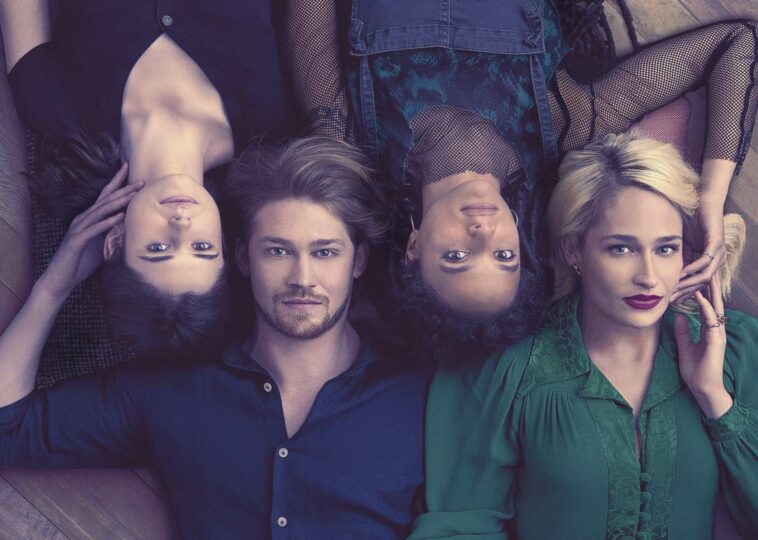 Conversation With Friends is a 12-episode Irish web series based on Sally Rooney’s novel of the same name. after the popularity of the romantic novel, element pictures decided to make a web series on it again. Earlier they have also made Normal People which was also adopted from Sally Rooney’s novel of the same name. Normal People is also a very popular series like Conversation With Friends in Ireland.

The story of Conversation With Friends revolves around a college graduate ex-lesbian couple; now friends and a married couple. Even after having age differences, the four people develop very good friends when they meet for the first time on a summer evening. But this new friendship has brought various complications in their lives and their relationships with each other.

Francis is a college graduate who is also a poet and author. She presents her writings on stage during various events. During such an event in Dublin along with her ex-girlfriend Bobbie, she met Melissa and Nick. Francis is a beautiful girl who broke up with her Bobbie but they are inseparable and live as best friends. As friends also, they sometimes engage with each other physically but do not call themselves a couple anymore. Francis is also a flirty girl. We have seen her flirting with Nick several times. Apart from this, she is also a very strong girl who is fighting various problems at the same time and wants to achieve financial independence. In the Conversation With Friends, we saw Francis dealing with her health issues, her relationship with Nick and Bobbie, and her financial problems altogether. However, we also saw her emotional breakdown in difficult times.

Sasha lane is portraying Bobbie in the 2022 web series Conversation With Friends. You must have seen her earlier in Marvel Cinematic Universe’s web series Loki on Disney Plus. She is a talented American actress who is actively working in the industry since 2016. Born and brought up in Texas, we have also seen Sasha Lane in various other movies, series, and music videos.

Bobbie Connolly is the other lead character in the Conversation With Friends after Francis. She is very close to Francis even after their breakup. They share a very close and inseparable relationship. We have also seen Bobbie flirting with Melissa. Bobbie is Francis’ best friend hence they expect each other to share everything going on in their lives. But Francis hides from Bobbie about her affair with Nick which hurt her a lot. Later Francis also published a story about Bobbie without her concern and it infuriated Bobbie a lot. Bobbie confronts Francis and as a result, their friendship suffered. Bobbie is an emotional and caring girl. Hence, when she came to know about Francis’ health and other issues, she consoled her. They even started a physical relationship during this time.

31-year-old Joe Alwyn is an English actor who is active in the industry since 2016. Apart from acting, he also writes songs. His popular works include The Favorite, Marry Queen of Scot, Harriet, and others. Notably, the actor has also won various prestigious awards.

Nick Conway is a famous actor who works in TV and film. He is also the husband of a famous writer Melissa Baines. But their marriage was more like an agreement than a love bond. Maybe that was the reason for the closeness between Nick and Francis. Nick is a charming and excited guy. He was the one who initiated a relationship with Frances first. At a party where Melissa and Nick invited Francis and Bobbie, Nick kissed Francis secretly. But he also apologized for it due to their age difference and lack of concern. However, it always remained confusing whether Nick was seriously interested in Francis or not. He called Francis when Melissa was not home to involve with her physically. But their relationship always remained on and off. From time to time, he was also seen involved physically with Melissa also.

The fourth lead character in the Conversation With Friends is Melissa Baines played by Jemima Kirke. Jemima is been active in the industry since 2005. You may know her well for her appearance in HBO Max’s series Girls where she portrayed Jessa Johansson.  Her major works include Tiny Furniture, The Little Hour, Sex Education, Axe Cop, and others.

Melissa is a popular writer who always remains in search of a story. When she saw Francis and Bobbie at the Dublin literary event, she became curious about them. She also wanted to know them more and write about the girls. She was always sweet and friendly with Bobbie and Francis. Melissa also invited the girls to a party at her home. However, talking about her personal life her relationship with her husband Nick was not so passionate. When she discovered Nick’s affair with Francis, she called Francis and told her that she won’t break her marriage. She also allowed Francis to keep her relationship with Nick in the way she wanted to. Later, when Nick and her relationship improved than also, she called Francis and informed her that they both are physically active now.

Conversation With Friends is a story of love, attraction, career, and friendship. Two friends and former couple Frances and Bobbie are still each other’s companions after their break up. At a Dublin literary event, the two girls meet a writer and photographer Melissa, and her actor husband Nick. Very soon, the four of them developed a good friendship and started to meet on several occasions. During such meetings, Francis and Nick started attracting each other. Soon, Nick was involved in an extramarital affair with Francis about which Melissa and Bobbie had no idea. They first kissed at the party where Nick and Melissa invited Francis and Bobbie. Later, they met at Nick’s place and had sex when Melissa was not home. But their relationship was never constant. Both of them were bad at communicating but even after deciding to stay away, they both end up connecting several times. However, when Bobbie finds out about the affair, the equation between her and Francis changed. On the other hand, Nick and Francis’ relationship is also very unstable. Later when Melissa finds out about the affair, she announced that she is not going to take divorce Nick however he can continue the relationship with Francis. Amid all this, Francis also had various issues and challenges at a personal level. All these equations brought a lot of drama to the story of Conversation With Friends. Now to see the future of the relationship between these four people, you have to watch the web series Conversation With Friends.

Where To Watch Conversation With Friends? 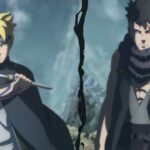