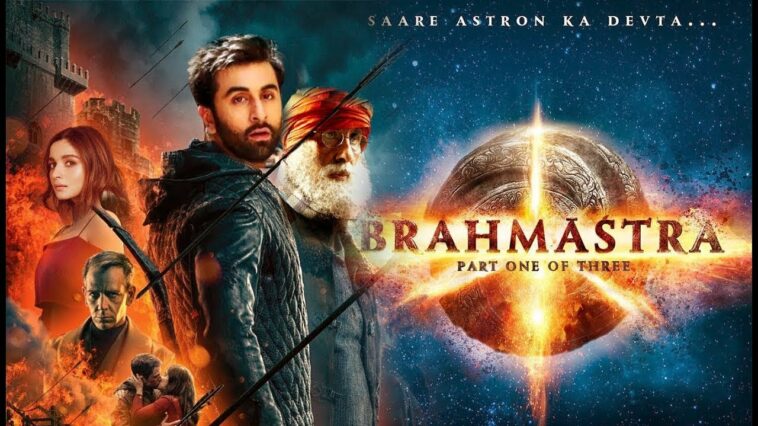 Brahmastra is an upcoming sci-fi, action, adventure Bollywood film that is scheduled to be released on 9 September 2022, Written and Directed by Ayan Mukerji. This film is a treat for Ranbir Kapoor fans who have been waiting for his comeback since 2018 when his fans got blessed with his immaculate talent to play the character of Sanjay Dutt in the blockbuster film Sanju. Ayan Mukherjee has previously worked with Ranbir Kapoor for 2 films and this is the third film the duo has made together. Brahmastra is one of the most anticipated films of this year because this stars Ranbir Kapoor and Alia Bhatt in the main roles who recently got married this year and also because this is Ranbir’s first film with his lady love.

There are other reasons too why this movie is such a big deal for all the national and international fans however we will not go in-depth to explain it all as you will get all the answers why this movie is so special for the Indian audience as well as the makers and the stars themselves. Ayan Mukherjee has worked on only 2 films previously which are one of the greatest storytelling in Bollywood cinema the fans are extremely excited to see what Ayan will bring on-screen this time and hopefully he will not disappoint the fans with this new attempt. This is the very first time in Bollywood that any filmmaker has used VFX in a sci-fi action-adventure film, many fans have praised the maker Ayan Mukherjee for his beautiful attempt to bring something creative to the industry.

Brahmastra trailer was recently released on sony music India’s official youtube channel the trailer gave us a glimpse of what the film is going to be all about and the term ” Astaverse ” was introduced to the audience not many people are familiar with this term and concepts so we did a little research for our readers to give them all the information about this term so they can get the idea about what this film is going to be all about or is it going to be confusing for the audience who are going to watch a sci-fi film for the very first time. The term “Astraverse” means a space that is different from the space that we are familiar with, the astraverse is a space with various kinds of energies that we humans do not get to see or experience in our day-to-day life. Astra can be defined as a supernatural weapon invoked by mantras to summon the energy of a specific deity and “Astraverse” is the kind of space which all these energies are born from. As for the question if its real well if you want to believe in all these supernatural and sci-fi concepts and one can do it because there is nothing wrong with believing in these concepts however in reality nothing like this exists or we can say the researchers have not discovered any such facts that can prove that “Astraverse” exist as this is solely a fictional concept that can be used in films.

Is Brahmastra a Trilogy Film?

Yes, Brahmastra will have three parts the first part being Shiva which will explore the story of shiva and its history powers and abilities in the first part. Producer Karan Johar has given the confirmation the first part was supposed to be released in 2019 on Christmas day however due to the pandemic everything sort of stopped and here we go the film is finally released after all the struggles and delays. The maker of the film Ayan Mukerji has revealed that he got the idea to make this film after visiting Varanasi, and the film has been shot there itself so it’s a beautiful attempt of the maker to capture the beauty of the city and its culture to showcase it in his film.

Ayan Mukerji has revealed in an interview that even though the film is mostly centred around Shiva’s character but his lady love Isha plays a major role in the film by bringing out the best in him she not only supports Shiva but also trusts him with his every action. The information related to the next two parts has not been revealed yet but we are sure after the release of the first part we will get the announcement of the rest of the two parts very soon. As for the cast and story, nothing has been revealed yet but as per rumours this part was called shiva, so the next two parts will more likely introduce new chapters.

The film is a Dharma Productions film so you can assume why Brahmastra is getting all these hypes from the audience. The film is scheduled to premiere on 9 September 2022 in theatres. The film’s trailer was recently released on Sony Music India’s official YouTube channel and after the release of the trailer, it started trending on Twitter for all the good and bad reasons. Some people have shown immense respect for Ayan Mukerji to bring something unique and creative to the table for the very first time in Bollywood cinema however some audiences have started mocking the trailer for the same reason because they did not like the VFX and storytelling and have started comparing the movie to marvel by calling it a ripoff and low budget marvel film that Bollywood is trying to satisfy their audience with $39 million budget so so film.

The story introduces ancient energies such as wind, water, and fire, as well as how humans are endowed with certain energies that have been harnessed into weapons. The film depicts the story of the lord of all Astras Brahmastra. It follows the story of a young man named Shiva who is unknown about the fact that the destiny of Brahmastra depends on him. He meets a beautiful girl named Isha who has no clue about Shiva’s supernatural abilities, Shiva explains to Isha that he has some strange connection with the fire, so the fire does not burn him. Shiva gets the idea that something unusual is going on in this world and he gets to know about some strange ancient weapon of lights, and also the group of worriers who protect them. But the darkness is trying to destroy everything and the dark world is working towards one goal to obtain the Brahmastra. Guru tells him that Shiva is somehow connected to the world of the Astras because he is an Astra himself “the fire astra’ Shiva must protect all people with the power of love, light and fire. The film has attempted to bring the ancient story and highlights the significance of astras in ancient culture. The characters of the film seem promising and the acting and dialogue delivery also seems good as per the storyline.

The film stars some of the biggest actors and actresses, which is another reason to go and watch the films in theatres. The trailer revealed a few of the cast of the film, but not all of the cast, so viewers will anticipate seeing their favourite stars in the films. Amitabh Bachchan will play Guru, and he will also narrate the trailer and introduce the character and theories. Ranbir Kapoor will play Shiva, also known as DJ Daku and Agni Astra. In the film, Alia Bhatt will play the role of Isha, Shiva’s love interest. Mouni Roy will portray the character of Junoon or the Queen of Darkness, and Nagarjuna Akkineni will portray the character of Anish, Shah Rukh Khan will portray the character of a scientist. Dimple Kapadia, Divyendu Sharma, Dhruv Sehgal and Saurav Gurjar are also part of the film however their roles have not been disclosed yet.

Where To Watch Brahmastra Online?

The film will be released in theatres on 9 September 2022, after a few months of one year Brahmastra will be available on the streaming platform Disney plus Hotstar. The official announcement of the OTT release has not been made yet fans have to wait until September once the film hit the theatres the makers might release any news regarding the OTT release of the film.

The trailer of the film has been released recently on Disney plus India, Sony Music India, dharma production, star studios and Sony music south. The trailer has got 1.8 million views within 7 hours and 186K likes from the viewers, as you might have guessed the producers have invested a lot of money in the promotion after the release of the trailer the main cast will promote the film on various platform. One of the main reasons why the makers delayed the films for years was because keeping in mind the big budget of the film they need to make sure that the film become a blockbuster anyhow and after the marriage of the main lead Ranbir Kapoor and Alia Bhatt, it seems like their fans are even more excited to watch the film in the theatre.

MUST-READ:  Is Dhaakad Based On A True Story? Know Here! 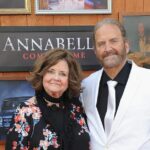