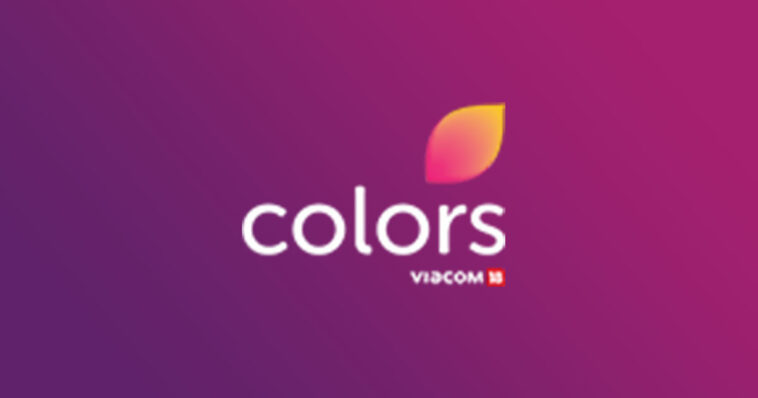 On the sites we’ve listed below, you may watch practically all Korean dramas. You may watch and download your favourite K-Drama on these websites and apps. For your convenience, we’ve listed both free and paid websites and apps. Simply go to the website, type in your favourite K-Drama, and sit back, relax, and enjoy. You can also save it for later. Let’s find out where you can watch Korean dramas for free.

Hulu is another excellent service for watching or downloading videos. It, too, requires a subscription, but, like Netflix, it offers a free trial for the first month. Hulu has subtitles, so you won’t have to worry about the language barrier.

Choose a good pack from Hulu’s selection and have fun!

You can get a wide range of K-Dramas on Rakuten Viki. With hundreds of dramas to choose from, Rakuten Viki will never leave you wanting. Rakuten Viki, like Netflix, has certain copyright-protected content. Rakuten Viki likewise offers both free and premium versions. You only have to put up with the advertising in the free version. It also has an app that allows you to view your favourite K-Dramas on the move. The subtitles are also available on this website.

So, establish an account, watch for free or for a fee, and have fun!

Netflix does not require any form of introduction. It’s a complete world unto itself. With millions of users and thousands of shows, this OTT platform can help you find K-Dramas to a large extent. Currently, Netflix has a large selection of K-Dramas available for watching. You don’t need anything more if you already have a Netflix account and subscription. Simply log in and relax while watching these K-Dramas. Netflix also has a download option. To get started, all you need is a subscription. A month-long free trial is also available via Netflix.

Dramafast is a completely free and completely legal website. This website is really simple to navigate; simply search > watch. On the other hand, the sole drawback is that there isn’t a large selection of Korean dramas. Nonetheless, our website can accommodate a few of your preferences. That’s where you can get free kdrama.

A secure website with a large collection of K-Dramas. This website (Gooddrama) is, however, replete with ads. However, you will have to pay anything in order to watch Korean dramas for free. It’s here where you may watch kdrama for free.

ALSO READ: K Drama In June 2022 That Must Be Added To Your Wishlist!

Korean dramas are a fantastic source of enjoyment, and by viewing them, you may enhance your Korean language abilities at the same time.

While Korean films can accomplish the same effect by using images to assist you to grasp what you’re hearing, nothing compares to the thrill of viewing all of the powerful, heart-wrenching sequences in K-dramas.

Because there is so much information to study on the internet, I’ve compiled a list of six resources to assist you to obtain all the drama you need.

Viki, which is owned by Japanese e-commerce giant Rakuten, is perhaps the most popular site for K-drama fans to watch the latest and most popular K-drama series.

The site features material from China, Japan, Taiwan, and Hong Kong in addition to a vast range of Korean dramas, variety shows, and movies. Viki has just started releasing its own original content.

Just create an account with your email, Facebook account, or Apple ID, and you can start watching thousands of episodes for free right now. If you’re usually on the road, Viki has a mobile app that allows you to watch your favourite shows wherever and whenever you choose.

In terms of user interface and shows available, Viu Viu is comparable to Viki. Not only do they have dramas, movies, and variety shows on the platform, but they also have a variety of reality TV shows, entertainment news programs, and anime series from China, Japan, Hong Kong, and Singapore.

The drawback of Viu is that it is now only offered in 20 countries, including the US and Canada. But, users may even visit the web with a VPN.

Tencent owns WeTV, which is also known as Tencent Video. It’s another popular option, with a library of hit K-dramas and WeTV originals, as well as Hollywood blockbusters and anime series from China, Thailand, and Japan. English, Spanish, and Portuguese subtitles and dubbing are available.

WeTV is free to watch, but you may upgrade to its VIP service for around $12.99 each year. WeTV subscribers also have first access to new episodes of television shows.

AsianCrush presents Asia’s most prominent celebrities in pan-Asian programming. This means that, in addition to Korean, Chinese, and Japanese movies and TV shows, AsianCrush also has content from Singapore, Thailand, and Mongolia in its repertoire.

Streaming is free on the platform, however, there are advertisements. If you wish to get rid of it, you can subscribe to AsianCrush Premium for as little as $4.99 per month or $49.99 per year.

You’ve probably heard of Kocowa if you’re a lover of Korean variety shows. It’s well-known on YouTube, but did you know it has its own streaming service?

Users in North and South America are the only ones who can use Kocowa. So, if you’re in the United States, Kocowa is definitely your best bet. Shows aired on KBS, SBS, and MBC are released with the help of a dedicated staff of in-house translators.

The Top 10 Korean Dramas To Stream For Free

The Korean drama industry, sometimes known as K-Drama, has created some of the world’s best television dramas. South Korea began transmitting television in 1960, and Korean drama became one of the most popular kinds of entertainment for the next three decades. In recent years, the Korean drama industry has grown substantially, with new series being produced and released on a regular basis all over the world. Because Korean drama has had such an influence, we’ve compiled a list of the best ten shows to watch.

Part 1: On Snaptube, Watch The Most Recent Korean Drama

While the rest of the world is looking for nonstop Korean entertainment on websites and applications, we have our own, Snaptube. With over thirty websites integrated to bring their material together and create a comprehensive collection, his program is an endless source of entertainment.

You may watch all of the old and new Korean drama shows here without any problems. You may browse and stream videos at the same time with pictures in picture mode. The search box is easy to use and only shows the most relevant search results while browsing and picking one of the many possibilities is also straightforward. Take a look at Snaptube and see what you think.

Korean drama is one of the most prolific makers of television shows, and there is no doubt that many new shows are added to the collection each year. The new Kdramas to watch are listed below. You can also look at the top romantic Korean movies.

1. The Bride of Habaek

The Bride of Habaek is a fascinating tale about a river god on the lookout for a strong stone that will help him reclaim his throne. On his quest, he hopes to enlist the help of two people: his loyal servant and his fated wife.

It’s a gripping drama about a prosecutor and a prosecutor trainee who must team up to figure out who a crafty psychopath killer is suspect Killer is an excellent thriller series to watch or binge.

The Korean fantasy television series Chicago Typewriter is set in the United States. The plot revolves around a man who lived in Japan-controlled Korea in the 1930s and has been resurrected as a bestselling author in the country today.

Park Jung-woo works for the Seoul District Prosecutor’s Office as a prosecutor. However, when he wakes up like a death row convict suffering from temporary amnesia, things take an unexpected turn.

7. Guardian: The Lonely and Great God

This fantastic Korean drama, also known as Goblin, follows the fates of four people whose fates are intertwined. Take a look at what happens when a Goblin, a Grim Reaper, a high school girl, and the owner of a chicken business meet.

8. The Legend of the Blue Sea

The story follows a con guy who is the son of a wealthy businessman and a mermaid who wishes for rebirth, fate, and unrequited love.

9. The Emperor: Owner of the Mask

Watch the journey of a royal prince who, with the help of his loving girl, battles the strong and wealthy organization that controls the world from behind the scenes in this Korean TV series.

This Korean drama is a whole package of fun, with elements of fantasy, suspense, action, and romantic comedy. The story centres around a girl who is born with superhuman strength and is hired as a bodyguard by the owner of a gaming firm.

Why Is K-Pop So Popular?

Daily, as the Internet expands global connectedness, it looks that the world’s supply of new art, movies, and other media is infinite.

If you’ve seen the video for “Gangnam Style,” you might think you know a little about K-Pop, but it’s much more than that.

K Pop stands out from other genres due to its innovative approaches to music videos, understanding of what it means to be talented, and sheer hard work. Here are some of the best aspects of K-pop.

If you’ve ever watched a K-pop video, the bright colours and outfits worn by the musicians are the first things that strike you. Fashion has taken on a different dimension thanks to K-pop musicians. They aren’t afraid to make a statement and have a distinct way of reading current events. Because most K-pop music videos have a specific theme or story, the costumes and scenery are designed to represent that.

K-pop musicians, likewise, provide fashion with an entirely new definition.  K-pop singers really do not hesitate to make a statement, and they have their own unique perspectives on recent issues.

For example, G-Dragon, a formIn terms of enthusiasm and inventiveness, their true outfits and aesthetics often outperform those of western celebrities. er, a member of Big Bang who is now a popular solo artist. G- Dragon is a frequent trendsetter and all-around fashion icon, and it’s not just because of his incredible musical knowledge.

This leads me to my next topic, which is storytelling. Instead of mindless dancing and useless choruses, almost all Korean music lyrics and videos tell tales. The BTS boy group’s WINGS album, which features themes of youth and adolescence, is a perfect illustration of this. Each of the group’s seven members has a story about how they struggled with a different part of growing up and learning about life.

Choreography is another area that K-pop artists continue to control. The ensembles not only sing and dance, but they also perform sequences that would ordinarily need professional dancers.

Not only does this necessitate a tremendous amount of hard work, practice, and skill, but K-pop musicians are known for executing these routines live, demonstrating that they are actually skilful, rather than merely well-edited in their music videos.

5) Artists With Many Skills

K-pop singers typically always act in addition to singing. While a few actors aren’t very excellent at acting, a true K-pop idol is normally just as talented at singing and dancing as he or she is at acting. Not only are K-pop musicians extremely skilled, incredibly hard workers, and stars in flawless music videos, but they also frequently incorporate elements of different cultures into their songs. Singers often include English vocabulary in their lyrics. Some K-pop performers hail from nations as diverse as Thailand, China, Japan, Canada, and even the United States.

READ NEXT: Who Is The Poorest Member Of All Time Favourite, BTS? 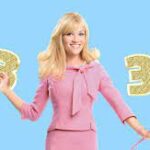 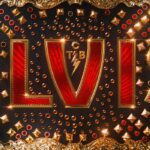