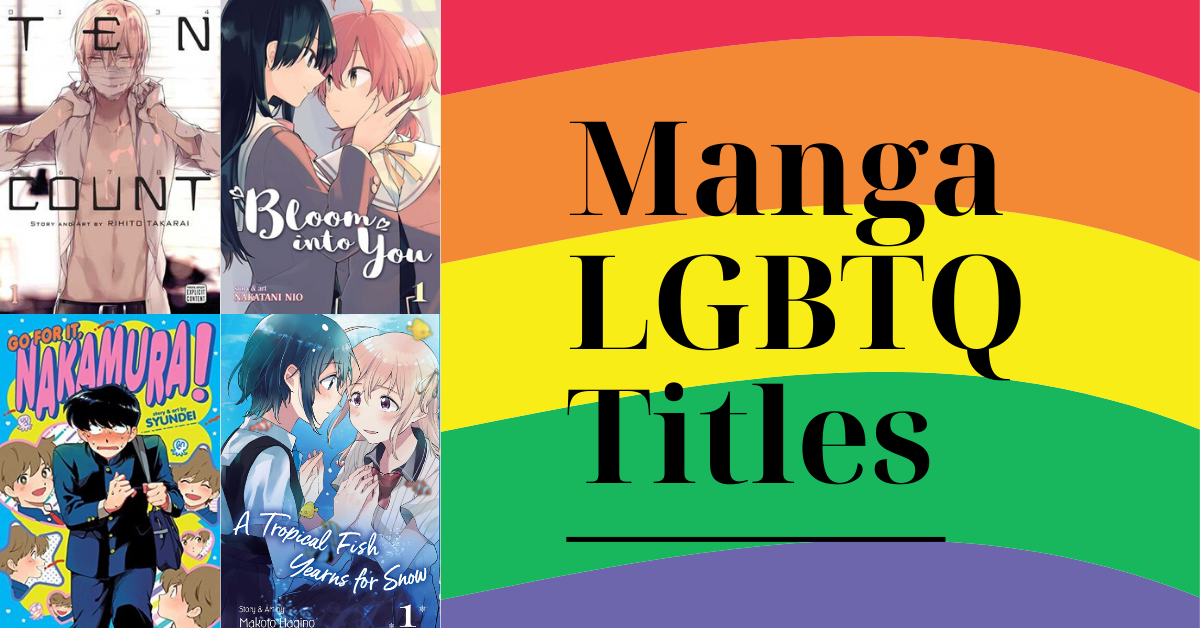 Choosing what manga to read gets very confusing at times, so we have come to rescue you from this problem we have listed out some of the best LGBTQ manga’s so you do not have to waste your time for searching what to read next. With every new girl love and boy love anime’s coming out every new season catching up on some great LGBTQ manga has become mandatory. The ongoing craze of LGBTQ manga has become a trendy thing now, they are the most popular manga on every manga reading website. People are being more accepting of the LGBTQ community and the demand for LGBTQ manga has also increased respectively which is very quite good for all the LGBTQ readers since now they have the same interests as other people and they can also share their recommendations and favourites among each other. We personally love this genre and the stories are amazing as they have been in the last past few years. We have made this list by adding some of the most popular, boys’ love, girls’ love and LGBTQ manga that can give you a good introduction to the LGBTQ manga world.

Ten count is a boys’ love manga by Takarai Rihito, the manga was published on July 13, 2013. According to my anime list, this manga was one of the most read boy’s love manga by the users it was read by 53K users who have rated it 7.95 out of 10. The manga follows the story of Tadaomi Shirotani who is a patient with mysophobia, one day he meets a guy named Kurose Riku who works as a child psychologist. The two of them meet during an unfortunate situation where Riku had to save Shirotani from getting hit by a car, after their first meeting Riku recognizes Shirotani’s OCD symptoms and takes up the challenge to cure him.

Seven Days is a slice of life, romance boy’s love manga series made on the art provided by Takarai Rihito and story by Tachibana Venio. The manga was published on September 1, 2007, it is a 2-volume manga consisting of 13 chapters. The manga series follows the story of a high school student named Yuzuru Shino who is an extremely good-looking guy who was very popular among all the girls because of his pretty face however his dating life does not last long and he keeps ditching all the girls every week. Yuzuru Shino gets interested in a guy named Touji Seryou and asks him out and they start dating.

Given is a slice of life, music, drama boys love manga series by Kizu Natsuki, the manga was published on April 30, 2013. Given is among the most popular boy love manga the anime series and manga have wide popularity internationally. The manga series depicts the story of Uenoyama a moody guy who plays guitar in a band with other two guys in his band and Mafuyu Satou who is a quiet boy and he is actually a really good singer Uenoyama convinces Mafuyu to join his band and their relationship gradually develops. It is a very comforting and fun manga series that crosses most people’s minds when LGBTQ manga talks begin.

ALSO READ: Best Apps To Read Manga On iOS, Check These Out!

Doukyuusei is a slice of life, school boy’s love manga by Nakamura Asumiko, the manga was published on July 25, 2006. The manga follows the story of two high school students who are the polar opposite of each other but one certain event leads the two of them into an awkward situation where they found more and more drawn to each other. Hikaru Kusakabe is a member of a band who is quite good at singing but he lacks academic grades when he finds out classmate Sajou Rihito struggling to sing for the school choir he provides a helping hand to this ace student and the two of them get more and more close with passing time.

Umibe no Étranger is a 4-volume slice of life, romance boy’s love manga series by Kii, Kanna Published on Apr 25, 2013. The story follows the life of two boys named Shun Hashimoto and Mio Chibana. Shun writes novels and lives in a beachside home where he works as a server, he starts noticing a high school boy sitting at a bench near the beach looking all lonely and depressed. Shun being a kind guy approach this kid and offers him some words of comfort and starts liking him. But Mio does not give him any hint that he is interested in guys but the two of them later confess their feelings and start dating each other.

Sasaki to Miyano is a slice of life, boys love manga by Harusono ShouPublished on Feb 26, 2016. The manga follows the story of two high school boys named Yoshikazu Miyano and Shuumei Sasaki and unfolds their senior and junior relationship. The senior Shuumei Sasaki catches feelings for his junior Yoshikazu Miyano when he lays his eyes on him for the first time and starts developing a very close relationship with him when he gets to know that Miyano is a hardcore otaku and reads boys love manga in his free time. Sasaki takes an interest in boys to love manga and borrows some bl manga from Miyano and their relationship starts developing eventually.

Yagate Kimi ni Naru is an 8 volumes school, drama girl’s love manga series by Author Nakatani Nio consisting of 50 chapters the manga series was Published on Apr 27, 2015. The manga series follows the story of Yuu Koito a girl who loves reading shoujo manga and love songs, her dreams come true when one guy asks her out and she finally gets the chance to live a romantic life. But after dating the guy for a while she realizes that this is not something she expected she breaks up with him and when she joins high school she falls in love with the student council president the very flawless and elegant Touko Nanami.

Citrus is a 10 volumes school, drama, girl’s love manga series by Author Saburouta Published November 17, 2012, consisting of 50 chapters. The manga series follows the story of Yuzu Aihara who transfers to a girl’s high school after her mother’s second marriage, where she meets the student council president named Mei Aihara who does not like Yuzu and gets into an argument with her on the very first day of school. The two of them eventually find out that Yuzu’s stepfather is actually Mei’s biological father and they realise that they will be living under the same roof as stepsisters.

Girl Friends is 5-volume school girls love manga series by Author Morinaga Milk Published on October 21, 2006, consisting of 35 chapters. This is the third most popular girls love manga on my anime list read by 43K users who have rated it 8.13 out of 10. The manga series depicts the story of two high school girls named Mariko Kumakura and Akiko Oohashi, Mariko has only focused on her studies but being a studious student nobody in her class takes any interest in her. But one day the friendly and kind Akiko approaches Mariko and the two of them become good friends. The two of them later find themselves drawn to each other but not as friends this time.

Our Dreams at Dusk is a 4-volume slice of life, a slice of life psychological manga series by Author Kamatani Yuhki Published March 6, 2015, consisting of 23 chapters. The manga series follows the story of a high school boy named Tasuku Kaname who is a gay teenager outcasted by his classmates he decides to jump off a bridge when he meets someone the two of them go to a lounge owned by someone where he witnesses people from the LGBTQ community having a good time he gets to know more about the community and his sexuality.

Sasameki Koto is a 9-volume comedy, drama girls love by Author Ikeda Takashi consisting of 55 chapters. The manga series follows the story of two high school girls named Sumika Murasame and Ushio Kazama. Sumika is quite tall compared to girls of her age and the girls of her class do not consider her feminine and adorable rather they take her as their male friend and treat her like one. On the other hand, Sumika’s best friend Ushio only has eyes for adorable girls Sumika actually has a crush on her best friend but she never confesses her feeling and the two of them eventually joins the girl’s loving girls club which gives Sumika a good opportunity to confess her feelings.

Otouto no Otto is a 4-volume slice of life, comedy manga series by Author Tagame Gengorou Published September 25, 2014, consisting of 28 chapters. The manga series follows the story of Origuchi Yaichi whose twin brother’s husband, Mike comes to visit his husband’s birthplace after his death. The story deals with the view of Japanese people and how they treat the LGBTQ community, it is a very interesting story with amazing characters that give you an insight into Homosexuality in Asia.