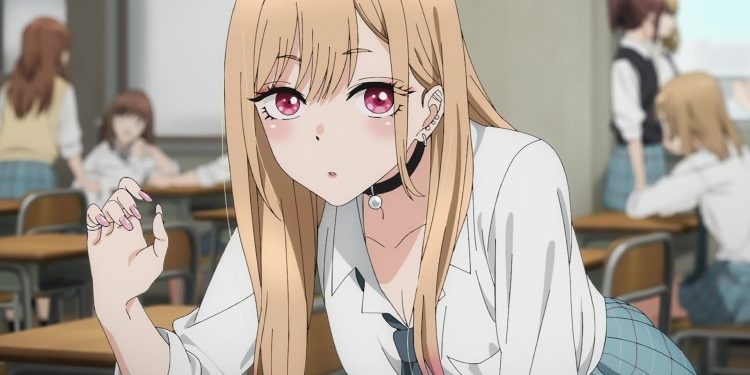 Now, this has been one of the most searched genres of anime, and as we all know why these animes are quite popular, we wouldn’t like to keep you waiting from the list of fanservice animes, you have been searching for all over the internet. Still, for those who don’t know what fan service animes are, they refer to those animes which do have a great storyline and it may belong to the slice of life genre or science fiction genre, or any other genre it can be, but to please the audience, the writers and the animators add a touch of sexual content along with, which may involve a bit of nudity and much more stuff.

Now for those of you who are very well versed with animes, do know the term that is more commonly used for fanservice animes and that are ecchi animes, and for those of you who are hearing about this term for the first time, you do need to check out this genre of anime, because this has been one of the most famous genres of anime. Now it is also recommendable on our part, that ecchi animes, aren’t made for underage children. Another thing that we need to keep in mind before watching these animes, is that they may be sensuous and very attractive, however, the storylines for some of the animes, maybe so illogical, that you may get disappointed with the storyline.

Now as we move on to the list, 2022, has given us quite an extreme choice of animes for this year already, and it’s just the first six months that we have got, we still have some more extremely good ecchi animes on their way but as they are not released yet, we are including only those animes, which have been out yet and those with the best and most hyped-up ratings.

1. My Dress Up Darling

There is no doubt that this anime will come on top of any other animes when it comes to ecchi or fan service animes. We really wouldn’t like to tell you much about this anime but will ask you to just watch the trailer of the show, and you will be hooked to this anime, now if you are thinking, this hasn’t got any storyline, then no this anime has got one of the best slices of life and a fantasy-based storyline that you could get among all 2022 animes, and the ecchi characters added to the animes, just take it beyond all other animes. This anime was more trending than AOT during the time of its release, and thus you can surely understand the hype, that has been going on.

Shunatsu no harem or as most of us know this show as the worlds end harem, and the storyline to this show is quite a unique one, however it may seem a bit too many of u too, this show, however, gave us its first episode in 2021 and then we started revived consecutive episode from 2022 and since then this show has been quite a fan favorite. The show follows the lifestyle of a boy, who woke up into a world where there are mostly all girls, and very less men as there was a virus attack and almost all men, with a y chromosome, have been wiped out of the world, now the show revolves around adaption to this new life and how the virus was created, overall, this show has been quite famous for its ecchi characteristics and unique storyline, with great animation.

Here we have another series which has been quite a famous one, for its ecchi characteristic and this show hasn’t been in the anime sector but has been running since 20132 and this is the fourth season of the show which came out just in this year, now belonging to the fantasy and the ecchi genre, this anime has got quite a good storyline, where in a world where spirits exist, the protagonist of the anime, Shido Itsuka goes on many adventures and has got many spirits who have fallen in love with him and that’s how the story goes on. This anime series is quite fun and sensuous at the same time, the reviews of this show have been mostly positive, and also has got a quite huge fanbase.

Now for those who are looking for a very ecchi anime, just like the abovementioned three animes, you may be a bit disappointed in this one, but just for a bit, this anime has got its flavor and style, which is quite different from any other anime, this anime follows the story of an island, which is filled with monsters and demons, now then we find a high schooler student named Kojo, who has just become a vampire, and certainly, he has got such powers that he can turn the entire power balance of the world into a complete mess, while all this is going on, he goes on a journey where he makes a various new friend who actually ends up falling for him and that’s how the story continues. Overall, this show is quite great, has got many ecchi moments which make the show worth it and has got good ratings too.

Now we are back with another animes, which goes back to the same level of ecchiness, that most of you have been wanting to see, and is on par with dress up darling, this show is a recent release and has been a great hit, with a huge fanbase, which is quite appreciable and for the storyline, that’s also quite great, It follows the story of how a hero, a person who has been the ray of hope for all the people, ends up falling in love with one of the villainesses from the world of darkness, and how their story continues, there is much more drama and ecchi moments which make the show worth every minute and thus we do recommend you to watch this show. This show also has got very few episodes, and is perfect for a binge-watch, along with that the reviews of the critics have also been quite positive.

6. The Greatest Demon Lord Is Reborn As A Typical Nobody

Though the level of ecchiness goes on falling as we go down the list, neither of the shows that have been on the list is a disappointment, and this show may not have many of those sensuous scenes, but it has more than you need to make you get hooked to the show, this anime has also got very few episodes, and the reviews to this show have also been quite great and can be checked out by the readers for a good storyline, which most poof the ecchi animes lack. This show follows the storyline where the demon king is reincarnated with quite minimal powers but it ends up being much more than any normal person can handle and the demon lord, has now got an ultimate goal to achieve, while girls are always mad after him and the royal family is asking him to come back and at the same time there is a minion after him, who is trying to kill him. Overall, it’s a very packed-up storyline and fun to watch anime.

Now this anime series, hasn’t got quite a huge fanbase, however, this has been a direct adaption from the anime Ikki Tousen and then anime series belongs to the ecchi genre very much, however it maintains the line between ecchi and hentai genre, very properly, this anime series has got many over dramatic, scandalous and funny scenes which make the show worth a watch and this show, follows quite a unique storyline which mainly revolves around high schools who have got quite well-abled fighters and mainly contains on the magatama hunting which began just after the recovery period started in the Kanto region after the turf wars, now this anime, may sound a bit complicated and it will be complicated if you haven’t watched Ikki Tousen, otherwise a great anime to watch and enjoy.

8. The Dawn Of The Witch

Now we will come towards the end of the list with one of the best ecchi anime from the genre, maybe the ecchi characteristics have gone down a bit, but overall, this anime has been loved by fans and the sensuous scenes along with the storyline have been great and has also received quite positive remarks from the critics too. The storyline that the anime follows is of a student named Seville who hasn’t got any memory and doesn’t know why he is studying in a magic school, and hasn’t got good grades as he forgot all his past memories, and is sent to a place under the witch, which isn’t quite stable for the past few days, though there has been peace between the witches and the wizards, however, Seville and his companions have a big task to do that is deal with witches and that journey is quite fun to watch. 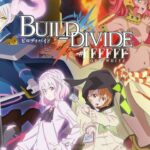