As The Crow Flies (real name Kus Uçusu) is the latest Turkic web series released on 3rd June 2022. The film is all about following ethics or using shortcuts to achieve goals and dreams. The thriller web series directed by Deniz Yorulmazer is about the increasing impact of social media and unethical practices in journalism and true journalism. In season 1 of As The Crow Flies, you will see aspirations, crow’s fly, and the conflict of ethics and tricks in 8 episodes. However, in the end, it has to see who wins the conflict, and does there a season 2 for the further story?

The Turkic film is about the scenario that could be seen in media around the world. The decreasing standard of media is being shown in the series. However, amid the TRP game, fake news, and propaganda, how ethical journalism and the right information win the hearts of viewers is also shown in the series. That is why this web series is worth watching. Additionally, the subject shown in the series is also new in the industry but very important in society. If you watched a few episodes of this series and now want to understand the ending, here we are with the climax of the story. What happened to Asli’s aspiration? What happens to Kiran’s ethics? And what happened to the careers of Asli and Kiran? Answers to all such questions about the ending of As The Crow Flies are explained in this article. Read the complete article to know the full story.

As The Crow Flies Season 1 Story

The story of As The Crow Flies Season 1 starts with a flashback where we see violent Asli attacking Lale Kiran at her home. From here the story goes on flashback.

The plot of the web series is set around the news channel MON5 and its various employees and interns. Lale Kiran is the prime-time anchor and most popular face of the channel. She is also one of the favourite journalists of people. Notably, this popularity is earned by her with hard work, dedication, and journalistic ethics. However, many people in the news office are jealous of her achievements. Amid this, a new intern Asli joins the news channel. Asli was inspired by Lale’s popularity hence she joined the channel. Lale explains her to run for news rather than for humans to be successful in life. But, the young girl of the social media generation wants everything quickly.

Asli believes in tricks and shortcuts to get success in life. Seeing Lale Kiran’s popularity, Asli wanted to become a popular anchor like he soon. But the way was not so easy and quick. To reach the position of anchor-like Lale, she first has to eliminate Lale from her place because Lale won’t allow her to become an anchor without experience and practice. So, she started her evil practices. Asli tricked people, influenced those who were close to Lale, tried to damage her reputation in public, and put obstacles during her live shoots and whatnot. She also spread propaganda against her on social media. Unaware of Asli’s evil intentions, Lale was struggling in her personal life and with people, she is close to. The story is all about the conflict between ethical Lale Kiran, her enemies, and those who want to replace her. It has to see in the series who wins the conflict and how Kiran saves her ethics.

MORE FOR YOU: Is Suits A Sitcom And How? Everything Explained

As The Crow Flies season 1 has 8 episodes, the climax of the story came in the final episodes. In the climax, there was various suspense that broke out and the story got clear. Asli got certain success in her missions. While Kiran’s life also changes a lot. The end of season 1 also showed certain possibilities for season 2. However, there is no confirmation on it. So, let us know the ending of As The Crow Flies.

Yes, Lale came to know the truth about Asli which also led to their fight that we saw at the beginning of the series. Lale knew the truth during their wedding of Ozge when she was invited as Ozge’s bridesmaid by her. However, in this event, Ozge told her that she was not expecting her for the wedding after she refuses to come to meet her in hospital after the accident. However, Lare went to meet Ozge in the hospital but Asli told her that Ozge does not even want to see her face and hence she should not meet her.

This was the time when Lale realized Asli’s intentions by recalling all the past experiences. It was Asl who created misunderstandings between Lale and her PA Ozge and of which Lale fired her. She also recalled the time when Asli tried to disturb her during the live show. To talk about this, Lale called Asli to her home where Asli attacked her. Later, Lale sends Asli to the Ankara office to do reporting and give the right direction to her career.

What happened to Lale Kiran?

Lale’s contract with MON5 was about to end but to keep her in the news channel, Gul shook hands with Asli and Lale’s old and jealous friend Muge. Lale has to stay at the company for three years with the same pay if she went against the channel’s policy. Lale was given fake news to deliver live and her phone was also strategically taken so that she could not confirm the news. But somehow, Lale managed to know the truth in between the shot. Hence, on live TV she spoke the truth about the fake news and exclaimed that it was a prank by her friends. Kenan also hekped her in it. He did not stop the live telecast even when Gul and others insisted.

This again made Lale Kiran a hero among people. she got immense public support. But this betrayal by her friends broke her and she decided to leave the job and spent more time with her family. This way, at the end of the series the most ethical journalist of MON5 left her career. But people like Lale can’t sit quietly. If season 2 of the series came, you will definitely see Lale’s comeback.

After her behaviour with Lale Kiran, Asli was sent to Ankara for reporting. Kiran did so to teach a lesson to Asli. But Asli’s main motive was something else. So, she manages to come back in a week only. After her coming back to the office, she conspires against Lale Kiran with her other enemies. As a result, Lale finally left her job and Asli got her position as a news anchor. But Asli reached here with tricks and shortcuts, not by talent and hard work. Hence, she is always remains feared of losing her position. At the end of the series, we saw Asli fearing new interns while entering the newsroom as an anchor.

As The Crow Flies Season 1 Cast

Apart from the main characters the supporting characters in the web series are Ibrahim Celikkol as the producer of Lale’s show Kenan; Burak Yamanturk as Lale’s husband Selim, and Irem Sak as Lale’s old friend and employee of MON 5 channel, and Defne Kanyalar as Gul. Zeynep Parla, Berkay Akdemir, Tuana Gizem Uzunlar, Ertan Ekmekci, Elif Kurtuaran, Merve Nil Guder, Asena Hotamis, etc. are also the part of As The Crow Flies Season 1 cast.  The web series is a multi-cast series. hence, apart from these characters, there are various other actors in the web series. various characters are also recurring or just for a few scenes but have crucial parts.

Notably, the thriller web series is written by Meric and Acemi, produced by Kerem Catay, and edited by Selin Eren Sahin.

Where To Watch As The Crow Flies Season 1?

Netflix video streaming OTT platform offers monthly as well as yearly subscription plans for its users. You can choose the plan according to your requirement to watch As The Crow Flies Season 1 and various other latest shows and movies. Notably, the subscription plans and costs of Netflix vary from country to country.

ALSO READ: What Was The First Netflix Original Movie? 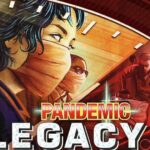