Released under the production of Naked Netflix, Snowflake Mountain is a reality show that revolves around a bunch of clueless rich kids who are being given the life of a normal person. As they have to prove themselves, they also need to fight against each other to take the grand prize money to their home.

The series is going to be premiered on June 22, 2022. As of now, the trailer has been watched more than 45000 times and is liked by the audience very much. The audience is describing the show as a life lesson thing other than an entertainment thing that will impact their life too. The makers are hoping that the show will too be liked by the audience, the way its trailer is receiving satisfying ratings.

The participants of the show are the rich kids of their rich parents who are given every facility and amenities to live their life peacefully and with no issues. But how will the kids survive their days when they are given no privileges and materialistic things? This is the main thing around which the whole series revolves.

Filmed in the lake district, the participants of the show are given no materialistic and basic things, parents and the most important thing; Wi-Fi. As they have always been served with everything on the silver plates, they have to live their life now like normal people. The participants are kicked out in the lap of nature to help them stand on their feet. The winner of the show will take a grand cash prize money at the end of the game.

The participants of the show are 24-year-old Deandra from Brooklyn. She has tried to run away from her home three times but all goes in vain. She says that she doesn’t need to work for money which indirectly shows how rich she is. A 25-year-old Olivia fears trying new experiences and things. Living in southwest England, 25-year-old Rae does nothing in the present time and lives with her family.

Born in Boston, 20-year-old Devon loves to party all the time. She is a college student who wants to drop out because she is failing in all her classes. Living rent-free for some time, 25-year-old Darriea freezes when responsibility surrounds her from everywhere. She was the one who does nothing at all. Solomon is 26 and is just like Darriea and Olivia and does nothing. He got his family business from his parents and spends, $ 500 a week just on his grooming.

Fully dependent on his mother, 26-year-old Sunny does nothing after many failed jobs. Dreaming to become a pro wrestler, 23-year-old Randy left his career in medicine. Currently working as a food delivery driver, 22-year-old Carl aspires to become a model and live in Los Angeles. 21-year-old Liam lives with his grandmother in England and doesn’t help her. Although, he works but spends all his money on vacations, partying, and personal grooming.

Joel Graves, Matt Tate, and Cat Bigney are going to judge the contestants of the show who are unique personalities too. On the other hand, the participants included are Sunny, Randy, Liam, Carl, Solomon, Darriea, Devon, Rae, Olivia, and Deandra. Watch the dramatic end stories of every contestant in the show.

Okay so, lead your way to watch the trailer of the show now. Every contestant comes from a very glamorous life who used to sit on cotton pads and were living their life with no hustle and bustle. At first, many of the viewers will consider every contestant to be greedy and someone who did not like living the life of a normal person. But their main task is to how easily accustomed to the place and the things they are given.

Where To Watch Snowflake Mountain Online?

Netflix always comes up with different concepts and stories. And this time it came up with this reality show that will be going to be a life lesson thing to many of its viewers. 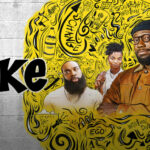