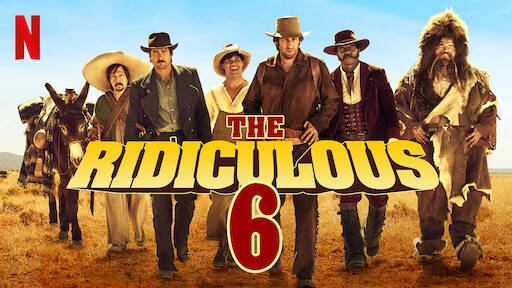 Trial of Chicago, The Irishman, Marriage Story, Bird Box, Don’t Look Up, Fear State Trilogy, etc. must be the Netflix original films that you have watched. Undoubtedly, over the years Netflix has become our best source of entertainment. The movies and series that Netflix makes become a source of excitement among viewers. But do you know which is the first Netflix original series? What was the story of the series and how did it perform?

What Was The First Netflix Original Movie?

MORE FOR YOU: 15 Best Fantasy Movies To Watch On Netflix!

About The First Netflix Original Movie

The first Netflix original movie was The Ridiculous 6. It was released in late 2015. Tom Costain did the editing of the movie. This satire was prepared on a massive budget of $60 million. But unfortunately, the movie was not a success for its makers. On IMDb, the movie has only got 4,6 ratings by people. And on rotten tomato, the approval rating is 0%. Many films had received this status on the website. The Ridiculous 6 is a story about 6 half-brothers who did not know that they are brothers. one of the six brothers, Tommy went on a quest for money to save his father when he knew who he is. And it was through this journey, Tommy came to know about his half-brothers from the same father.

As Tommy found the truth, he decided to reunite with his brothers. As he finds them, one by one they joined him in the journey of saving their father. However, various challenges were waiting for them on this journey. There was a gang also in the movie against whom the brothers were fighting. Hence, you will also see lots of action in the movie. All six of them have different backgrounds and different characters. These clashes of personality and characters bring the element of humour to the story of The Ridiculous 6. From the description, the movie seems good but those who watched it did not say anything great about the movie. This is the reason the movie has such poor reviews on the internet.

The story of The Ridiculous 6 is about six half-brothers and their criminal father. The oldest brother Tommy lives with an American Indian tribe as the head of that tribe Screamed Eagle had adopted him when he was young. It was the time of Tommy’s or White Knife’s wedding when his biological father came and told him that he is suffering from tuberculosis and wanted to give his son $50,000 that he hides in the meadow. But the next day of this event a goon Cicero kidnapped Frank (Tommy’s father) for the same money. When Tommy didn’t find the money at the said place, he decides to collect the money and save his father.

In this journey, Tommy comes to know about his six half-brothers. The brothers come together and decide to flee their father. As the six came together they are known as The Ridiculous 6. But the journey was not easy. Apart from collecting the money, they had another challenge- The Left Eye Gang. This gang also had an eye on Tommy’s fiancé from the tribe. When the brothers got the money for the ransom of their father, it was robbed by The Left Eye Gang. They created many more challenges in the brothers’ way. But the strength of the 6 brothers together defeated the gang also. They manage to get back the money and save their father.

Cicero also used the left eye gang and when his work was done, he left them to die in the desert. But The Ridiculous Six saved them. In the meanwhile, Tommy also found that it was Cicero who killed his mother. He decides to take revenge on him and succeeded in it. When after all challenges, the six brothers reach their father, Frank told him that it was he who planned his own kidnapping for the money. This devastated the brothers but the gang had some other plan. Telling the truth to his son was all a drama.

There had an explosion after which Frank ran away and took Fox Smoking with her as a hostage. But Tommy follows him and saved her fiancé. The brothers were said to know the reality of their father. But, soon the tribe chief Screaming Eagle who adopted Tommy, also adopted his other half-brothers.  the movie ended on a good note as everything was corrected and Tommy married his fiancé Fox Smoking.

ALSO READ: 12 Weirdest Movies On Netflix That Are Must-Try!

The Cast of The First Netflix Original Movie

In The Ridiculous 6, Tommy and Herm Stockburn’s childhood is also shown for a very short while. The character of young Tommy Stuckburn is played by Henry Steckman. While younger Herm’s only voice was streamed in the movie. The voice was given by Robin Leach.

Is The Ridiculous 6 Still Available On Netflix?

Yes, The Ridiculous 6 satire is still available on Netflix. It is a worldwide available Netflix original movie. Despite facing criticism from experts and movie critics, Ridiculous 6 could be watched on the OTT app. The film made on the budget of $60 million did not prove successful after release. Hence, many of you might not even hear of the movie. If you want to know why this film earned so much criticism then you can search ‘The Ridiculous 6’ on Netflix and watch the movie. However, a subscription to the app is mandatory to watch the movie.

What Was The First Netflix Original Series?

Before making Netflix an original movie, Netflix made the original series. Its first original series was Lilyhammer. This is a crime drama series that was released in 2012. However, this movie was partly funded by Netflix, and before Netflix, it premiered in Norway. But it is considered Netflix’s first original film. Directed by Simen Alsvik, Geir Henning Hopland, Lisa Marie Gamlem, and Ole Endresen Lilyhammer is a humorous series as well. It has three seasons that were released between 2012 to 2014 and are quietly liked by people. The lead actors that appeared in this Netflix series were Steven Van Zandt, Trond Fausa Aurvag, Steiner Sagen, Marian Saastad, Mikael Aksens Pehrson, and various others.

In the same year, Netflix released some other series, and day by day Netflix started getting huge success. Today it is a big player in movies, web series, reality shows, and other online content all over the world.

ALSO READ: How To Download From Amazon Prime Video On Laptop?