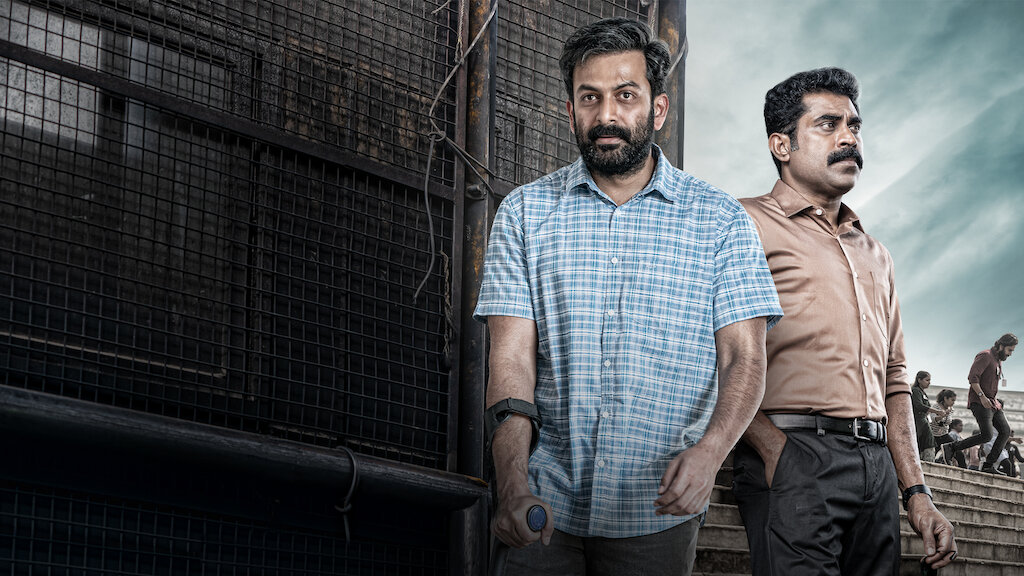 Whenever a Regional movie makes itself through the boundaries of language and theatres through OTT Platforms there is a widespread Fan following that takes place. One such movie that seems to have been made through the boundaries of regional theaters is Jana Gana Mana. Launched on 28th April in theatres and now streaming on Netflix on 2nd of June. The movie made itself to be amongst the top 10 charts of the OTT platform. But from the point where I watched the movie, there was something that made my mind wonder HOW IS THIS POSSIBLE!?

I guess you might be wondering something same The Trailer and the movie do not make up. The Trailer showed a Bomb explosion and a series of Question answers that the lead hero Prithviraj Sukumaran carries on with a politician talking about his health fund problems and suddenly there is a blast and a wicked smile that takes place.

After watching the trailer I had a thought about the movie that might be based upon some conflicts with a regular guy who gets plunged by various political and corrupt people. But to my surprise, After the movie ended and the last dialogue that takes place “It is just the beginning” My mind got bloated as the trailer was something that depicts JANA GANA MANA PART 2 scenes as in the whole movie where they solve the case of the murdered professor there were none scenes that matched up with the trailer!

Jana Gana Mana’s part 2 release date will be announced after the makers get an essence about the audience reaction as the movie was already set to release on the OTT platform Netflix. It might not be that difficult for the makers to make the audience demand part 2 as well.

The part 2 of the movie will be showing Prithviraj Sukumaran and his vengeance on the political leader who exploited him in the past.

there will be a lot of goosebump moments in part 2 of Jana Gana Mana, as one has already been shown in the part 1 trailer.

MUST-READ| Where To Watch Prithviraj Online? Read To Know More!

Talking about the movie it is a pure masterpiece where in the first half whom you might think would be the Protagonist turns out to be the evil one. the twists and turns that have been offered in the movie are impeccable and beyond something that you will witness every day in the Indian Cinema. The movie has everything from Drama to mind-boggling story twists that might leave you shook for 10 seconds and make you realize what you just saw for the previous 40 minutes.
Talking about the movie in deep, Jana Gana Mana depicts all the atrocities in the Indian system where corruption, Greed, Social Delima, and Fake Media can be seen. the story is about many people but when talking about the protagonist Prithviraj Sukumaran takes his entry just before the first half and the movie will make you feel like a see-saw ride of emotions as there are various villains turned heroes and will surely hit deep inside your brain cells.

The coolest part that could be witnessed was that in the first half you will feel proud about what the political puppet does to maintain the position of the MLA. And that is because you won’t know he’s a puppet and that is what brings all the emotions out after the first half making you hate the character and later on again sympathize as he brings out the truth and makes the table turn.

After watching the trailer first and then the movie, you might not understand what is up to the maker’s mind and what he might do in part 2. But that’s for sure once you watch the movie and go back to the trailer you will surely get the essence of what is going to happen in part 2 of the movie.

there will be vengeance all over part 2, the story will revolve around Prithviraj Sukumaran pulling the insides out from the MLA and making him realize the atrocities he has done in the past. there will be action and intellectual storyline just as part one of the movie