Who Is 001 In Stranger Things

Strange Things is undoubtedly one of the best web series on Netflix. Liked by especially the youth audience, the series has an 8.7 rating on IMDb which makes it a popular one. The web series is a science fiction where you will also experience elements of horror as the characters from the parallel world The Upside Down becomes a threat to the citizens of Hawkins. Released in 2016, 4 seasons of Stranger Things had come till now. Every season it revealed new suspense and created another one.

The latest season 4 of Stranger Things also witnessed another huge character and suspense behind it. There remains huge suspense about his character in the series. But at last, the suspense is revealed and all the stories about 001 and his past are revealed. How 001 is formed? What are his powers? What problems he caused are all in season 4 of Stranger Things which was released in May 2022. To know everything about 001, read the full article.

Who Is 001 In Stranger Things?

The web series Stranger Things, 001 has created huge suspense among the audience. However, it is revealed that 001 is Henry creel who is the first subject of Dr Martin Brenner’s experiment which created a parallel world The Upside Down. The reality about 001 came out through Eleven, who was in isolation in the lab after her fight with Angela. There she meets Dr Brenner. Eleven recalls all the past incidences she had with orderly which revealed the story of 001 and destruction by Vecna.

In the series, the whole history of 001 is revealed that made him what he is today. The character 001’s real name was Henry Creel who use to live in Hawkins with his parents and sister. The family came to Hawkins after world war 2 and were happily living there. After a few days in Hawkins, the life of Henry and his family took a roller-coaster ride. They were horrified by the presence of dead animals’ Carcasses. As a result, first of all, Virginia, Henry’s mother was killed due to horrifying visions she use to face. Later, Henry’s sister also died because of horrible visions. However, the blame for their death came to Henry’s father Victor. Amid this everybody pre-assumed that Henry also died in all this chaos just like her mother and sister. In the allegation of killing his family, Victor is spending his life in the lockup of Pennhurst asylum.

This was the incident that made 001 what he is today. Dr Brenner took Henry Creel with him and experimented on him. However, the past experience of Henry and his behaviour turned him into a monster. To control the evil side of 001 aka Henry Creel, Dr Brenner installed a chip called Soteria on his neck. This chip controls the One’s power and hence he remains at The Upside Down Lab as orderly.

Powers of 001 In Stranger Things

001 had supernatural powers. Because of these powers only, Dr. Brenner brought him to his lab. As he was recorded dead in the government records, Brenner finds him a suitable subject for the experiment. He wanted to search on him to make more creatures with the similar powers that Henry possesses.’

In season 4 of Stranger Things, not only One’s loss in past is revealed but various other deeds of him also revealed. We also came to see 001’s evil intentions for which he even manipulated Eleven. He is also seen as Vecna in the series. Vecna had killed several people in the city. T has been seen that Vecna has certain supernatural powers in his hands. He is a master of manipulation.  Notably, the way Vecna killed his targets was the same way in which Henry’s mother Virginia was killed years back.

When Eleven came to the lab, orderly 001 got a way to move out of the lab and get his powers back. Two and a few other subjects in the lab use to bully her. One took advantage of it and made her believe that only he is her well-wisher. He also manipulated eleven by saying that Brenner is going to kill him. After all this, One won the trust of Eleven and used her. She removed the chip Soteria from 001’s body as a result he regains his powers and started destruction. He killed people in the lab including nurses and subjects of experiments with his supernatural powers. Henry or One is a dangerous creature. Eleven did a huge mistake by removing the chip from his neck.

MORE FOR YOU: The Boys VS Watchmen: Which One Is Better?

Conflict of 001 With Eleven

Eleven’s action caused some serious problems for the Hawkins National Laboratory. Vecna has created serious problems in the city. In season 4, it is also revealed that it was not any demon or Victor who killed Virginia and Alice (Henry’s mother and sister). Henry himself killed his mother and his sister with his supernatural powers. He wanted to bring down human structures from the world. He was a monster and an evil mind person.

After Eleven removes the chip from One, he gets his power back and starts destruction. Eleven realized the reality of One by seeing the destruction he caused in the lab. She saw everything One deed via the Rainbow Room. She also realized that One manipulated her by saying that the chip is a tracker and asked her to remove it while in reality, it was a device to control his powers. She also saw the tattoo on his hands that says 001. It confirmed the truth of One and Eleven realizing that he is a dangerous monster who needs to be in isolation.

Hence, Eleven decided to stop him and defeat him. One explained to her everything that had happened to him. But he did not know the intentions of Eleven. She gathered all her powers and attacked him. In this conflict, the gate of The Upside Down opened from the Rainbow Room. But 001 was stuck in Upside Down and burnt due to lightning. But this lighting did not kill him. Rather, the evil creature 001 turned into Vecna, another dangerous creature. And this is how Vecna came to Hawkins.

Now, Dr. Burner and others know the truth about Vecna and the connection between Vecna and 001. They pre-assume upcoming fights and wars in the city. Amid this, they have Eleven as their important asset whom they want to make more strong and prepare for upcoming challenges including the Vecna aka 001.

Who Played 001 In Stranger Things?

In the American science fiction and horror web series, the character of 001 aka Henry Creel aka Vecna aka One is played by actor and model James Metcalf Campbell Bower. He is an English actor who is previously seen in Harry Potter, Death Hallows, Will, The Mortal Instrument, and other projects. Notably, we also see the powerful character of Eleven with One. She is played by beautiful British actress Millie Bobby Brown.

Stranger Things is a science fiction web series in which you will also experience huge drama and horror. As the few characters with supernatural powers in the series are dangerous, the element of horror automatically came into the series. The plot of the web series is based on the 1980s. Created by the Duffer Brothers, the story is set in Hawkins. Here are laboratory scientists doing experiments on supernatural things and people with supernatural powers to make more like them. However, their research on the subject created a parallel world for these creatures. This world is known as The Upside Down. Some subjects of The Upside Down are dangerous for Hawkins and even started showing their effect. While some are assets for the state.

In the 4 seasons of Stranger Things, you will see encounters with people from The Upside Down and the city of Hawkins. There are also scientists and researchers behind the making of The Upside Down. The actors like Winona Ryder, David Harbour, Finn Wolfhard, Millie Bobby Brown, Gaten Matarazzo, Natalia Dyer, Charlie Heaton, Cara Buono, and others made Stranger Things so popular. Apart from these, there are various other supporting characters in the series. In every season of Stranger Things, a few additions are also seen in the cast. The supporting cast, guest appearances, and recurring appearances are also very strong in the series.

Where To Watch Stranger Things? 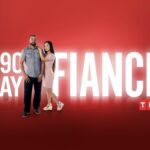