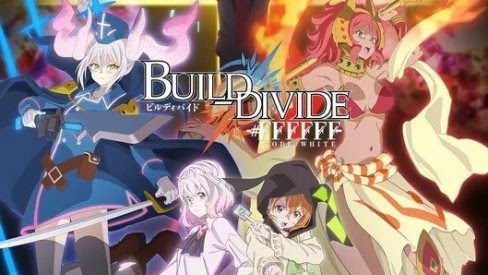 Build Divide is a Japanese anime series directed by Yuki Komada and written by Yorika Tomito. It is the second part of the 2021 release anime TV series Build Divide: Code Black. This series is based on the collectable card game. Season 1 released in 2021 had 12 episodes. After the success of Build Divide: Code Black, fans were eagerly waiting for the upcoming story in season 2. And finally, their wait over this year when season 2 was released in April 2022. So far 8 episodes of Build Divide: Code White have been released. However, after the release of episode 8 this Sunday, the excitement among the audience has grown regarding episode 9. If you are also one of those who are eagerly waiting for Build Divide: Code White episode 9, then here are the story and release date of the episode.

The Build Divide: Code White’s episodes stream every Sunday since its release in April 2022. Hence, the 9th episode of the TV series will be released next Sunday which is 5th June 2022. The episodes release on both local networks in Japan and OTT streaming platforms. Now it has to be seen what new suspense an episode of the series brings with it.

Build Divide: Code White is an anime TV series based on card games. Build Divide is actually a card game that is very popular in New Kyoto. A master of this game even has a chance to get one of his or her wish fulfilled. To reach this point in-game, the player has to defeat the king of New Kyoto in Build Divide. However, there is a procedure in this game in which the player has to go through certain levels to reach a point where he or she can play against the king to defeat him.

The main character of the series, Teruto Kurabe desires to win the Build Divide from the king. For this, first of all, he had to participate in the TCG battle. The way to the game of Build Divide with King goes from this battle only. Teruto is not alone in this hard journey. A girl named Sakura helps him at every step and guides him towards win. He also had the support of a few other friends. Now it has to be seen in the series whether Teruto succeeds in defeating the King of New Kyoto and gets his wish fulfilled.

MORE FOR YOU: A Couple Of Cuckoos Episode 7 Release Date Updates!

Till now only it is known about episode 9 of Build Divide: Code White that the efforts of releasing Teruto from captivity will continue in Build Divide: Code White. Notably, it is seeming that he will flee very soon. Apart from this, any other spoiler or story twist is not available as of now. you have to watch the series on 5th June to know the story.

Build Divide: Code White has a small star cast of main characters. In the lead role is Teruto Kurabe voiced by Yoto Uemura and Kikka voiced by Yu Serizava. Apart from these two, there are Hiyori Tori voiced by Aoi Koga, Naomitsu Enjo voiced by Atsushi Tamaru, and Sakura voiced by Sayumi Watabe.

The latest episode of Build Divide: Code White was episode 8. The episode is dominated by the fight sequences of Reira and Higuma in which at last we saw Huguma in dominating position. He manages to pull a trump card which made a clone of Kikka. Now it has to be seen whether all these efforts result in the release of Teruto from captivity.

Notably, apart from the fights and trying of rescuing Teruto, we also saw Sakura’s part in episode 8. Some flashbacks of Sakura’s life were shown in the beginning of the episode. It was also revealed that her sister was about to become the guardian of the King.