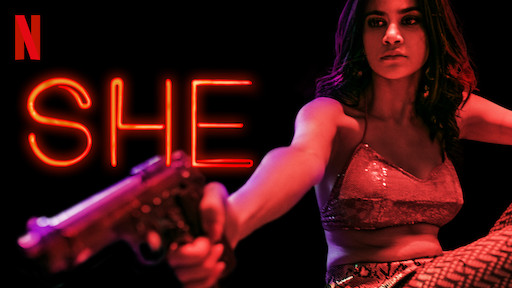 She is an Indian crime drama tv series created by Imtiaz Ali and directed by Arif Ali premiered on March 20, 2020, on Netflix. The series consists of 7 episodes each running for about 36 minutes. According to IMDB, the series has been rated 6.5 out of 10 by 3.7K users. The series deals with pretty edgy and dark themes like drug trafficking and prostitution, even though the series is unique and the actress has done a great job at pulling off this character. The series has not reached a mass audience yet, though the viewers who have watched the series have mixed feelings about the series. A female senior constable disguises herself as a prostitute for an undercover operation to catch a narcotics dealer who finds her true hidden power through this operation. The trailer of the series was dropped on March 4, 2020, on Netflix India’s official YouTube channel which has now got 3.7 million views and 34K likes. The series made a good try to catch the attention of the audience with this clever concept however being created by the legendary director Imtiaz Ali the series somehow failed to get the right amount of attention.

Is She Based On A True Story?

The series follows the story of a normal female senior constable who takes an unusual task under her belt that changes her life forever. The series is very dark and edgy and it might seem like a story inspired by a true event however the creator of the series Imtiaz Ali has not revealed any such information yet. We can assume that the story is not based on a real-life event because if that was the cast then we might have gotten tonnes of responses from the creator. Aditi Sudhir Pohankar has portrayed her role so well that one might assume that this is someone’s true story and even the story itself seems so realistic. But as we have already mentioned there is no possibility of the series being inspired by a true story.

The series follows the story of a senior police constable who takes the challenging task to find a drug smuggler. Mumbai police crime branch anti-narcotic senior officer Jason Fernandez is assigned with the task to arrest a drug smuggler named Sasya. however catching this one drug smuggler is very tricky, because the police department has been trying to catch him for the last three years. Three other smugglers have taken the identity of the Sasya to save him from being arrested by the police department, but the police have an eye on one of the smugglers they possibly cant go and this particular smuggler because if they catch the fake one then the real Sasya will get alert and leave the city. Sasya has only one weakness which is a prostitute to catch the real Sasya the narcotic department disguises a senior police constable named Bhumika to accomplish the task. Even though Bhumika was a pretty naive girl she accomplish this task smoothly, the police department catches Sasya with the help of Bhumika. Her department commends her for completing the undercover investigation, and she is assigned to find the link in the drug trafficking chain. Bhumika then becomes a proper undercover agent and takes on other tasks to help the police undercover the roots of the drug trafficking chain.

Where To Watch She Online?

The series originally premiered on Netflix, and it is currently streaming on the same platform. 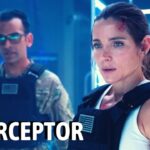