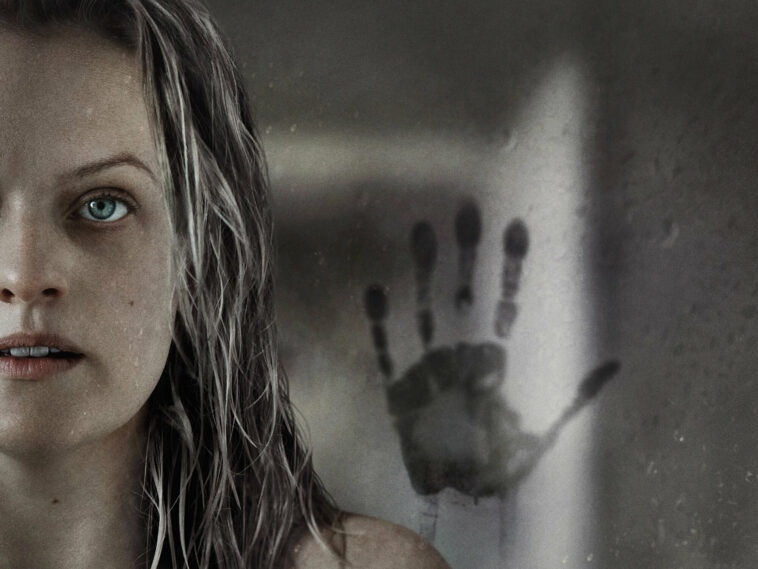 If you are a lover of the psychological thriller, ‘The Invisible Man’, then the reason you’re reading this article is relatable. You wish to re-experience the suspense and thrill you got from the movie, but in a new story. Don’t worry, we understand your dilemma and will help you reduce your options. In other words, we got you covered! ‘The Invisible Man’ had a fantastic plot and had an open ending, so you can interpret the characters intentions, and the ending you deem to see fit. We are providing you with a list of other such horrors, psychological, suspense and thriller movies, along with a bit of plot introduction (no spoilers) which will help you choose your next favourite.

This movie is the most similar to the invisible man, as the story was inspired by H.G Wells’ 1897 novel ‘The Invisible Man’ and its 1933 film adaption. The movie features a man who volunteers to be a test subject for a weird serum, injected with which can turn the subject invisible. This turned out to be a major success but things went out of their hands when the scientists couldn’t restore his body back to normal, which made the man go insane.

Where To Watch – You can purchase the movie from Google Play, iTunes, Amazon Instant Video and Vulu Or stream it online on Netflix and Amazon.

The Invisible Boy is a 2014 film directed by Gabriele Salvatores where a 13-year-old kid, who lives with her police inspector mom buys a cheap Chinese costume for a party. The costume was said to be previously owned by a superhero with mystical powers. The boy attends the party wearing the costume and is bullied by the kids. He wishes to be invisible and is shocked when he finds his wish coming true the next day. He takes revenge on the bullies and has a little adventure of his own, one which he never expected.

Where To Watch – The movie is available on Prime Video, VIDU, VIDU movie and TV store and Apple TV. You can also stream it on Netflix.

Black Swan is a 2010 American psychological thriller, where a ballerina named Nina Sayers auditions for a role in Tchaikovsky’s Swan Lake. Nina wanted to lead the dual roles of White Swan Odette and Black Swan Odile. She wins the role but is accused of providing sexual favours to the Artistic Director for the role. The next day, the girl who accused Nina meets with an accident, injuring her legs. A newcomer, Lily, is introduced to Nina and becomes her alternate. She is very talented and promising for the role, making Nina nervous. Nina starts hallucinating and is confused.

Where To Watch – Black Swan is available on Hulu, Disney+, Amazon Prime Video and ESPN. You can also rent the DVD and Blu-ray DVD.

Hush is a 2016 Horror and Thriller film directed by Mike Flanagan. The story revolves around Maddie Young, a deaf-mute young woman who lost her hearing and speaking ability when she was age 13, due to bacterial meningitis. She is a horror genre author who leaves New York, to live a secluded life. Sarah, her friend, visits her in her isolated home to give Maddie a copy of her book and leaves. She is chased back to Maddie’s house by a killer with a crossbow and a face covered with a mask. She tries to alert Madie but is killed. The killer decides Maddie as her next victim and the game of a deathly chase starts.

Where To Watch – Hush is available on Netflix.

Get Out is a 2017 Horror Thriller film directed by Jordan Peele. Chris is a black photographer, who is nervous meeting her white girlfriend, Rose’s parents. Her parents, Dean and Missy Armitage are welcoming and are fine with Rose dating a black guy. Missy is a psychiatrist and volunteers to help Chris with his trauma and his habit of smoking. He agrees and the session is a great success as he doesn’t feel the urge to smoke. He doesn’t have any memory of the session and thinks the family is a bit odd. He is invited to attend their family’s annual get-together where everyone Rose holds dear will be present.

Where To Watch – The series is available on Netflix DVD, Prime Video, VUDU, VUDU movies and TV store, Apple TV, RedBox and ROW 8.

Us is a 2O19 horror thriller, directed by Jordan Peele. Adelaide Wilson is a part of a family of 4, and they are on their way to visit her childhood home on the beachside. Adelaide is worried, reminded of her traumatic past where she saw a doppelganger of herself as a child. The family is inside the home, where they see 4 people standing outside the house. They break into the house and capture their family. They reveal themselves to be doppelgangers of Adelaide’s family, who want to live with their identities in the future.

Where To Watch – Us is available on Amazon Prime, YouTube and Google Play Movies and TV.

ALSO READ:- best Indian horror web series in Hindi that might Hide you under the bed

Run is a 2020 horror thriller directed by Aneesh Chaganty. The film tells the story of Chloe, a teenage girl who is homeschooled by her mother, Diane Sherman. Chole was a premature baby with various complications resulting in which she wasn’t able to walk, and needed to take various medicines with her always. She wanted to apply for a college and is desperately waiting for the acceptance letter. One day while rummaging through grocery bags in hopes of finding chocolates, she comes across some weird pills with Diane’s name on the top.

Where To Watch – Run is available on Hulu and Netflix.

Split is an American psychological thriller directed by M. Night Shyamalan. The story starts with Kevin Wendell Crumb, a man suffering from dissociative identity disorder(DID), and as a result, is living with 23 different personalities within him. Dr Keran Fletcher helps him survive with his different egos. One of his egos, Barry, decides which of the egos get to take over Kevin’s body and for how long. But things get twisted one day when Kevin, possessed by one of his alter egos, kidnaps 3 girls (Claire, Casey and Marcia) and hides them under an underground place below the Philadelphia Zoo.

Where To Watch – Split is available on Amazon Prime Video, Hulu, VUDU, VUDU movie and TV store and Apple TV.

Malignant is a 2021 horror, crime, thriller movie directed by James Wan. Madison Lake Michelle is a pregnant woman with an abusive husband, Derek Michelle. One day she comes home taking an early leave from work as she is not feeling well. Derek and Madison have an argument which results in Derek smashing Madison’s head on the wall. Madison, now bleeding, locks herself in the room and sleeps. She wakes up later to find Derek’s dead body. She has a faint memory of someone entering the house while she was asleep. While she is busy processing the situation, the killer, who is still in the house, attacks Madison.

Where To Watch – Malignant is available on HBO Max and on Blu-ray and DVD.

The lie is a 2018 thriller drama directed by Veena Sud. The film is a remake of We Monsters, a 2015 German film. Kayla is on the way to a ballad retreat with her divorced father, Jay. On the way, they spot Brittany, Kayla’s best friend, walking on the side of the road. They volunteer to drop her as they are going to the same retreat. On the way, Brittany asks for a break so she can use the bathroom. Jay pulls over and the girls go inside the woods. Suddenly, Jay hears Kayla scream, only to find her sitting on a bridge over the river. She claims to have pushed Brittany into the water. Since the body wasn’t visible, the father and daughter duo visit Rebecca, Brittany’s mother.

Where To Watch – The Lie is available on Amazon Prime and HBO Max.

Intrusion is a 2021 psychological thriller, directed by Adam Salky. Meera and her husband, Henry, move into their new house, designed and built by Henry. Meera is a survivor of breast cancer surgery and is worried that the illness will resurface. Henry calms her by saying he’d be with her. They go out for a date and on their return, they find the house has been broken into and the only things that are stolen are their phones and laptop. They file a case and Henry installs a security system in the house.  A few days later, Meera wakes up, hearing strange noises and the couple is faced by the intruders once again.

Where To Watch – The movie is available on Netflix.

In The Tall Grass

In the Tall Grass is a 2019 Canadian supernatural horror film, directed by Vincenzo Natali. Becky and Cal are siblings who are travelling to San Diego. While they are travelling, they hear a young boy shout from the grass, who is silenced by his mother. Worried, they split up to search for the boy. While walking, they both feel like the distance just keeps on increasing, and they decide to leave. Unfortunately, they cannot find the road and Becky comes across Ross, the boy’s father, who asks her to stick close to him. She gets lost even after his warning. Cal comes across the boy who is holding a dead crow and claims that the grass cannot move dead bodies.

Where To Watch – In the Tall Grass is available on Netflix.

ALSO READ:- 10 Movies Like Bhool Bhulaiyaa That You Can Try! 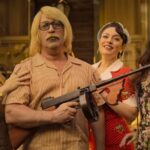